First Direct has the UK’s highest rate of mobile banking activity by number of customers. What does that do for the business? It gives the bank a significant advantage in securing customer loyalty, as smartphones and tablets rank very high in their propensity to delight customers. Just after First Direct in mobile usage are NatWest and Lloyds TSB, which reap another benefit: Mobile usage tends to reduce the number of branch visits, which leads to lower costs.

In the UK and many countries, mobile banking has finally come into its own. Some 26% of UK consumers that Bain & Company surveyed recently had used their smart-phones or tablets for some type of banking interaction during the previous three months. That mobile usage is slightly below the global average, though it is significantly higher among more affluent consumers and those aged 35 and younger. And online usage in the UK stands at 87%, which is higher than other countries in Europe and the Americas, though lower than in Asia.

The relative importance of mobile, online and other direct channels emerged from Bain’s new survey of 10,000 UK retail bank account holders, plus customers in 13 other countries across Europe, the Americas and Asia. Our survey finds that in the UK, as in many other countries, digital channels are delighting consumers (see figure). People love advanced features, such as remote bill paying or alerts when they pass a home for sale that meets their criteria. They also value the convenience of mobile devices for straightforward tasks, such as checking their account balance.

For retail bankers battling to retain customers and offer them more financial products, digital channels can be a powerful means of building loyalty—when those channels emphasise the right features and transactions, and when they dovetail tightly with phone centres and other ways that banks touch their customers.

Banks shouldn’t assume that they can simply build mobile platforms and that loyal customers will then follow. Mobile banking usage increases with income, our survey finds, yet the most affluent, high-value customers in the UK give their banks lower loyalty scores than other income segments: Wealthy customers are more demanding. They tend to look for premium service and tailored, expert advice through personal banking relationships, not just convenient digital channels.

Why do affluent customers matter so much? Moving affluent or mass-affluent customers from being “detractors” or “passives” to “promoters” of the bank is worth roughly five times the economic value of turning mass-market customers into promoters, we estimate. Affluent promoters own more products at a bank than do affluent detractors, and they tend to recommend their bank to affluent friends and family.

The two major themes of the survey findings—a surge in mobile banking and the tepid loyalty scores of affluent customers—point to a logical way forward. If UK banks can take out costs in the processes that handle routine transactions, they will be able to serve mass segments more profitably and invest disproportionately in high-margin services for the affluent.

Digital banking reduces branch visits, setting the stage for major branch redesign—and thereby for serving a mass market efficiently. Today, some 69% of UK customers still use the branch for routine tasks; however, once customers turn to mobile banking, many of them will make fewer (if any) visits to a branch.

Branches will not disappear, but their role will shift to lighter, more innovative formats. A few examples in other countries show the range of possibilities. EasyCredit in Germany operates self-service terminals, where customers can fill out the first stage of a credit application or pick up product packages to complete online at home. Citibank is piloting tech-intensive branches at high-traffic locations in Hong Kong, Japan and Singapore that rely on touchscreen walls, iPads and teleconference facilities. The point is to raise customer engagement with advisory services, while providing faster self-service for routine transactions through Internet kiosks.

Radical branch redesign, while daunting, can be done through test-and-learn experiments in trial markets. USAA Bank primarily serves its 9 million active and retired military members and their families through mail, phone, online and mobile channels, garnering top loyalty and customer satisfaction scores in the process. But recently, USAA has opened physical service centres at key locations where members are concentrated, often near military bases. At these centres, USAA associates orient their members to the bank’s services and technol-ogies, show them how to complete routine transactions through various self-service channels and assist them with video conferencing and other technology for more complicated transactions.

Most customers will embrace such formats if the self-service channels are intuitive and convenient. The challenge is to integrate disparate channels into a seamless “omnichannel” experience. Solid execution of the details will be critical. Does the bank prepopulate certain fields on application forms with customer data it already has? Do branch employees actively inform every walk-in customer about mobile applications? Does the core IT system provide a single master view of the customer?

Leading banks in other countries have already begun their network redesign. UK banks should start it now—before outside disruptors do. Waiting to act until the branches are drained of all routine transactions will be too late. 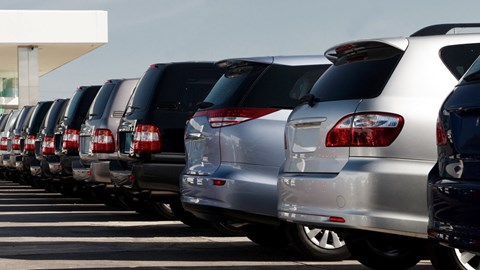