In just the past two weeks, I’ve heard two different CEOs, one European and one Mexican, ask, “How do I deal with all the clever people who are slowing down my company?”

My first thought was, of course, “all the lonely people,” the refrain from the Beatles’ “Eleanor Rigby,” and both CEOs looked at me quizzically as I started to hum the song. My second thought was that it is time to write a blog on this topic.

It is worth noting from the outset that there is nothing inherently wrong with smart people. Firms thrive with world-class talent, and world-class talent is generally pretty smart. And this is not a rant about folks whose job is to challenge the work of others and stop them from doing stupid things. Remember, I’m the guy who wrote a blog lionizing good compliance officers.

When these frustrated CEOs talk about “clever people,” they’re referring to managers who unintentionally slow up their companies with too many questions, too much analysis, too many conversations, too many PowerPoint slides—and not enough action. Because they are clever, it is very hard to challenge any individual example of them slowing things down. In isolation, their motivations and activities seem reasonable. But in aggregate, they are simply clogging things up. Stuff isn’t getting done.

We’ve talked about the problems of clever people throughout these blogs, but now seems a good time to put everything in one place. Below is my list of the five subtle ways that clever people clog up your company—and what to do about them. I’m sure at least one will resonate, but I’d be willing to bet that all will resonate and that tomorrow will be a bad day for “clever” meetings at your company.

1) The opposite of simple becomes “advanced” and not “complex.” This is a culture change that happens over time and is often so simple we don’t notice it, but it is a huge problem. Early in a company’s history, everyone understood that the opposite of simple was complex. This implied that there was a cost of adding a new process, a new piece of analysis, a new meeting—and that customers ultimately bore this cost. As a result, there was always a check and balance: If the clever people wanted to add something, someone else would raise the question of whether such a move would deliver customer value. But over time, the opposite of simple becomes advanced. This implies that any new step or any new meeting will make the company more advanced. This subtle change is immensely damaging. Suddenly, there is no consideration of cost, no checks and balances, and the clever people have a field day.

The action to address: Start asking anyone who is raising a new idea for a new step to answer one question: “Are you willing to pay for it?” Force your teams to think about the customer and the costs they are adding to your products and services. Of course, there are rare cases where you have to do things the customer doesn’t want to pay for—regulatory compliance, for example. But that is an exception. Most of the time, this simple question will reduce the number of new tasks and burdens added in the name of  advancement.

2) It becomes more important to make problems bigger than smaller. The leaders who thrive in insurgent companies are deconstructionists: They have a talent for taking big, hard problems and deconstructing them, so that individuals can take action. If you have a big problem pricing products in China, the leader figures out how to deconstruct the problem, breaking it down into issues that are small enough that folks can act. “I know China pricing is a huge issue, but right now we need to make sure that our pricing on product X doesn’t create problems for us in Germany and France. Let’s solve that today.”

The trouble—again damaging, but initially hard to detect—is when the leaders who make problems bigger begin to thrive in the organization. They point out how all issues are related and the need for integration and a big-picture view.  All very smart. Heads nod in the China pricing meeting when they say, “I know China pricing is a huge issue for us and it raises a fundamental problem: We have no consistent way to decide pricing between markets, or to bring our supply chain in, so we can confirm margins. We’ve got a big organizational problem here and we should solve it.”

This is almost certainly a true statement. But it also means that a) no one is going to act to solve anything on China today, and b) if you really need to fire up a new project group to deal with complex organization issues, it is unlikely that we’re going to resolve China pricing in the next nine months. For all the right reasons, the company is not acting in the external market, but are piling up more internal initiatives. And clever people love internal initiatives.

The action to address: Make it a rule: “We will solve the specific 10 times before we resolve more complicated horizontal issues.” The response in that meeting becomes, “You are right. Our pricing decision making is a mess. But let’s help our China team resolve these four pricing issues today. And let’s keeping doing that for the next couple months and we’ll start to see patterns that demand more fundamental organizational changes.” By doing this, you send a signal: The leaders who will thrive in your company are the ones who figure out how to make problems small enough to act upon.

3) No one cares about energy or the cost of energy vampires. Complexity not only creates an external cost—you’re forcing your customers to pay for your added initiatives and processes—it also creates massive internal costs. It robs your people of energy. Complexity gives rise to energy vampires who are very talented at sucking energy out of your people. Because no one measures the energy of organizations, no one can quantify the costs of these energy-sucking people and tasks. Instead, you see the costs indirectly: In the defection of your stars, in the recruits you didn’t land, and in the direct advice and feedback you’re not getting because the truth tellers are reporting to energy vampires. Many clever people are energy vampires, finding lots of ways to slow down action in your companies.

The action to address: Start 360-degree feedback that measures and answers, “Does this person bring energy to you and inspire you, or does this person rob you of energy?” Your people can’t wait to reveal the energy vampires. You just need a way to ask.

4) The company undervalues doers and treats execution as a commodity activity. In many organizations, there is a gradual devaluation of the doers—the key employees who get the job done, day in and day out. In insurgent companies, the opposite is almost always true: The people who are valued are the ones who get out of the office and execute. In most cases, the only thinker is the founder—and he or she surrounds him or herself with doers. Yet over time, as the company broadens its management team and professionalizes, there are more and more executives in thinking roles. And something happens: The doer role is somehow seen as the easy, commodity job and the thinking role is seen as the important job. Rather than the hierarchy that most founders embrace (“There are those who sell and those who support those who sell”) the hierarchy shifts to, well, a hierarchy, with thinkers at the top and doers at the bottom. Clever people love this.

The action to address: Make sure that the next 10 hero stories you tell are about doers, about the front line, about those who execute. Celebrate them, elevate them. And be prepared to shut down conversations among your thinkers that imply that doers are somehow less important than thinkers.

5) People become more accountable for the process than the outcome. Every CEO faces this at some point. My favorite example, shared with me by a CEO, involves the innovation pipeline. “I walked into an innovation meeting where we were talking about the next set of product launches,” the CEO said. “There were about 30 people in the room and they were going through a 50-slides deck on the innovation funnel. I stared hard at the set of innovations that had reached the end of the funnel and I just didn’t get it. I didn’t like any of them. And I asked the room: ‘How many of you are excited by this set of products? How many of you think our consumers will be excited?’ No one jumped in. No one took the floor to defend the choices that had emerged after months of committee work. Instead, what I heard were lots of comments about the process. About how rigorous it was. How inclusive. How well the team had followed our new innovation process."

The action to address: Force all discussions to be about quality of outcomes, not about process. Role-model it. Create hero stories around those who broke processes to ensure outcomes. Don’t use any stories about people who did the opposite.

Again, this blog is not intended as an all-out assault on brains. Smart people create tremendous value in companies and inspire the talent you need to exceed.

But the problem of clever people is real. It can turn small and large companies into zero-growth, struggling bureaucracies. I’ve used this blog to capture in one place examples of how "all the clever people" can, for all the right reasons, start to slow things down, add complexity and turn your company inward. These are subtle, slow-moving culture changes, but over time they can bring your company to a halt. And no company wants to end up like Eleanor Rigby: Buried along with her name, and nobody came. 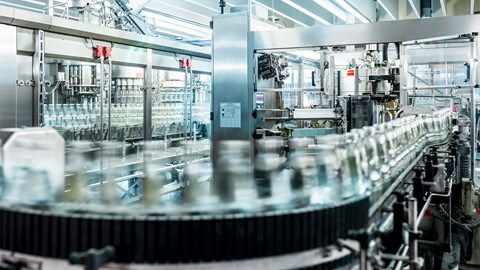