This week Uber took a major step toward righting the ship with the choice of Dara Khosrowshahi as its new CEO. To succeed, our research shows, he must address—at the same time—two large issues that are among the most challenging in business: win at the “inner game,” by removing the internal barriers to growth and restoring the energy of the company, and win at the “outer game,” by showing that Uber can generate profitable growth.

Khosrowshahi has much working in his favor. Since its founding just eight years ago, Uber has become one of the best-known brands in the world, has presence in over 80 countries, has market share reported at 77% in its core U.S. market, and still has a large cash hoard for investment from its last financing round at a valuation of $68 billion, making it the highest-valued unicorn in the history of business.

Yet, despite this extraordinary set of assets in the hands of Uber’s new CEO, few would diminish the challenges facing Khosrowshahi, especially because he must proceed under the watchful eye of his predecessor, founder Travis Kalanick, who remains a board member and the biggest owner of voting shares of stock.

Our Bain & Company team recently concluded a five-year study to better understand the growth paths of over 8,000 companies across the world and the predictable barriers to growth that those companies faced (see some of those results reported in The Founder’s Mentality, which I coauthored). This work underlines how, to succeed, the new Uber CEO must move quickly to win at both the inner and outer games of growth.

Win at the Inner Game: Rid the Company of Barriers to Growth


Our research has shown that 85% of the major barriers that successful companies like Uber face in scaling their business are internal factors—loss of accountability, increasing distance from the front lines, and overload—not external ones like poor markets or ineffective strategies. A survey that we conducted earlier this year, of 319 executives around the world as well as 12 CEO workshops with leaders of over 100 of the most promising growth companies, indicates that the most troublesome challenges cluster in four areas. Remarkably, Uber has been hit by all four problems at once—a perfect storm that we rarely saw in our work. So, what are they?

The first issue that young companies often encounter is what we call the unscalable founder (37% say this is an issue for them). This occurs when the founder’s leadership skills hit a limit, inhibiting the ability of the company to go to the next stage. In February Kalanick wrote an internal memo indicating that he needed more leadership help, having reached the limits of his ability, hence this week’s announcement of a new CEO.

The second common problem of fast-growing companies is revenue growing faster than talent. We found that 55% of growing companies felt this was a major issue; in fact, it was the top growth barrier across all of our research. A recent Washington Post investigation titled “The big problem for Uber now: Attracting talent” detailed the roots of this problem throughout the company and at the top, where 13 of the top 20 management positions remain empty, including the positions of COO and CFO. Rebuilding the entire crew while flying the plane is never easy, especially at the altitude Uber has achieved and its desired rate of speed. Uber needs a viable talent plan that matches its growth aspirations to its talent supply in order to have a chance of maintaining momentum.

Lost voices from the front line is the third major challenge we found. This occurs when the energy of the company is increasingly focused on internal problems that have nothing to do with customers, with the pernicious consequence of increasing the distance between the senior team and the front line. Our research shows that when things go wrong internally, the effect at the front line—in this case, the drivers and customers—is immediate and pronounced.

Uber’s much-publicized episodes with its drivers—including one unfortunate exchange between its founder and a driver late one night—exemplify the problem. A driver survey this year showed that Uber drivers are now less satisfied than Lyft drivers. At the same time, research by the tracking company Second Measure has shown sudden drops in market share in key cities, starting with the movement of frustrated customers called #DeleteUber.

Our research on CEO changes that have renewed internal energy and profitable growth, such as those at Starbucks, DaVita, Home Depot, Lego Group, and Charles Schwab, reveals that renewal must start at the front line. Khosrowshahi needs to spend a large share of time in the field, not in the corporate office, despite all the pressure to do the opposite.

The fourth issue plaguing fast-growing companies is erosion of accountability. Organizations under stress cause people to focus more on avoiding blame than on taking risks and assuming responsibility to solve problems. The result can be a toxic culture where teamwork and trust erode, where no one is the custodian of values. Employees in companies where people do not feel emotionally engaged and lack trust are only one-fourth as likely to invest their own time to offer new ideas or to spend extra time to solve a customer problem as those where people feel a shared mission and responsibility. Uber clearly has a culture problem, as evidenced by the investigation led by former Attorney General Eric Holder, which highlighted the company’s cultural deterioration and toxicity.

Win at the Outer Game: Prove the Profit Economics of Uber’s Repeatable Model


Uber’s remarkable growth, in which its $68 billion valuation is rooted, resulted from a repeatable model at the city level that has allowed it to grow so quickly to more than 700 cities, an almost unprecedented rate of expansion. Yet lost in all of the focus on the internal dramas surrounding Kalanick is the fact that last year Uber incurred losses of $2.8 billion on revenues (after drivers took their cuts) of $6.5 billion. In defending the numbers, some have pointed to Amazon’s well-publicized strategy to focus not on profit but on building the business as a reason to dismiss this concern. However, after its IPO, Amazon’s losses were in the millions, not the billions. Moreover, Amazon had a hammerlock on its core online business, where Uber faces more competition, from Lyft in the United States to Grab in Southeast Asia (with 930,000 drivers). Uber’s China business was acquired in 2016 by Didi Chuxing (with more than 400 million users in more than 400 cities in China, the largest ride-sharing company in the world). Khosrowshahi must demonstrate how Uber’s repeatable business model generates profitable growth.

The history of internet-based technology platform businesses shows that in the growth phase, rapid losses of position are possible. Just think of how fast MySpace lost the social networking business to Facebook. It is hard to believe today that, little more than a decade ago, MySpace had more visitors than any internet site, including Google and eBay. It was the pioneer in social networking, arguably one of the highest-potential markets ever. Yet along the way it failed to perfect its repeatable model and, like Uber, it encountered a perfect storm of internal factors killing growth, and stumbled in addressing them. MySpace was quickly overtaken by upstart Facebook, whose founder, Mark Zuckerberg, has built his reputation on staying in close touch with the detail of the software and the front line of the business. The lesson is that strategic reversal can happen quickly.

Uber’s new CEO has much to do, and our research shows that he will have to win first on the inside in order to win on the outside. When we studied 28 unicorn companies, we found that two-thirds of them stalled out or seriously stumbled due primarily to internally triggered issues that rippled to contaminate their market performance. Uber’s success will rest on its quickly winning the inner game and turning that energy into a profitable repeatable model that its competitors cannot make gains on in the marketplace, and that ultimately discourages them from reinvestment. Khosrowshahi has a battle on his hands on both fronts; he also has the tools to solve them.

Chris Zook is a partner in Bain & Company’s Boston office and has been a co-head of the firm’s global strategy practice for twenty years. He is a co-author of a number of bestselling books including Profit from the Core and The Founder’s Mentality: How to Overcome the Predictable Crises of Growth (Harvard Business Review Press, June 2016).

The Greatest Barriers to Growth, According to Executives

Eighty-five percent of executives say that the greatest barriers to achieving their growth objectives lie inside their own four walls. But what can you do about it? 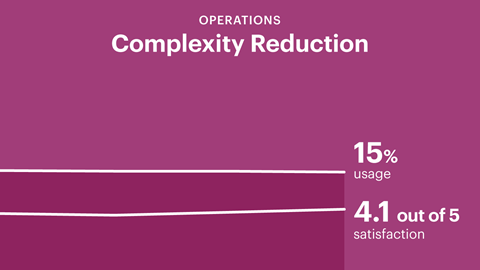