The imperative to sharply improve business processes, and even reinvent the business, using automation technologies is gaining steam. Healthcare insurer Anthem, for instance, aims to automate half of its work by 2024.

One way to automate is through teams: Set up a project team, or an automation center of excellence (CoE), identify the right activities or tasks, reimagine a business process, and then automate the activities.

Another way is to get automation technologies into the hands of a broad swath of employees who can, in turn, automate work on their own. In 1993, Microsoft’s introduction of Excel 5.0 for Windows, which included Visual Basic for Applications and the ability to create macros, put the power to automate repetitive tasks in the hands of people with basic technical skills.

While involving a wide range of employees in automation isn’t new, increasingly powerful types of automation are rapidly emerging. These include robotic process automation (RPA) and cognitive automation tools deploying machine learning, natural language processing, and other forms of artificial intelligence. Unlike earlier tools, these new technologies hold tremendous promise for automating an even greater amount of manual work and simultaneously giving organizations resources to support effective collaboration and governance.

To harness the potential of these new technologies, companies need to grow automation in both ways—through project teams and CoEs and through employees interacting with the tools and automating their own work. Until now, the former approach has been more prevalent.

This presents a challenge: How can companies empower employees to more enthusiastically embrace automation, with flexible and easy-to-use tools that have strong governance, without creating more complexity for IT teams to manage?

Sustained success in automation requires enlisting the organization more broadly to set the right goals and generate new opportunities. Most business users may not have specialized technical backgrounds, yet they’re capable of using automation software and tools. They can automate work through self-service tools or even participate in more sophisticated initiatives, including developing automations and submitting them for approval. This won’t happen in a vacuum, and it goes beyond giving employees access to tools. The organization must make people aware of automation possibilities, evangelize adoption, create clear guidelines, build training programs, and offer incentives.

While plenty of organizations have automation CoEs, they have struggled to expand beyond a few processes. Democratized automation can attain greater scale by targeting use cases that a CoE otherwise wouldn’t have capacity to build or would miss due to limited familiarity with business processes. It also fosters a more productive and skilled workforce.

Companies that have successfully democratized automation realize other substantial benefits as well. Dentsu, a global media and digital marketing communications firm, launched its Citizen Automation Program with a mission to integrate automation into every business process across the company. Although its automation CoE had successfully delivered projects such as building 60 robots in under 30 days to complete a large-scale data migration project, saving over 125,000 hours, the CoE realized it would quickly become a bottleneck to identifying and implementing the long tail of opportunities.

Now employees can identify opportunities and automate their daily challenges independently, submitting automation ideas and tracking their progress via a dedicated platform to ensure centralized oversight and transparency. Dentsu estimates that employee-initiated automations completed during its first group of two-day hackathons have already saved over 3,000 hours of manual effort. These automations help employees keep their marketing campaign process on track, improve quality assurance, and free them up to focus on more valuable, strategic, and creative aspects of their work.

Despite the clear need, few organizations have made meaningful progress toward democratizing automation at scale—primarily due to four perceptions.

Many of these perceptions haven’t been formed through actual experience, however. Few companies have mature, democratized automation programs operating at a large scale. As a result, many senior leaders may not fully understand how employees feel about automation.

Returning to robotic process automation, a joint Bain & Company and UiPath survey of over 500 IT and business users of RPA found that 86% of employees are willing to use these tools, yet only 14% were provided the opportunity. Just 30% of organizations had some form of attended RPA deployment (bots that reside at an employee’s workstation and are triggered by specific events, actions, or commands from employees). And only about 5% of companies have any RPA development led by business users (see Figure 1). Of this 5%, only about one-third said they have a mature, democratized automation program—or less than 2% of all surveyed companies.

Only a few organizations have RPA development led by business users

The first gap is lack of awareness. Despite RPA’s rapid growth, 66% of employee respondents have not even heard of RPA (see Figure 2). Making them aware is an obvious first step.

A minority of employees are aware of RPA, and fewer have used it or created bots themselves

Once employees know about it, the great majority want to use RPA. Of employees who have heard of RPA, 60% have never used bots to perform tasks. Despite that, 86% cite high willingness to do so.

Among employees who already use RPA, half have never created a bot themselves. Still, some 80% are very willing to develop automations.

Companies will need to overcome barriers to RPA use and development

These findings underscore the importance of reconciling the automation paradox. Despite the widespread interest, many leaders mistakenly believe employees are not willing or able to use these tools.

While our survey focused on RPA, these trends also apply to other forms of automation. Building awareness of low-code and no-code automation tools, along with providing organizational support, should help increase adoption.

Business users want to free up time to do more valuable work and improve their skills. But they often feel hamstrung by IT and CoEs. Those who are eager to use and even develop automations may struggle to get the necessary support.

For their part, IT and CoE teams don’t want to cede control over identifying, building, and managing automations to business users. They have concerns about quality, security, governance, training, tool proliferation, scalability of automated solutions, and cost.

Senior executives, meanwhile, care most about enabling growth, increasing productivity, improving service quality, and enhancing customer satisfaction. They are only interested in automation if it will deliver significant business value.

With those perspectives in mind, the experiences of leading companies that have overcome the automation paradox suggest four themes for success.

Break through the noise. Most companies have numerous, often competing, business priorities. Why pay attention to automation over other priorities? CEOs need to convince their executives that automation is central to reinventing the business. And reinvention requires not only that business and functional leaders, supported by an automation CoE, identify and execute on automation ideas, but also that every employee contributes to achieving the automation goals. Business leaders will need to adjust the traditional view of automation as an initiative imposed on employees to an initiative alongside, or in collaboration with, employees.

Inspire employees. As mentioned, awareness is low. Just as a CEO must rally the senior management team to the cause, automation leaders need to inspire employees to take an interest in automation for their everyday work.

Hackathons, big prizes for great ideas, and bonuses for people who come up with winning proposals are among the ways to inspire. Companies will also have to think through what they do with the savings derived from an automation project, and how to reward the employees who enable it.

As automation takes hold, quarterly performance goals may include digital adoption scores tied to automation tool certifications. Organizations could establish digital personnel records that allow them to update and track milestones throughout a person’s career. Just as companies get consumers excited about buying a product, they can use similar marketing techniques in service of selling automation internally.

Singtel launched “a robot for every person” with the goal of saving at least 30 minutes weekly for each employee. This program is not an investment in bots but in people. Since the way work is done will change as Singtel introduces automation, the company invested time and resources to help employees upgrade their skills.

Formalize the democratization. Success with automation entails coaching employees on how to spot use cases and how to navigate the transition to digital processes. Digital transformation requires not only new tools but also new ways for people to collaborate.

World Fuel Services conducts workshops to showcase the potential of automation, with real-life examples to make it interesting and relatable. With the CoE team as an advocate, World Fuel Services introduced an employee-initiated automation program that allows anyone in the organization, regardless of technical skills, to create software robots for everyday clerical tasks. Continuous communication makes people aware of the value of automation, including opportunities that might lie within their departments and what it can do for them personally.

Invest in culture change. Smart leaders recognize, and act quickly to address, employees’ fear of losing their jobs to automation. They communicate early and often on the impacts that automation will have in their companies. Democratizing automation ultimately requires employees to adopt a digital or automation-first mindset. And to do so, employees need clarity on what is in it for them as individuals. It’s important to highlight how automation empowers employees with better skills, allows them to focus on higher-value activities, and ultimately leads to greater advancement and rewards over their careers. And companies should celebrate the successes of employees who innovate the use of automation to add business value.

As automation of all kinds spreads throughout the business, many companies unwittingly limit its potential. That leaves a huge amount of value untapped. Properly scoped and sequenced, an automation democratization program helps companies harness employee knowledge and creativity to surface new opportunities for automation and ultimately reinvent their businesses.

UiPath has a vision to deliver the Fully Automated Enterprise™, one where companies use automation to unlock their greatest potential. UiPath offers an end-to-end platform for automation, combining the leading robotic process automation (RPA) solution with a full suite of capabilities that enable every organization to rapidly scale digital business operations. Learn more at www.uipath.com. 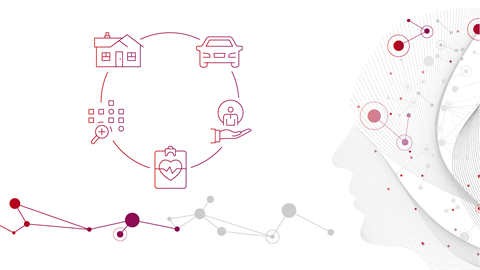