Although they’re beset on all sides by challenges, traditional retailers still have an opportunity to redefine the way they engage with shoppers and outmaneuver competitors—putting themselves on a more even footing with the digital natives that have lured away many of their customers.

Embracing that opportunity requires a ratcheting up of strategic investments way above the historic norm. Walmart, for instance, has had to intensify spending on its omnichannel capability—adding pickup capabilities for online grocery orders in thousands of stores, say—while also using mergers and acquisitions to digitalize faster, through deals such as its $16 billion purchase of a majority stake in Indian e-commerce group Flipkart, and the 2016 purchase of online marketplace Jet.com for $3.3 billion.

To fund these strategic investments, retailers are constrained by the industry’s low margin structure. Curbing spending is one of the only practical options, but that means reducing costs far more extensively or comprehensively than most retailers have done so far.

That’s a huge challenge, but not an impossible one, especially when you look at the true scale of the possibilities for sustained cost-cutting—and the value created by the minority able to pull it off. Bain research has shown that 9% of listed US retailers increased productivity for five straight years from 2012 to 2017. The reward for shareholders? Superior stock performance, in good years and bad: Total shareholder returns rose by 25% a year, more than double the sector average of 10% (see Figure 1).

A big reason most retailers miss out on these benefits is that they don’t take an enterprisewide view of cost reduction. They focus only on a narrow part of the cost bar, largely because that has worked in the past, picking off just enough savings to maintain the status quo. That’s not an option anymore, given the size of the investments required and the fact that most of the low-hanging fruit was reaped during multiple cost-productivity drives in the past.

Shifting to an across-the-board approach is only part of the solution, however. To realize the savings hiding in plain sight, retail executives also need to apply game-changing thinking to each element of the cost bar. Crucially, they then link this cost transformation with strategic goals, ranging from the development of seamless omnichannel shopping, to simple price cuts, to the mastery of new digital capabilities in areas such as personalization and advanced data analytics. 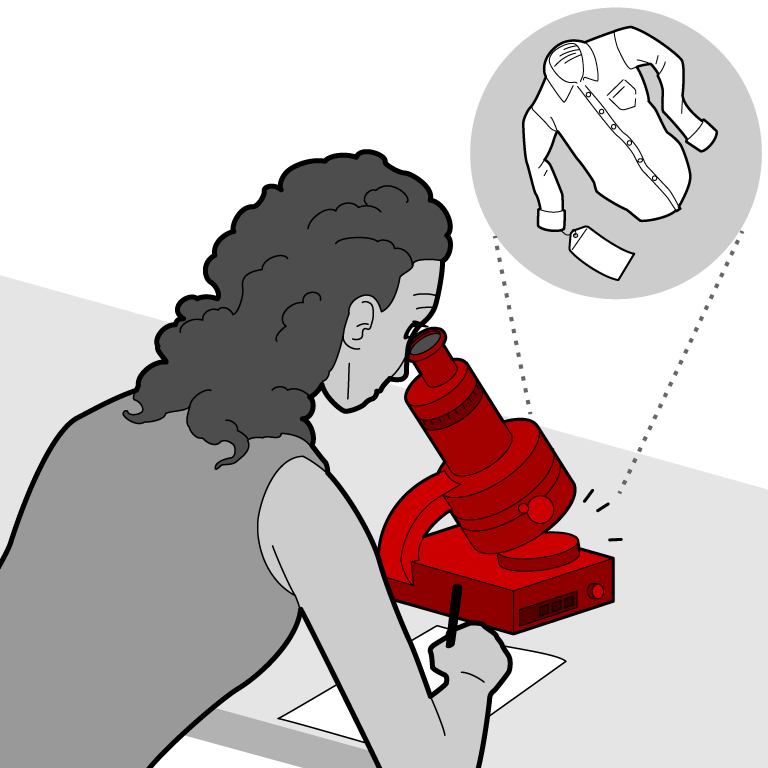 Retailers need to take an enterprise-wide view of cost-savings opportunities.

Fighting costs on all fronts = more money to reinvest

So only one in eleven US-listed retailers is a cost champion. That’s actually better than average. Across all industries, the figure is one in seventeen. But there’s a grim reason why retail executives are a little further along this road: the existential challenges they face are more severe than in many other industries.

They must confront a broad range of strategic issues. Technology is enabling shoppers to behave in dramatically different ways; generational shifts in behavior, such as the rise of personalization, are even more jarring than usual. Consumers expect more: convenience, low prices, easy switching between online and offline shopping, and a long list of other nonnegotiables.

Retailers are trying to upgrade their digital capabilities on multiple fronts to cope with these changes. They know they have to invest heavily in advanced analytics and their often-creaking IT infrastructure. But at the same time, they face increasingly challenging trading conditions. Operating headwinds—including pricing pressure, inflation, minimum-wage hikes and the short-term effect of changing shopping patterns—could knock as much as 500 basis points off their earnings before interest and taxes (EBIT) margin over the next five years, according to Bain estimates.

Just as they fight on all fronts externally, retailers need to fight on all fronts internally to transform their cost structures. This means looking at all parts of the cost bar with fresh eyes to create a larger pool of funds to reinvest in high-priority areas. That’s a big shift from the incremental view that many are taking today. It’s also a much more concentrated strategy than the “try to do everything” approach weighing down many retail leaders. Executives can significantly improve long-term performance if they take the leap.

Game-changing thinking across the cost bar

The good news is that retail leaders can identify savings opportunities quickly. In a matter of weeks, they can discover the most promising “hot spots.” Data-driven executives have an advantage in finding and then realizing these savings, but not if they rely solely on benchmarking. Customer focus is key, too.

Take cost of goods sold (COGS). Historically, retailers have followed a crude “just buy it cheaper” mantra, but blanket demands for 1% or 2% off each unit aren’t going to produce the fuel needed for reinvestment today. Cost leaders are already getting much better results from an analytics-driven approach linked to category strategy. It’s the only way to get a deep enough understanding of which products consumers really value.

Armed with this data, leaders manage negotiations in a way that creates clear winners and losers among suppliers, calling the bluff of those whose products won’t be missed on the shelves and rewarding those that actually drive the category. The result? A gross profit-margin boost of 150 to 300 basis points (see Figure 2).

One retailer adopted this radical approach to COGS after losing sales to discounters that had undermined its reputation for value. Within one year, it had captured savings equivalent to 4.2% of COGS, later improving this to 5.7%. It boosted its negotiating power by deepening its analysis of category data, benchmarking suppliers, leveraging big data and advanced analytics to analyze loyalty and substitution, and other measures. While negotiating robustly with suppliers—partly by creating more competition in its supplier base where necessary—it also took pains to inject a collaborative note into talks, highlighting “win-win” situations for both parties and using its authoritative command of facts to gain trust.

Advanced analytics is transforming retail supply chains, meanwhile. It offers unprecedented visibility over the way items flow through distribution networks and the costs they incur along the way. This data enables executives to make better decisions on everything from when to offer free shipping to which SKUs should be pruned. With other measures such as targeted automation, advanced analytics can cut supply chain costs by 10% to 20%, a gain that would have been inconceivable in the analog era.

One US retailer realized it could reap 10% distribution labor savings by routing products differently through its warehouses. The product flow modeling that enabled this insight involved 600 million rows of customer transaction data and led to the creation of a “supply chain P&L” to shape future decisions.

In the long term, automation will transform another area of the cost bar: store staffing. In the short term, however, surprising gains are now possible through more traditional productivity measures in this area, such as smarter scheduling and cross-training staff to handle multiple activities.

Cost champions know what their shoppers care about and invest in these areas, making sure that they get credit from customers for nailing the most important things. They also know what customers don’t care about. That’s where they take costs out, redesigning processes and introducing automation where possible to cut workload. Savings can reach 5% to 15% of gross labor spending if this playbook is followed. Some of these funds can be reinvested to deploy staff in underserved areas, improving the customer experience and increasing sales.

Store labor savings can require the most patience of all the cost-bar efficiencies. Self-checkout took a fair bit of time to become commonplace. Other innovations—such as robots that scan shelves and electronic shelf prices that change based on expiration codes of products and inventory levels—may soon follow. Retail has so far been largely immune to labor innovation and automation, with employment broadly rising along with output in the US. Industries such as mining, manufacturing and healthcare show how much productivity can grow when labor innovation and automation kick in (see Figure 3).

Unlike other industries, retail has been largely immune to labor innovation and automation

When it comes to nonwage selling, general and administrative (SG&A) expenses such as store supplies, maintenance and services, the traditional approach focuses on supplier savings. Some executives are now gaining an edge by questioning whether those goods or services need to be bought at all. What’s more, they avoid the most common mistake in nonwage SG&A: generating savings only to see them swallowed up by another part of the business. That rigor—often supported by zero-based budgeting—enables savings worth 8% to 12% of addressable spending.

Finally, game-changing thinking can also reduce corporate and back-office costs. In the past, many companies trimmed headquarters spending in the expectation that 90% of the staff could do 100% of the old workload. Incumbent retailers need bigger savings today. Some have already realized that they have to do less as a consequence, and then carry out the remaining work differently. They therefore take a clean-sheet approach to their headquarters activities and ditch work that customers (both internal and external) don’t value, then use digital tools to streamline what’s left. This can save 15% to 30% of headcount costs, with half hitting the P&L in year one.

Few retailers have run a full potential, integrated cost-savings push. Except for cost champions, most efforts have been disconnected one-offs, not a continuous drive tied to company strategy. This pick-and-mix approach means executives are used to postponing investments. When funds wouldn’t stretch, it wasn’t fatal to say, “Put home delivery on hold.” Those days are over. Executives at traditional retailers know that they have to invest on all fronts to have a shot at staying relevant (or afloat) in an Amazon-led era. They need to bankroll a reinvention of the customer experience, massive IT upgrades and scores of other improvements.

A fully integrated program can help them achieve the long-term cultural change needed for this digital transition, as well as generate the cash to power it. Cost champions have shown the way by linking cuts to strategy. They connect savings with the need to fund growth. They know when their stores and services must be best in class, and when they can be good enough (best in cost). What’s more, having identified savings, they shepherd them through to the P&L. They avoid the curse that afflicts many CFOs: All business units declare “mission accomplished,” but the benefits somehow don’t hit the bottom line.

When they can’t attack all options simultaneously, the more effective executives sequence their integrated savings program to minimize investment and maximize impact (see Figure 4). In the early days, they use quick wins such as nonwage SG&A savings to fund later steps; they might also start out by tackling wages at headquarters to set a frugal tone for the broader company.

The opportunities for savings, as well as the time and investment needed, vary across the cost bar

Executives can start by asking themselves seven questions before embarking on an integrated cost-reduction program: 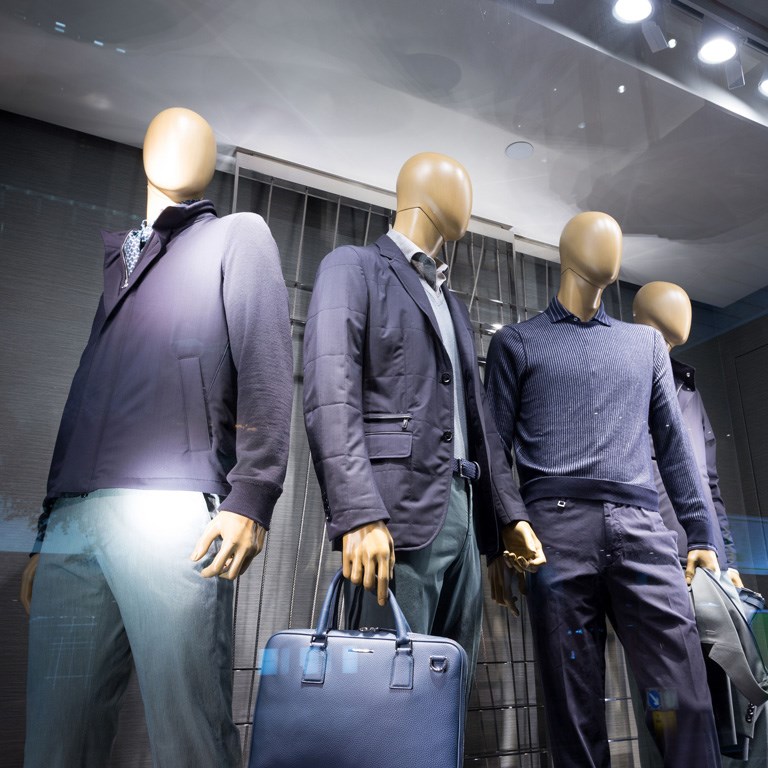 Why traditional belt-tightening is not enough. 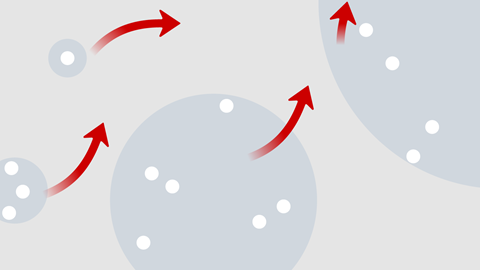 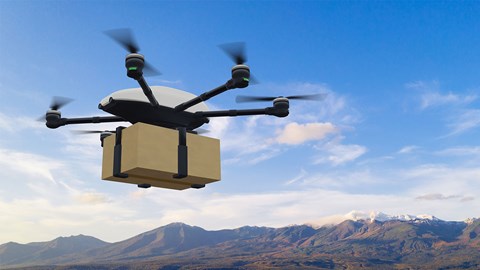 The Future of Retail: The Age of Convergence

While incumbents have upped their digital game, tech-first players are learning old-school retail. 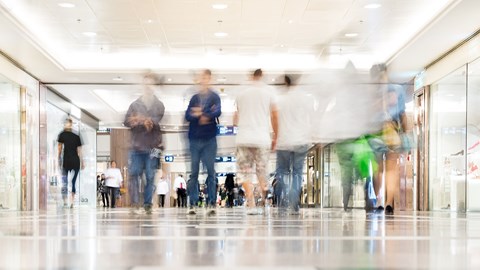 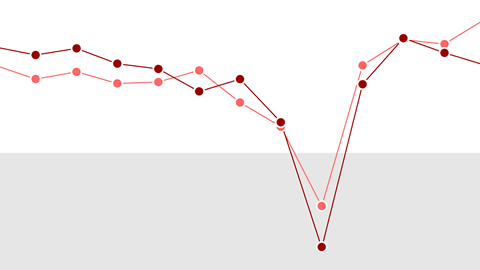 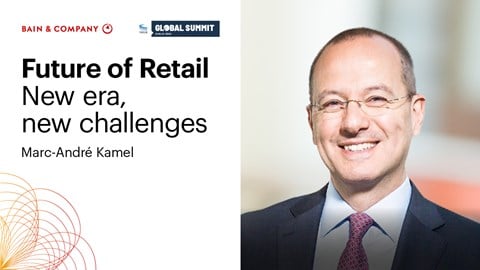