What is it that gives your company an edge over its competitors? Is it technology? Strategy? Market position?

Among industry-leading companies, more than 40% of executives say their key competitive advantage is their ability to keep costs low. And not just during a downturn. Companies with consistently lower costs can out-invest rivals in R&D and marketing, compete on price, and quickly shift resources to gain market share, all while maintaining strong margins.

Given those incentives, you’d think companies would keep costs low all the time.

Yet even when times are tough, many companies struggle to achieve the reductions they aim for. Despite the flurry of cost-cutting efforts in response to the economic downturn, a recent Bain & Company analysis reveals that nearly 60% of corporate managers who tried to shave expenses by 20% or more failed to reach their goal. And when the economic pressure to slim down eases, as it seems to be doing now, fat begins creeping back in immediately.

But some companies not only reduce costs, they keep them low over time. We analyzed the performance of 68 large U.S. public companies that announced major cost-reduction initiatives in the first quarter of 2009 and found that, a year to 24 months later, more than 20% of those companies had maintained or grown their EBIT despite revenue drops of 10% or more—a remarkable achievement.

What do these companies do that the others don’t?

A fresh look at procurement

As supply costs increase, a more comprehensive approach to procurement can boost margins and fund growth. 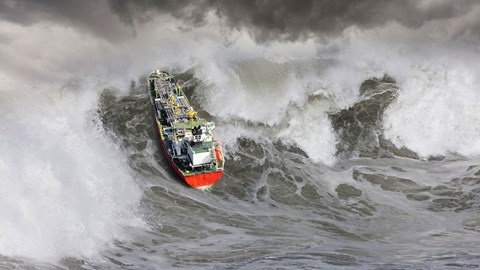 The playbook for an individual bank’s next moves will depend on its financial health.

Covid-19 and Beyond: Cash Management Practices to Weather the Downturn