A group of Japanese CEOs recently gathered for a private dinner in a French restaurant in central Tokyo. They came from a broad set of industries, ranging from technology to financial services to fast-moving consumer goods. As plates of petits farcis were delivered to the table, the executives, all globally minded, discussed a broad menu of topics, including geopolitical conflicts, rising inflation, and fluctuating currencies.

Everywhere there is uncertainty. And so, it was little surprise that the one topic the group lingered over longest was how leaders can effect culture change and help their organizations become more tolerant and accepting of risk.

Japanese business culture tends to place a strong emphasis on planning: rigorous, highly detailed planning. There have been many benefits of this approach. Consider the Shinkansen bullet train with its legendary punctuality and precision. Or the largest automotive company in the world, Toyota, and its decades-long pursuit of “kaizen” continuous improvement.

But as with any system, there are downsides as well. This strong planning tradition makes it difficult to develop the risk-tolerant culture Japanese companies need to navigate today’s increasingly unpredictable world. There is no escaping it, and the CEO dinner conversation in Tokyo is a microcosm of a trend sweeping the globe.

Traditionally, in times of uncertainty, executives would move into planning overdrive, mapping out scenarios, forecasting market evolutions and competitor responses, and creating multiyear potential courses of action for best-case, worst-case, and base-case scenarios. But forecasting has become incredibly difficult in recent times as hard-to-manage shocks—from Covid-19 to global financial crises, war, and climate change—have unspooled. With so much unpredictability, putting lots of time and effort toward trying to predict potential outcomes seems doomed from the start. Instead, executives are better off focusing on building adaptability and resiliency into their organizations.

In the September–October issue of Harvard Business Review, Bain & Company partners Michael Mankins and Mark Gottfredson describe a new, more dynamic approach to this challenge in their article “Strategy-Making in Turbulent Times.” Mankins and Gottfredson urge business leaders to think of strategy-making as a continuous process of generating a living, dynamic plan, and they outline a five-step model for doing that.

Looking at scenarios in the traditional way tends to produce incremental thinking, mere tweaks in direction when what’s really needed is a wholesale course change. Some years ago, US electric and natural gas utility CMS Energy overhauled how it projected investment, moving from a system that focused on futures prices and forecasts based on regulatory input to a new approach that included developing a number of extreme but plausible scenarios. This scenario focus led to a set of steps that left the company much better positioned when gas prices dropped a startling 67% in 2014.

Real options analysis can help companies account for the value of flexibility by assessing the relative value of competing strategy alternatives. Executives can use it to identify strategies that hedge risk while preserving different options for the future. Consider how Disney’s investment in direct-to-consumer streaming technology and its purchase of content-rich studio 21st Century Fox combined to help it pull ahead of rivals in an industry rebuilding around in-home distribution. It may make sense to make the more expensive investment when it provides flexibility and when the option value of that flexibility is greater than the additional cost.

3. Run experiments before locking in investment.

When Prime was first floated as an idea at Amazon, there was no data showing that free shipping in exchange for a yearly subscription could be a moneymaker. The idea was entirely new. But after a series of local and global experiments, Amazon concluded that the investment made sense. Small experiments had proven the viability of a big bet that now generates $25 billion in revenue per year.

These help companies spot change early and capitalize on it. They reflect management’s best understanding of the “known unknowns” at a particular point in time but must be revised and refined as more information becomes available. An alert leadership team will quickly incorporate new events and revise the signposts and trigger points they track. Seeing something coming three to six months sooner than your competition can make all the difference. Consider Uber’s 18-month head start on Lyft.

Instead of looking backward at performance, quarterly business reviews at European packaging company Tetra Pak focus on the question “What do we need to do?” In setting the company’s strategy, management considered four scenarios ranging from “go green faster” to “strong push toward commoditization.” When signposts began to point to fundamental shifts in environmental policy and customer preferences, the company was able to quickly adapt its strategy.

The sources of unpredictability in today’s world have made it impossible to plan for every eventuality. Doubling down on traditional planning routines is not the answer. In Tokyo, after the dessert plates were cleared and coffees finished, the executives concluded their dinner, agreeing that they need to change their perspective. Traditional scenario planning can’t build the more flexible, resilient, and risk-tolerant businesses the current environment demands. 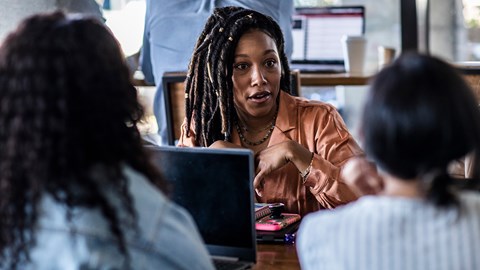 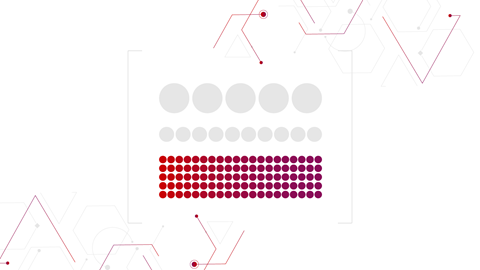 These nine data-based practices can elevate any business transformation.