When Bruce Wilkinson, an executive in World Vision International’s Zambia operation, learned that he was going to be promoted to regional director for southern Africa, he immediately started reading performance reviews of key staff members and talking to his peers, other national officers in the $2.6 billion organization. In doing so he uncovered a serious weakness: A host of critical positions in the region had gone unfilled for as long as 16 months, leading to lost contracts and deterioration in the programs WVI undertakes to empower poor communities. Human resources needed to step up its game.

But Wilkinson also saw that his appointment offered an opportunity—to both fix broken functions, such as HR, and create new ones, such as quality assurance, that could improve his region’s performance. He developed a plan of action that would involve laying off the top two tiers of managers—about 20 people—and asking them to reapply for their jobs. “You want the elements of your vision to take shape before you start,” Wilkinson explains. “In my case, I was redefining the role of the regional office as a true service center, and managers got the message.”

Most executives know what their next project or promotion will be well before the day it starts, but too few take advantage of their insider status and the time beforehand to prepare well. That is an opportunity lost.

Your next assignment is your next chance to create results—for your organization and for your career. A smart investment of time and effort up front can make the difference between simply getting by and truly excelling, between a dead-end move and a stepping-stone to bigger and better things.

A key factor in your transition will be knowledge—not only substantive information about the project or field, but an understanding of how others inside and outside the organization have tackled similar assignments, what challenges and opportunities lie ahead, and what resources are available and how you can mobilize them to overcome obstacles. Combining insights from our ongoing study of how knowledge is best captured and shared, our experience with consulting and executive search clients, and interviews with successful leaders across different types of enterprises, this article identifies three practical steps for building your knowledge capital to excel in new roles throughout your career. We call them phase zero, learning tour, and affinity groups.

Wilkinson used all three to implement his plan, reinterviewing staff members and translating his network of former peers—the national directors—into a source of feedback. This enabled him to upgrade the HR leadership, add a director of quality, and rapidly fill open positions. Let’s look at each step in detail.

This is a chance to use your insider advantage to become familiar with a new unit’s people and performance and to discern the opportunities and challenges of your assignment—before it begins or is even announced. In the weeks leading up to the assignment, carve out and hold sacred at least 30 minutes a day to prepare. You may find ways to increase effectiveness, reduce costs, or even reassess a business model. In phase zero you can identify problems and develop a hypothesis for how to solve them—as Wilkinson did in southern Africa. And your solutions can be tested and adjusted as you move into your new role.

Among the likeliest places to look for objective data in this step are company documents—such as performance reviews and reports on services and operations—and feedback from customers and suppliers. For qualitative input, turn to colleagues who have supervised the role, interacted with it, or previously filled a similar role. Push to understand the story behind the story—for example, ask “What challenges might I encounter that aren’t apparent from the description of the assignment?” Finding these people and getting the information you need, without fanfare, will help you understand expectations and possibilities, think through a plan of action, and prepare personally for the transition.

Consider the experience of Todd Hoddick, who in early 2011 became vice president of the North American entertainment division of Barco, a global visual solutions company based in Belgium, in January 2011. Having joined the firm in 2008 as vice president of digital cinema in North America, Hoddick had developed a strong reputation for building a profitable single-business unit. In 2010 he was approached for the new position, which would add rental and staging, digital signage, home cinema, image processing, and corporate audiovisuals to his plate. 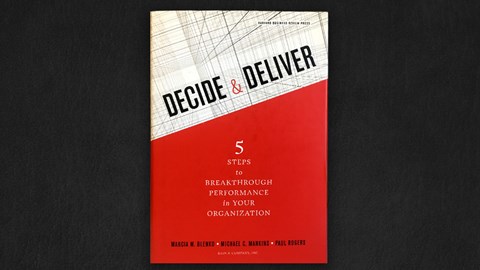 Leading from the factory floor

Fixing a dysfunctional factory isn’t easy, but consider this surprising case from Germany, where resistance to managerial innovations on the factory floor has traditionally been strongest.