A friend of mine in Dallas loves the local Chick-fil-A restaurant. The reason? An employee named Jose once asked my friend's three-year-old to help with the mopping — and proceeded to give the boy a ride around the restaurant on the mop. For my friend, this was a "wow!" experience, the kind of out-of-the-ordinary event that you want to tell people about — and that inspires you to recommend the business that provided it.

One of my favorite examples of this happened at Rackspace, the managed hosting and cloud computing company. An employee on the phone with a customer during a marathon troubleshooting session heard the customer tell someone in the background that they were getting hungry. As she tells it, "So I put them on hold, and I ordered them a pizza. About 30 minutes later we were still on the phone, and there was a knock on their door. I told them to go answer it because it was pizza! They were so excited."

I'd have been pretty excited, too, if I were that hungry customer. Another "wow!" moment.

Maybe you noticed something about these wows: They don't cost much. I call them "frugal wows." A company that brings a smile to the face of its customers in this manner builds a huge reservoir of goodwill and positive word of mouth at very little expense.

Why would an employee make that kind of a gesture? No doubt the individuals involved are good-hearted folks. Doing well by others makes them happy. But there are plenty of equally good-hearted people in other companies who would never think to offer something extra to a customer. It just wouldn't occur to them to go beyond their usual duties.

What distinguishes Chick-fil-A and Rackspace is that both companies have created what might be called a "Golden Rule" culture. Employees treat customers as they would like to be treated if they were in the customers' shoes. Rackspace calls it "Fanatical Support" and views it as a cornerstone of the company's competitive advantage. As I mentioned in an earlier post, Chick-fil-A CEO Dan Cathy says, "We strive to deliver something for which there is unlimited demand — being treated with honor and respect."

Both companies regularly survey customers using the Net Promoter system. They disseminate the scores and responses throughout the organization. They follow up with unhappy customers, and they make a point of acting on the feedback they receive. In other words, they take their commitment seriously.

So it's hardly surprising that employees of these companies would come up with imaginative ways to wow the people they serve. It isn't only their own good-heartedness or their personal commitment to the Golden Rule — they know that's what their employer values as well. And they know that their actions will ripple outward through the recommendations their customers provide.

Barbara Talbott, the retired head of marketing for the Four Seasons, tells the story of acts of intelligent kindness: a pot of tea delivered gratis to the room of a guest with a bad cold, a vaporizer for a mother with a croupy child, and so on.

Her point is that if you hire good employees, they will seek out opportunities to be kind. They know that when the line at the front desk is five deep, then they must be intelligent and move the line expeditiously, but if there is no crowd, then that is the time to add a little flare and conversation.

All this sheds light on the ongoing conversation about employee happiness. Most people are happiest when they get a chance to do something that others truly value — when they can act according to their best instincts. More and more companies are making sure that they support those instincts with the right team structures, leaders, tools, and training. And they put in place systems that give employees immediate feedback about how they have enriched a customer's life — or why they fell short and how to fix it.

For an employee, that support is likely to mean a chance to make a real difference in the life of a customer. How fitting that the employee's company gains from this as well.

Fred Reichheld is a Fellow at Bain & Company and co-author, with Rob Markey, of the book: The Ultimate Question 2.0: How Net Promoter Companies Thrive in a Customer-Driven World, published by HBR Press.

Transform your employees into passionate advocates 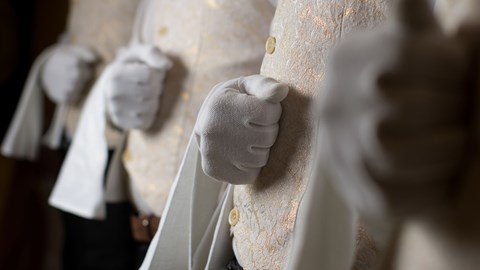 Hiring empathetic, emotionally intelligent employees and putting them in a supportive environment is key to getting world-class results.