Mobile technology historically has been an ongoing story of more.

Every decade or so, a new generation of network technology comes along that promises more speed, more capacity, more quality and more uses. With each generation, network operators invest capital to upgrade their infrastructure, with the firm belief that those investments will lead to more satisfied customers and reinvigorated revenues and profits. This formulation has been true ever since the scratchy and patchy early days of cell phone service in the 1980s; it has held up through 2G in the 1990s, 3G in the 2000s and 4G in the 2010s.

But this time around, something has changed. When it comes to the next generation, 5G, some telecom executives seem to have lost their faith in the power of technology to deliver more. They’ve become 5G pessimists. “The business case isn’t there” and “it will take too much capital” have become common refrains at industry conferences, on company calls with investors and in published interviews with telecom executives. A survey of recent public statements by executives of the 19 largest mobile network operators (MNOs) worldwide shows that while they share a belief in the long-term potential of 5G, more than half (53%) see no near-term business case for the technology.

However, by not moving quickly on 5G, network operators run the risk of being left behind on a technology that has the power to dramatically increase network speed and capacity and give early adopters a competitive edge. This reluctance to commit to 5G is striking, given the potential the technology has to bring about a step change in network performance and thereby new uses.

In a 5G network, wireless data can travel at real-world peak speeds of greater than 1 gigabit per second, more than 10 times faster than most 4G networks—and fast enough to compete with fiber-to-the-home wireline broadband. With 5G, more smart devices can work together simultaneously on the same network, bringing the Internet of Things (IoT) to life for people and businesses. Latency will drop precipitously with 5G—by a factor of 10, meaning, for example, that a self-driving car will be able to communicate with cloud-based data in real time (see Figure 1).

In the face of such potential, why are so many executives so cautious, if not downright bearish, about 5G? We believe the industry has been influenced by misconceptions and flawed thinking. Our work with a range of network operators around the world has exposed us to different perspectives on 5G. While attitudes about 5G can vary with size and market position, we see three common analytical fallacies:

Fallacy No. 1: There is no business case for 5G

When it comes to mobile service, the industry credo has long been faster is better: Increase the speed and the user will benefit. When network operators transitioned from 3G to 4G, for example, they knew that it would alleviate network congestion and that content-consuming smartphone customers would immediately experience dramatic improvements in video download speeds. With such a clear reward in view, network operators had no trouble justifying their investments in 4G. Many, in fact, felt that embracing 4G was a competitive necessity. 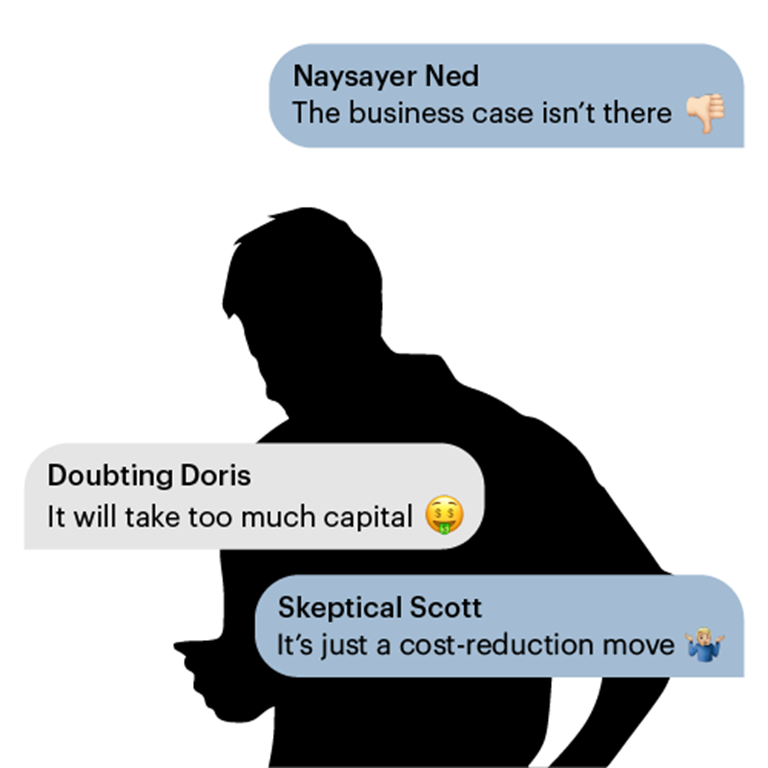 With 5G, the skeptics point out, there are no equivalent, sure-thing, near-term customer benefits. For example, 5G will be important to the successful rollout of two trailblazing technologies, augmented reality/virtual reality (AR/VR) and autonomous driving. However, both of these technologies are still several years away from being market-ready. Before AR/VR can become a viable experience for mobile users, scientists will need to develop lightweight glasses or contact lenses to supplant the bulky tethered headsets the technology now requires. And autonomous driving needs first to achieve safe and reliable standalone in-vehicle systems before pursuing the additional upside of always-on network connections for vehicle-to-vehicle communications.

Why rush to invest in 5G now, the pessimists ask, when the technologies that will impel users to demand higher speeds and more bandwidth are still years away from being ready? What this reasoning misses is that network operators don’t need blockbuster new use cases to develop a good business case for investing in 5G. They can develop a compelling rationale for 5G based on the improvements it will bring to existing use cases. Two are particularly prominent: congestion relief and fixed-line displacement.

Network operators can use 5G to alleviate the mobile and video congestion that often occurs when large numbers of users are concentrated in one place, such as a sporting event. For users, this means being able to seamlessly stream videos wherever they are, regardless of how many other people are trying to do the same thing. Upgrading to 5G can bring rapid relief to mobile operators that are suffering from capacity constraints in their networks, often from a shortage of spectrum.

With 5G, network operators can offer the 1-gigabit-per-second speeds and 1-millisecond latencies needed to challenge fixed-line providers with fiber-to-the-premises broadband Internet in denser markets. This is well beyond what is possible with 4G, where speeds of 80 megabits per second (Mbps) and latencies of 10 milliseconds (ms) make it impossible to provide a true substitute for fixed-line service.

Not every operator stands to benefit equally or in the same way from 5G. How much of a near-term boost an operator can realize from 5G will depend in part on its position in the market and whether it is a mobile-only operator, a fixed line-only operator or both (see Figure 2).

In short, 5G has the potential to scramble the competitive game board for all three classes of operators—mobile-only, fixed-only and converged. Operators that opt to wait and see how the technology will evolve risk exposing themselves to disruption from competitors that are more aggressive.

Fallacy No. 2: 5G requires a surge in capital investments

Several industry participants have argued that aggressive 5G deployment will require vast increases in capital spending. For example, according to one recent forecast, a major European integrated operator adopting 5G would need to increase its capex-to-revenue ratio from 13% to 22%, even if the company rolled out 5G only to densely populated urban and business areas.

Our view is far more positive. We expect many leading network operators to roll out 5G while maintaining their existing capital intensity ratios, as indicated by recent guidance to investors from companies such as Deutsche Telekom, Orange, Swisscom and SoftBank.

When we dig into the argument for a substantial increase in capital intensity, we typically see the following linear logic: 5G, as defined by the standard-setting body International Telecommunication Union (ITU), needs at least 100 megahertz (MHz) of bandwidth. Getting an incremental 100+ MHz of bandwidth means using higher-frequency bands. Because of their propagation characteristics, these bands function well only in small cells. Relying on smaller cells means building more cells, and building more cells means spending more capital.

We see four flaws in this logic: 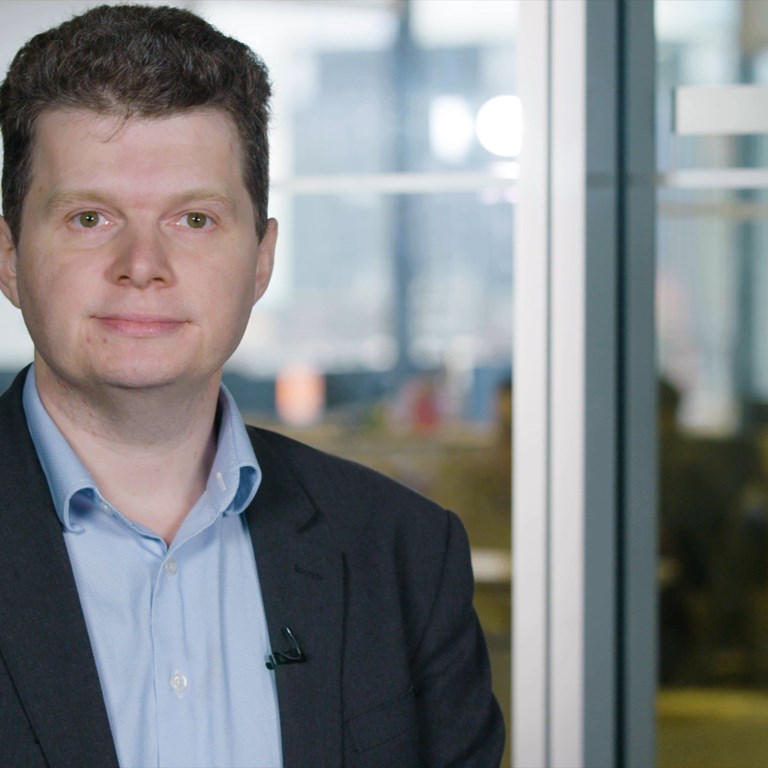 Bain Partner Darryn Lowe outlines three reasons that providers can go on the attack and succeed in 5G.

Fallacy No. 3: 5G is all about bringing down (unitary) costs

While some industry participants worry that 5G will require too much capital spending, others argue the main point of 5G is that it will help network operators spend less. Once the industry makes a full transition to 5G and digital technology, this line of thinking goes, operators will be able to reduce dramatically their levels of capital expenditures. Network operators, according to this logic, will become so efficient that they’ll be able to scale back on their investments. Some in the industry predict that with the combination of 5G and digital transformations, network operators would be able to slash their capex-to-revenue ratio from about 15% to under 10% within five years.

At first blush, this looks like a good thing. After all, reducing capital intensity and increasing free cash flow are typically positive signs. There’s no question that 5G will help network operators perform more efficiently.

However, that doesn’t mean operators should invest in 5G solely, or even primarily, to increase efficiency. In fact, when we dig deeper into this approach, we can see that it is actually the most pessimistic of the three fallacies in 5G thinking. If an operator adopts 5G with the overriding goal of reducing its capital intensity, then that means it has, in effect, run out of attractive investment opportunities. That amounts to a repudiation of the decades-long belief that strategically investing in next-generation technology will be good for growth, good for customers and good for the bottom line.

We see such attitudes as signifying a lack of ambition about the exciting uses for 5G that will emerge over the next few years. Augmented reality/virtual reality and autonomous driving are just the beginning. With its gigabit speeds, millisecond latencies, ultraprecise locations, power-efficient radios and extended battery lives on devices, 5G promises to unlock a raft of innovation that spans the entire Internet of Things, including intelligent factories and smart homes.

Moreover, none of these use cases are likely to require break-the-bank investments. With the typical cost of equity for large operators ranging from 7% to 13%, the hurdle rate for accretive investments is relatively low. Looked at another way, the weighted average cost of capital for the same operators ranges from 5% to 9%. With capital costs this low, operators that push their capital-to-sales ratios too low out of a desire to maximize immediate dividends to shareholders may ultimately find themselves blown out of the water by competitors that are more willing to invest.

We expect successful operators will be able to create a virtuous cycle of 5G reinvestment. First, they’ll build an all-digital, 5G network; then they’ll use the cash flow generated by those efficiencies to invest in high-return-on-investment 5G uses. In this scenario, capital ratios neither surge (Fallacy No. 2) nor plunge (Fallacy No. 3); they stay constant as network operators chart a course toward a 5G future.

Telecom operators that fall under the sway of 5G pessimism run the risk of being left behind. Operators that take a go-slow approach, waiting for specific 5G uses to mature before they make a firm commitment, may find themselves vulnerable to disruption by bolder competitors. An operator that hesitates because of the mistaken belief that 5G will require onerous investments may end up ceding market leadership to a rival with a more realistic understanding of 5G economics. And an operator that invests in 5G only for the efficiencies is likely to miss out on innovative growth opportunities.

Successful operators will focus first on investing in 5G business cases that will show results in the near term, between now and 2020. How much and where they invest will depend on their market position and whether they are a wireless operator, a fixed-line operator or both. For many operators, this will require going on the attack, by entering a new battleground or by displacing less daring competitors.

Winning operators will be those that build 5G networks that make full use of existing physical and spectral assets. They will develop multiyear, battleground-specific rollout plans that will evolve as 5G technology improves. And they will do this with prudent capital investments that avoid unnecessary surges or cuts in capital spending.

As was the case with earlier generations of network technology, 5G, along with closely related digital transformation, will unlock capital efficiencies. The most forward-looking operators will use those savings to invest in new revenue-generating 5G projects—thereby defying the 5G pessimists and fully embracing the promise of what this latest generation of network technology can deliver. 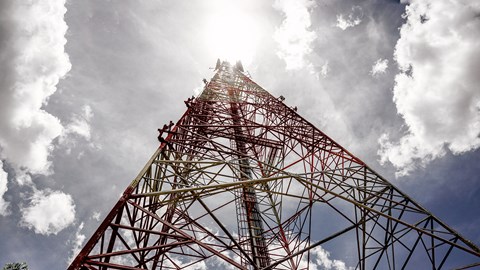 Capital Effectiveness in Telcos: What Business School Didn't Teach You 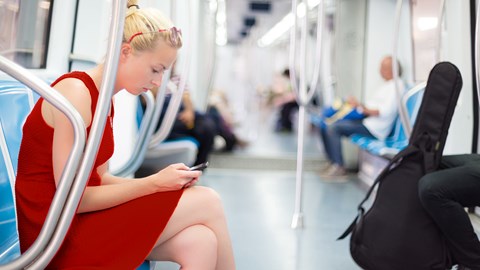 It can pay to be a copycat

What pathway should a technology company take nearly to double its revenue?