Bigger is not always better when it comes to succeeding in business. Who, for example, makes the most money producing tires? It’s not Bridgestone, the industry’s global scale leader. Germany’s Continental AG takes home three times more profit than Bridgestone and is far and away the tire industry’s economic leader. How? What the smaller company lacks in scale it makes up for with lower manufacturing costs and a more lucrative customer mix.

But a recent Bain & Company analysis of 320 companies across 45 markets worldwide demonstrates that scale alone is often not enough to confer real economic leadership. In fact, 36% of the scale leaders in our study didn’t even manage to generate a positive return on capital. And 40% of the economic leaders, like Continental, weren’t the largest companies in their industries.

None of this argues that scale isn’t a powerful competitive advantage: the scale leader in our study was also the economic leader in its industry 60% of the time. But companies like Continental demonstrate that the classic strategic imperative for challengers—build scale or get out—is only one of several options. Our study also suggests that most scale leaders need to step up to the next level of performance if they want to keep challengers from eating into their profits.

The best performing companies in our study share four critical attributes: Valuable assets, superior capabilities, the most attractive customers and the benefits of scope. They achieve economic leadership by linking these elements together to develop an ambitious strategy that explicitly targets higher performance. That’s how Continental outperforms scale leader Bridgestone by such a wide margin. Its manufacturing plants in low-cost countries deliver operating margins that its competitors can’t match. It has developed a world-class set of capabilities for running those plants, standardized across all its facilities. Through strong relationships with the leading German auto manufacturers, it has adapted its product mix for the most lucrative customers. And by expanding its scope selectively to provide other automotive systems and components, Continental can bundle products and create distinctive partnerships with its manufacturing customers.

Among the patterns that emerged from our study, the most powerful challengers tend to take advantage of three broad strategies:

All of these strategies have one thing in common: They take direct aim at the weakness that so often accompanies scale. The paradox of leadership is that the largest companies often fail to take full advantage of leadership economics. The top performers in our research returned an average of nearly two times their weighed average cost of capital. But among the scale leaders in each market, only 26% hit or surpassed that target and, as we noted, a full 36% of the scale leaders didn’t even manage to generate a positive return on capital.

Very often, an industry leader has achieved its scale position by virtue of superior assets and capabilities. But then the company settles in to defend its position and becomes complacent. The strongest scale leaders in our study prevent that from happening. They are significantly more focused about what they do with their leadership, amplifying their scale advantage deliberately in other ways. Typically they follow at least one of three paths:

Scale is immensely valuable, without a doubt. But the companies that achieve the highest levels of leadership economics—two times their cost of capital and above—think and act beyond scale. They make important choices about where to focus their time and investments and work rigorously to develop the key assets and capabilities. That’s a path to sustainable, market-beating returns.

Written by Nicolas Bloch, James Hadley and Ouriel Lancry, co-leaders of Bain & Company’s Strategy practice; and Jenny Lundqvist, who manages Bain’s Strategy practice in Europe, the Middle East and Africa; she is based in Stockholm. 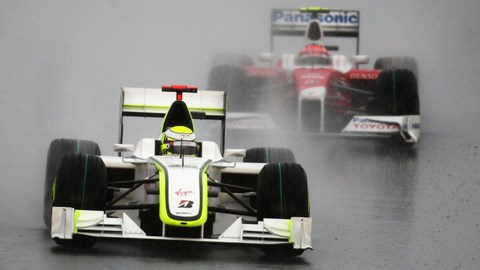