I will never forget my first flight from Dallas to Houston on Continental Airlines. It was a hot, humid day in May 1993. At the time, I was a partner specializing in corporate turnarounds in Bain & Company’s Dallas office. My goal that day was to sell Bain’s consulting services to Continental’s CEO and new owner, a leveraged buyout firm that had just rescued the airline from its second bankruptcy in nine years.

Although I was a frequent flier with literally millions of miles racked up on other airlines, I had always avoided Continental because of its reputation for lousy service. In fact, back in 1990, when we were deciding where to locate Bain’s Texas office, we specifically chose Dallas instead of Houston so we could use American rather than Continental for our constant business travel.

Continental lived up—or perhaps I should say down—to my expectations that day in May. Because I was not a frequent flier on Continental, I was seated in the last row of an unattractive and dirty DC-9. The airplane’s interior had seven different color schemes, which I later found out was not uncommon. After all, Continental was the product of mergers among seven airlines; when a seat needed to be replaced, the company used whatever was in stock. Worse, no one had hooked up the plane’s air-conditioning. Departure time came and went, and people continued to trickle on board for another 40 minutes. I found this remarkable given that the flight time was only 36 minutes. There were no announcements about our delay, and none of the crew seemed particularly concerned.

Finally, probably to prevent a riot, the captain turned on the DC-9’s auxiliary power unit. This cooled down the airplane all right, but it also caused condensation to build up on the inside roof of the aircraft. When we took off at last—50 minutes late—the accumulated condensation flowed like a waterfall along the top of the baggage bins to the back of the airplane. It came pouring out above the center seat in the last row of coach—directly onto my head. My best suit and I were soaked.

To make a long story short—and it was a long day—Bain got the job. I wasn’t sure if I should celebrate or commiserate with my colleagues. My first assignment was to help Continental lower its maintenance costs and improve its dispatch reliability—in other words, figure out a way to fix planes that were breaking down when they needed to be flying. Drastic changes were made: within a year we had reduced the annual maintenance budget from $777 million to $495 million, and the airline jumped from worst to first in the industry in dispatch reliability. But the company was still sinking fast. By the fall of 1994, Continental had blown much of the $766 million in cash that it had when it emerged from bankruptcy in April 1993. 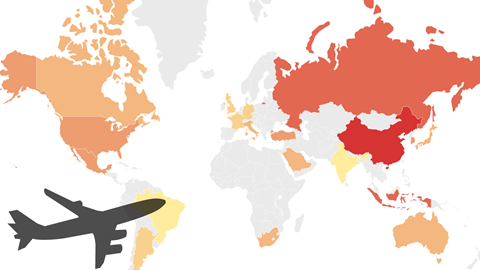