Several trends have converged to put the Asia-Pacific region on a sustained growth trajectory for healthcare private equity. Aging populations, more chronic disease and rising incomes add up to strong fundamental demand. Governments are spending more, such as the universal healthcare initiative in the Philippines and Ayushman Bharat in India, and assets are attaining a scale conducive to private capital (see Figure 4).

While total disclosed deal value of $11.5 billion in 2019 dropped from $16.2 billion in 2018, the 2019 level represents the second highest since the financial crisis. In addition, the largest acquisition of the past two years, Brookfield’s $4.1 billion acquisition of Australian hospital provider Healthscope, was announced late in 2018 and closed in 2019, tilting deal value to 2018.

Compared with prior years, deal activity was dispersed more widely across the region. China faced geopolitical uncertainties and regulatory reform throughout the year, resulting in what should be a short-term dip in activity. Still, disclosed deal value was over 60% above its five-year average.

Southeast Asia, which historically constituted a small share of the region’s deal value, expanded as assets reached the buyout sweet spot. Value increased from nearly $720 million to $2.4 billion in 2019. Southeast Asia saw the second-largest deal of the year in the region, the $1.2 billion acquisition of the Southeast Asian assets of Malaysia-based Columbia Asia Hospitals by a consortium of TPG and Hong Leong Group.

Investors continued to look across country borders to place capital, including assets that have a large exposure across the region, even if not headquartered in the region. For example, Baring Private Equity Asia made two notable investments with this profile. The fund acquired CitiusTech, an India-domiciled but US-headquartered HCIT platform that serves healthcare companies across sectors, for over $1 billion. Baring Private Equity Asia also bought Lumenis, a medical equipment manufacturer that sells laser equipment for minimally invasive surgery, from XIO Group, valuing the company at over $1 billion.

We saw a few key investment trends during the year:

The provider sector continued to attract the most attention, representing 43% of deals in 2019 compared with 44% in 2018. Investors focused on consolidating hospitals and labs to execute buy-and-build strategies and develop scaled platforms. The private sector has stepped in to build hospital platforms where people lack access to care.

For example, KKR Asia and GIC Special Investments invested more than $684 million in Metro Pacific Hospitals, the operator of the largest private hospital network in the Philippines. In laboratories, TPG added to its Pathology Asia Holdings platform by acquiring a minority stake in Australian drug testing company Safe Work Laboratories.

As a sizable gap in healthcare access persists across most of the region, physical infrastructure cannot be built quickly enough to meet the unmet healthcare needs. However, a propensity for digital adoption throughout Asian countries has allowed digital platforms to help address those needs, often with the participation of PE investors.

For example, CITIC Private Equity Funds Management, CICC Capital and Baring Private Equity Asia made a $1 billion investment in JD Health, an online pharmacy that is beginning to expand into online appointments and diagnoses, connecting doctors to patients in rural areas with little access to care. PharmEasy, an Indian digital pharmacy platform, received $220 million in an investment round led by Temasek Holdings that included a number of other funds and investors. And Halodoc, an Indonesian telemedicine platform providing doctor consultations and pharmacy services, raised $100 million from the Bill & Melinda Gates Foundation, venture groups, Allianz and Prudential.

Underlying fundamentals make the sector attractive to investors. This is particularly true in China, where the government is investing to fuel a local biopharma ecosystem. Biopharma investments held flat at 17 in 2019, and deal values grew, despite uncertainty around the introduction of the Chinese national government’s volume-based procurement pilot program.

In fact, the region’s largest deal of the year was Centurium Capital’s $1.9 billion take-private offer for the remainder of China Biologic Products Holdings, a plasma collection network and fractionator. The deal provides exposure to a profitable and rapidly growing industry in the plasma-derived therapy market. Outside of China, biopharma remains a promising area as well. For example, in India, Advent acquired Bharat Serums and Vaccines, a developer and manufacturer of specialized injectable medicine, from OrbiMed PE and Kotak PE.

Over the past several years, the Chinese government has been trying to increase the quality and affordability of healthcare. A pilot program aims to migrate away from high-priced, off-patent branded drugs to generics through volume-based procurement. This program could dramatically reduce the cost of drugs through bulk buying in hospital systems, which are the primary distribution channel. The program is likely to result in a winner-take-all outcome, and while prices will decline substantially, the winners will benefit from large volume increases.

In the first wave, 11 cities implemented a bulk purchase of 25 drugs, reducing some prices by over 90%. The second wave of the volume-based procurement program rolled out to the rest of China in the second half of 2019, leading to broader price cuts in off-patent drugs manufactured by foreign multinationals. We expect that Chinese biopharma companies will be best positioned to win the major contracts, which should lead to expanded investment in the near future. Longer term, Chinese companies might compete on the global stage in a fashion similar to Indian generics.

Looking over the next five years or so, we expect several factors to have a big influence on healthcare in the region:

Deal activity is likely to continue the trends of digital health, development of buy-and-build provider platforms benefiting from a fragmented and unorganized market, and a push into biopharma. We also expect cost and margin pressures to drive consolidation of smaller companies, particularly among providers.

Developments with the coronavirus, as of this report’s publication, might create volatility in China deal activity in 2020. However, activity in China should pick up as regulatory reform flows through and if geopolitical tensions and virus concerns subside, particularly in biopharma, where Chinese companies are best positioned to win contracts in the future bulk-buying program. Interest in local Chinese medtech platforms could also surge as investors come to expect government reforms to spill into this sector, again benefiting local companies.

Providers: Focus Stays on Lower-Cost and Consumer-Focused Sites of Care 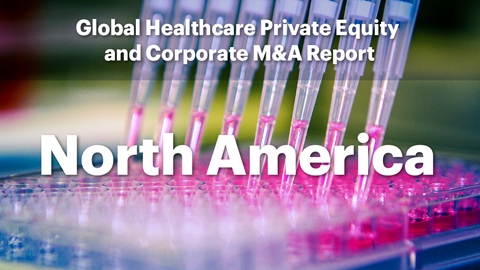 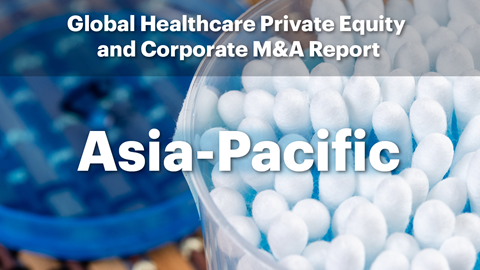