This article is part of Bain's Global Machinery & Equipment Report 2022

Industrial machinery and equipment manufacturers have a growing appetite for big deals as they accelerate portfolio reshaping in the face of evolving industry dynamics.

Although the number of merger and acquisition (M&A) deals in the machinery sector has trended downward since 2017, the average deal size has shot up during the pandemic, to $179 million on average in 2020 and $161 million in 2021. Last year’s $63 billion global deal value was the sector’s second-highest annual total of the past decade, behind only 2020’s $72 billion (see Figure 1).

Across all M&A deal categories, deal values in the machinery and equipment sector have surged during the pandemic

Market fundamentals suggest why machinery leadership teams are willing to put up bigger and bigger sums for M&A. The underlying market growth is low (GDP-plus), but many leading companies have much higher growth aspirations. Many market leaders have done a good job in past years to build No. 1 and No. 2 positions in their core, and further share gain is increasingly difficult. M&A provides access to higher-growth, more attractive, and strategically important markets.

Balancing the pursuit of leadership in one’s core against growth in adjacent markets amplifies the need for machinery companies to maintain a robust and evergreen portfolio strategy.

Dynamic portfolio reshaping is reflected in the balance between scale and scope deals. Notable recent scale deals in the machinery and equipment sector included bearing manufacturer RBC’s acquisition of Dodge from ABB and Cargotec’s announced merger with Konecranes. Scope and capability deals continued at a good pace as well. For example, Johnson Controls expanded its building cooling offerings for data center operators with the announced purchase of Silent-Aire, while Alfa Laval bolstered its marine business by buying StormGeo, a weather intelligence and data science solutions company.

Machinery companies leaned in to acquire critical new capabilities around software, the Internet of Things (IoT), artificial intelligence, and connectivity at high valuations. Rockwell Automation’s acquisition of cloud-based manufacturing solution provider Plex Systems, Siemens’ acquisition of IoT start-up Wattsense, and Hyundai Motor Company’s acquisition of Boston Dynamics all point to the ongoing industrial digitalization journey common in this sector. Notably, looking at the broader diversified industrials sector as a whole, targets with attractive capabilities are highly valued; consider that tech assets trade, on average, at 25 times EBITDA with high growth expectations vs. 13 times for targets in the industrial core (and acquirers’ own valuation). For example, Hitachi’s acquisition of digital engineering and design firm GlobalLogic at $9.6 billion implies an EBITDA multiple of more than 37 times. Many companies are also taking a portfolio approach to developing these capabilities, through corporate venture capital, joint ventures, and partnerships.

Active portfolio management is also evident in continued divestitures among industrial machinery and equipment companies. Successful companies act as decisively to exit noncore or underperforming businesses as they do to invest behind their growth strategies. These divestitures are often used to fuel deals in more attractive segments and to tailor the company’s offerings to specific industries, in pursuit of higher profit margins and a boost in total shareholder return. Although scale deals remain an important part of the landscape, over the past five years things have shifted, and pure scale is no longer the top success factor in the machinery sector. A growing number of leadership teams believe that a sharper focus on fewer industry verticals, with more flexible and customizable solutions, will pave the way to a bright future.

Pure scale is no longer the top success factor in machinery. A growing number of leaders believe that a sharper focus on fewer industry verticals will pave the way to a bright future.

Even the prototypical industrial conglomerates, including General Electric and Siemens, are separating their companies in order to strengthen the focus on their highest-growth core businesses. GE last year announced plans to split itself into three separate entities focused on aviation, healthcare, and energy, respectively. Siemens has also been on this journey for several years. It spun out its medical technology and energy businesses into publicly traded companies in 2018 and 2020, respectively, with Siemens’ remaining core largely focused on industrial automation. Any business that doesn’t fit into this smaller core is held as a standalone investment asset and ultimately could be put up for sale. Other conglomerates—including Thyssenkrupp, which is in the process of divesting its mining technologies business—are pursuing similar separation strategies.

Evolving the machinery M&A playbook for scope and capability deals

Successful machinery companies, like the rest of the diversified industrials sector, have adapted how they approach M&A to make scope and capability deals as successful as scale deals. In a recent Bain survey of executives, industrial dealmakers were far more likely than all other execs to rank a clear deal thesis and clear integration thesis as the most important aspects of successful scope deals (see Figure 2).

Many machinery companies with a successful M&A track record excel at integrating scale acquisitions and driving cost synergies. What these executives recognize, however, is that scope and capability deals present a new set of challenges. For example, acquirers lack intuitive knowledge on the rules of the game or on key players in these new markets and industry segments. Valuations are higher and the value creation logic is different. Rather than cost reduction, scope deals’ success often comes down to revenue synergies through integrated offerings and cross-selling of emergent capabilities and products or services. The integration approach must reflect these unique sources of value and risk that comes from acquiring an adjacent business.

In addition, many machinery companies are medium-sized businesses, and the fixed costs of doing a deal—including diverting management’s attention from the daily tasks of running the business—can be high. Machinery leaders are under growing pressure for acquisition targets to deliver real value—and fast. So they increasingly want to be very clear about what they acquire and why.

With this in mind, we observe three key adjustments that scale-oriented machinery firms typically make to boost the success of their scope and capability deals.

First, the most successful companies proactively link corporate strategy and the M&A roadmap. Firmly establishing strategic rationale and fully aligning the organization top-to-bottom ahead of a potential scope or capability deal is key. Scale-oriented industrial buyers typically set up a centralized governance model to ensure a strong link between M&A and corporate strategy. Yet the decision clock speed of many industrials becomes a blocker if strategic intent is reevaluated in a short diligence phase. Conviction will be tested in an environment of high valuations and rapid deal processes.

Second, leading companies update the diligence playbook for scope deals, building on all the traditional best practices but increasing emphasis on what matters for scope and capability. They add rigor to revenue synergies diligence to assess customer willingness to pay for new, not-yet-available, innovative offerings, or to validate cross-selling potential. Leaders also recognize that as deals move further afield, internal market and industry expertise will be insufficient, and they build an ecosystem of partners and advisers to support with capabilities and expertise not available in-house. Also, they adjust their diligence processes (including board approval, for example) to accommodate faster decision clocks in less traditional and more competitive markets.

Third, leading companies tailor the integration thesis for each deal. They understand the ambition for how the integration will protect and develop the acquired business while enhancing the existing one. A scope deal predicated on combining product portfolios requires a different focus and roadmap than a capability deal for an innovative technology to embed in existing products. Aligning management teams may require more attention (and intention) to preserve the unique capability of the target company. Leading companies adopt key elements from the value creation plan concept, common within private equity, to set up a merger integration program that accelerates value capture. This often leads to targeted integration and even retaining the acquired company as a separate entity while also defining the critical few areas of collaboration that are crucial for the deal thesis and value creation plan. Successful companies shift to a mentality of integration by exception rather than by default.

One industrial machinery company adapted its M&A approach when acquiring an attractive but premium-priced asset that offered a foothold in a desirable new line of business. The acquirer had a successful track record of integrating small to medium targets in its core business. When a refresh of corporate strategy called for adjacent moves, however, leadership recognized that a new M&A playbook was needed. During diligence, they used extensive customer research to evaluate both the target’s standalone growth and how technology capabilities could enhance the acquirer’s core products, building comfort that the deal would lead to both share gains and margin improvements.

Convinced of the full potential, the company had the confidence to make the winning bid. Then, after closing the deal, the leadership team applied a limited integration model that emphasized product development collaboration for the integrated offering while leaving the acquired entity to operate on a standalone basis beyond those critical few areas. As a result, the acquired company continued its rapid growth trajectory while in parallel delivering on the rapid development and time-to-market benefits of the joint offerings that constituted the majority of the synergy case.

Looking ahead, we don’t expect the momentum to slow for large M&A deals within the industrial machinery and equipment sector, and we believe that trends toward acquiring new capabilities will persist. High valuations are making the deal market more challenging and some companies will decide to sit on the sidelines. Those that want to grow will likely take a more proactive stance, and this will accentuate the need for robust end-to-end management of the M&A value chain. Deals require a clear strategic rationale, well-defined deal and integration theses, modern diligence across cost and revenue synergies, and stringent planning, realization, and follow-through of value creation post-close. Ultimately, machinery companies that execute across these areas can make M&A a key ingredient in a successful transformation agenda over the coming decade. 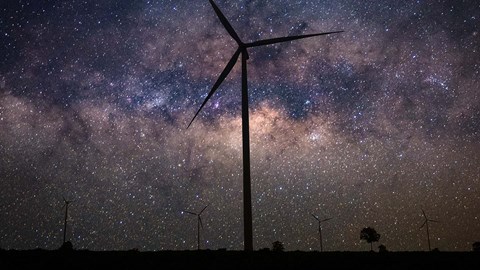 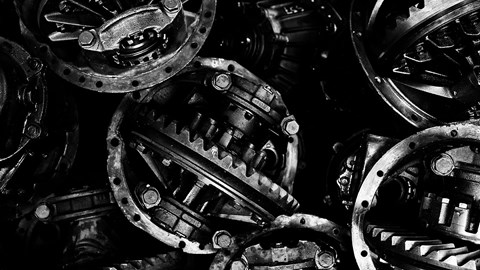 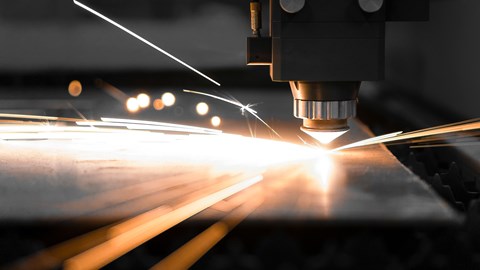 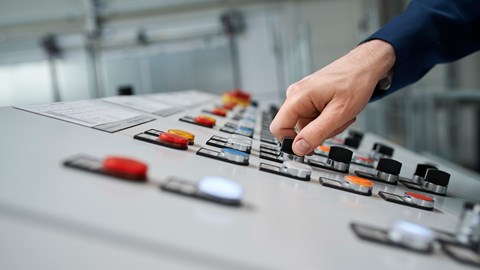