The Covid-19 pandemic and associated lockdowns have spurred fundamental changes in the ways we live and work; they have also exposed some weaknesses in the broader network architectures that support us. Some of the changes, including more remote work, more virtual collaboration, increased video streaming and an ongoing rise in online gaming, are likely to last long after the lockdowns. But the weaknesses, including wired networks that have slowed under additional burdens, will have to be addressed.

Over the past few months, communications providers and heavy network users have taken action to deal with these weaknesses. Netflix reduced the quality of its video stream to ease traffic on European networks. Verizon committed to boosting its investments in network infrastructure by $500 million to accommodate the demands of more telecommuting and online learning. And data center provider Equinix has said it will accelerate the infrastructure investments it would have carried out over the next year or two.

These sudden and dramatic changes in network traffic are likely to accelerate a shift that was already underway—namely, the development of more edge computing, which preserves bandwidth and increases efficiency by processing information closer to the users and devices that require them rather than sending them to more central locations in the cloud (see Figure 1).

Four common architectural options for edge computing, depending on the applications using them

Because of its advantages, edge computing is rapidly becoming a focus for development. Our recent research of potential customers, including media, gaming, telcos and security companies, found that more than 95% have some plans for edge computing and nearly three-fourths aim to begin integrating edge into their IT environments by the end of 2020. A quarter of respondents are already operating edge computing at scale. This shift is likely to continue as companies look to meet the surging demand for bandwidth and network services.

Companies should consider several actions to lay the groundwork for a future shift to edge computing.

Finally, critical moments like this demand that companies renew their plans for the future, starting with strategic goals and working back to the actions that must be taken today to achieve them. For many network companies, if their cash position allows it, the immediate response will likely include accelerated investments in infrastructure for edge computing. Workloads and network traffic patterns are shifting rapidly; investing in the edge computing infrastructure that can alleviate these heightened burdens will be a key element of success from network and communications businesses. 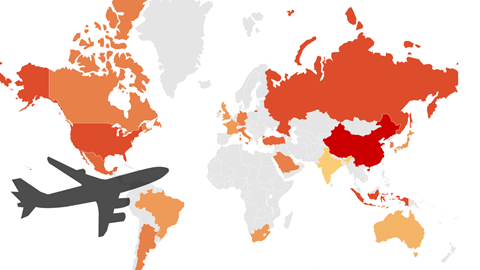