History has been full of bad decisions. The Trojans brought the famous wooden horse inside their city walls, not realizing it was full of Greek soldiers who would open the gates from the inside. Napoleon decided to invade Russia and returned with just a tiny fraction of his once grand army. The Titanic was outfitted with only enough lifeboats for a third of the total passengers and crew it could carry.

What goes wrong with decisions like these? Sometimes it’s just individual arrogance or foolishness that produces a bad decision. But we’re organizational specialists, and we like to search out what’s amiss in the system that produces the decision.

For instance: One of the keys to good decision making is assigning responsibility for all the essential roles in a decision, from recommending a course of action all the way through to executing it. The recommender plays a particularly big part by gathering input from the relevant people and getting signoffs from anyone who needs to approve the proposal.

Then, too, a good decision process ensures that the right people offer input and are listened to. The Trojans heard from the priest Laocoön, the prophetess Cassandra and even Helen of Troy, all of whom cautioned that the horse might be a trick. Alas, no one paid attention. Laocoön was strangled by sea serpents for offering his opinion—another poor decision practice.

The fact is, great decision processes require many elements of an organization to work in concert. When we talk to executives, we often use a wheel-shaped graphic to illustrate all the factors that can come into play (see Figure 1). Every element that’s out of kilter is likely to compromise decision making and execution.

Take Napoleon’s army. Yes, the weather was one reason the invasion of Russia failed, but poor organization and Napoleon’s own leadership style were big factors. When officers reported supply shortages or desertions, Napoleon would give them a public scolding, often followed by a demotion. Predictably, Napoleon’s generals began exaggerating troop strength and readiness, obscuring the true picture until the campaign was far advanced.

Uncharacteristically, Napoleon lacked a clear vision in this case as well: Did he mean to occupy Moscow and Saint Petersburg? Carve up Russia between Sweden, Turkey and a revived Poland? He remained uncertain whether he would leave Moscow or winter there. By the time he decided to retreat, it was too late.

Getting business decisions right is tough, too. A company has to make good choices time after time. It has to do so speedily—faster than competitors—and it has to ensure that decisions get translated into action. No wonder there are as many missteps in this sphere as in every other area of history. Think of Coca-Cola introducing New Coke, or Polaroid and Kodak stubbornly sticking to film-based photography for way too long. (For more such blunders, see Huffington Post’s blog entry “The Worst Business Decisions of All Time.”)

When a company makes a really bad decision, it’s likely that more than one organizational element isn’t working right. The wheel can help you spotlight each individual trouble spot.

Whatever else it may have lacked, for instance, Coca-Cola certainly didn’t have the information it needed to make a good decision about New Coke. The company had tested the taste of its new recipe with more than 200,000 consumers, but it never asked people whether they actually wanted a different variety of Coke to replace the old one. Turned out they didn’t.

Polaroid and Kodak definitely lacked clarity on priorities and principles, not to mention alignment throughout the organization. Both companies’ R&D departments had actually developed path-breaking digital cameras. But the divisions that made and marketed film had little interest in encouraging or pursuing nonfilm technology.

To be sure, the decisions that make the history books are huge, bet-the-company choices, the business equivalent of deciding to invade Russia. Most companies face such issues infrequently. But every company makes millions of decisions every year, from big strategic decisions like launching a new product line to week-in, week-out decisions about marketing, procurement or customer service. And even seemingly small decisions can go terribly wrong. In September 2011, for example, Bank of America announced that it would soon begin charging its debit card customers a $5 monthly fee. The move set off a firestorm of consumer protest and the bank was forced to back down.

One thing we can learn from all these cautionary tales is that it’s easy for organizations to foul up their decision processes. When the decision stars fall out of alignment, a company can run into serious trouble quickly.

So it’s worth reflecting on your decisions—the good, the bad and the ugly. Executives can learn much from the pitfalls of the past. They can study up on how to make and execute critical decisions well. On this score, we recommend the new book by Tom Davenport and Brook Manville, Judgment Calls—12 Stories of Big Decisions and the Teams That Got Them Right. And we hope you’ll read our own book, Decide & Deliver: 5 Steps to Breakthrough Performance in Your Organization.

Bad decisions are a bit like Trojan horses—you may not recognize the danger at first, but if you know your history, you’ll soon learn to keep them outside your walls.

Your company is connected—but can it make and execute good decisions?

The connected enterprise presents huge opportunities. If you focus on decisions first and connectivity second, you will be well positioned to capitalize on them. 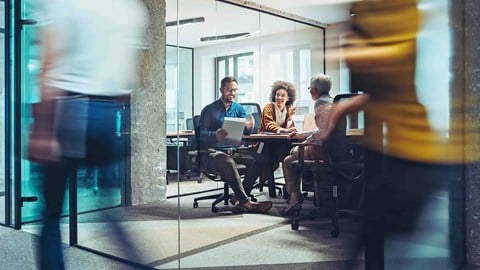 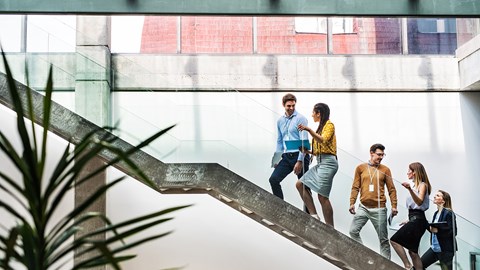