Fred Reichheld and I have often told the inspiring story of Charles (Chuck) Schwab’s return to his eponymous financial services firm in 2004. Schwab cut the company’s spiraling costs, eliminated nuisance fees and other sources of customer aggravation, and got the firm back on its financial feet. He also created a robust Net Promoter SystemSM that endures to this day, and which has helped Charles Schwab regain and maintain a leadership role in its industry.

But is that the whole story? Of course not. Like the business press, we often rely on a kind of CEO-centered shorthand, relating the saga as if the returning founder himself single-handedly transformed the business. The real story, as anyone who has worked for a large company knows, involved dozens of senior leaders and hundreds of others throughout the organization. Where the Net Promoter System was concerned, people had to learn to gather and analyze systematic feedback from customers. They had to learn to close the loop so that they really understood what customers were saying, and then to channel the feedback to the right people. They had to research and implement countless changes in policies and procedures to make Schwab more and more customer-centric.

How does a company organize such a sustained, concerted effort? At Schwab, as at many other companies, the answer has involved a central team, often called a customer advocacy office, or CAO. The CAO oversees and manages the system. It’s the focal point for learning about—and improving—the customer experience.

At first glance, it might seem odd to entrust implementation of a Net Promoter System to a central office or team. If you’re an NPS® practitioner, you want frontline managers and employees—people in business units and branches, in call centers, in sales and service operations—to own the system. You want them to feel that its closed-loop processes are essential to everything they are trying to achieve. You want Net Promoter to become a natural part of their day-to-day rhythms in operating the business and interacting with customers.

These objectives are all essential, and you shouldn’t lose sight of them. Even so, there are at least three good reasons for entrusting oversight of the system to a CAO.

First, any Net Promoter System depends on rigor, discipline and consistency. In a way it’s like finance and accounting. Just as you wouldn’t want each business unit or team to create its own accounting procedures and serve as its own financial controller, you don’t want individual units wholly responsible for collecting and evaluating customer feedback. Competitive benchmark feedback, in particular, depends on rigorous methodology—it often informs major strategy and investment decisions, and it may be used to determine part of people’s compensation. Only a central office can develop and enforce the standardized, repeatable processes that produce consistently accurate data.

Second, many of the issues that arise from customer feedback cut across organizational units and functions. It’s one thing if customers find a particular service representative rude or unhelpful—the rep’s team and supervisor can handle that issue on their own. It’s another thing entirely if customers complain about your company’s policies, pricing practices or product features. People from a variety of functions—technology, finance, risk management, whatever—have to be involved in discussing and resolving those issues. Only a central office can marshal the resources to address them.

Third—and maybe most important—a customer advocacy office plays the critical role that its name suggests: It brings the voice of the customer into an organization’s decisions. It has the authority and the accountability for improving the company’s relationships with its customers. Frankly, it’s unusual for companies to have such a central point of authority and accountability. Most businesses organize themselves around functions, products or geographic regions. They manage day to day along those lines. But who is responsible for maintaining the integrity of customer relationships? Sales reps may be in close touch with buyers, but they don’t have the authority to alter most of the policies or procedures that affect the customer’s experience. Marketing communicates with customers, but usually has little say over risk management or product development.

A customer advocacy office thus fills a major gap. It is the project management office that coordinates product development, marketing and other functional groups in the organization to focus on the customer experience. Net Promoter provides the methodology and the tools; the CAO is the arm of management that puts the methods and tools to work.

A CAO has many specific functions, of course (see Figure 1). It manages competitive benchmarking feedback, oversees customer relationship and touchpoint feedback, develops and supports change initiatives, and handles NPS-related training and communication. In a large organization, that’s enough to keep a small team pretty busy. But a CAO shouldn’t let its day-to-day functions obscure its key mission: acting as the customer’s representative. That’s its raison d’être—and that’s why it’s so important.

Rob Markey is a partner and director in Bain & Company’s New York office and leads the firm’s Global Customer Strategy and Marketing practice. He is coauthor of the best-seller The Ultimate Question 2.0: How Net Promoter Companies Thrive in a Customer-Driven World.

The Value of Prototypes

Creating a pilot or prototype is an essential part of designing a robust, scalable Net Promoter System.

The Benefits of a Competitive Benchmark Net Promoter Score®

Learn how you are faring against the competition. 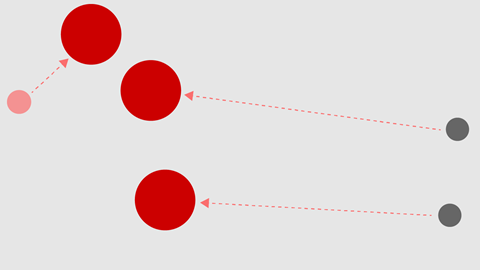