Early pilots coined the phrase "point of no return". It's the place from which an aircraft no longer has enough fuel to make it back to its original airfield but must push on to a new destination. Rocked by the downturn, managers are in a similar position, but the point of arrival need not be a scary unknown. Corporate navigation has three co-ordinates: where to win; how to win; and what to do to mobilise the organisation—particularly the front line—to get there. These beacons are the essence of strategy.

The first challenge is choosing where to compete, with the clear objective of emerging from the crisis as a leader. That means locating which customers, which distribution partners, even which countries to focus on. Companies that clearly define their core business have the best chance of success. Winning companies are sustained value creators. They typically achieve at least a 5.5 per cent real growth rate in revenue and profit over ten years while earning back their cost of capital. Those with the highest market share outperform those with the lowest share by a factor of five.

How to win? In our experience, it requires a repeatable formula that allows a company to reinforce and expand its core. The power of a repeatable model is its simplicity. People know the business's priorities. Nike, for example, has a repeatable model to extend its brand in new segments, new products and new countries. In a downturn, that kind of focus and experience is invaluable.

A company's existing business often contains the keys to adapting its repeatable model. Tesco's repeatable model is its ability to open store after store and to cater to different customer segments with different formats. As the recession took hold, Tesco recognised that its customers were looking for value-priced products and so began emphasising value.

Finally, a good strategy must engage and support the front line, to serve customers better than the competition. This is the acid test. In a downturn, the strategy often shifts from expansion to reinforcing the core. The challenge is to help people to understand the new direction and work in concert rather than at cross purposes. We call this mobilisation and it's an essential part of a strategy designed to strengthen the core.

Enterprise Rent-A-Car realised that great service would set it apart from competitors, but that would require striking a balance between central control and local responsiveness. By helping frontline employees to track customers' experiences and empowering them to fix problems, it increased its American market share from 25 per cent to 34 per cent in eight years. A downturn tests every company's direction, but when you know where you're going, and arrive ahead of the competition, you've won.

James Allen is co-leader of the global strategy practice at Bain & Company, the business consultancy. This article is adapted from the forthcoming Winning in Turbulence (Harvard Business Press, 2009). 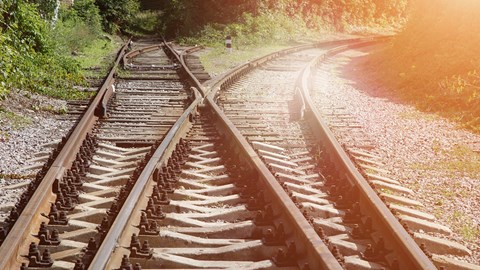