Solutions like these are powerful. They can sometimes streamline processes and systems and unlock value. But they often fail to deliver the desired benefits, because complexity just pops up somewhere else. A global energy company, for example, spent close to $100 million on seemingly successful reengineering initiatives, yet general and administrative (G&A) costs continued to climb at a rate of 15% a year. One frustrated executive told us, “If you add up all the savings we’re supposed to get from the reengineering, we should have negative G&A right now. Instead it keeps on going up.” The same company had installed a new ERP system in hopes that it would deliver better value and save money. Yet IT costs were shooting through the roof.

Some companies have developed a different approach. Rather than try to fix processes solely through functional excellence or fix IT solely through systems modernization, they work the interfaces or nodes where business units and functions intersect. They address not just the process or system itself but also the root causes of complexity in the overall framework (see Figures 1 and 2). The payoff from this kind of cross-boundary approach is substantial. Not only do the companies solve their immediate problem—they lock in simplification throughout the organization. They may begin with processes and systems, but they wind up with a more focused company.

The best way to understand the approach is to consider some examples, both in organizational processes and in IT systems.

At the energy company, as at many enterprises, the finance department spent a large fraction of its time generating reports. Staff members collected data, analyzed it, prepared the reports and then circulated them to operating managers. A conventional process-oriented solution might try to optimize this function. It would most likely reduce costs by 10% or 15%.

But this company had already seen too much process reengineering, so it took the approach we’re describing in this article. Looking beyond the walls of the finance department, a team sought out the customers of all the reports—the operating managers. Team members reviewed every report with these managers, asking how the report was being used and what would happen if it was discontinued. “Many meetings were almost comical,” one participant recalls. “People would say, ‘Would you describe that report again? I don’t think I’ve ever seen it.’” The team also examined whether the reports contributed to the company’s current strategy and key metrics. Many had been developed years earlier and were no longer relevant to the handful of critical measures the newly focused company relied on. Thanks to this higher-level cross-functional review, the company was able to eliminate a full half of the finance department’s managerial reporting and close to half of its costs.

That’s a relatively simple example, but the approach works as well with more complex process issues. Consider the chemical company mentioned in the introductory article of this series at www.bain.com/FocusedCompany. The company was suffering from too much downtime, late deliveries to customers and low overall use of machinery. Each time it ran a new product through its equipment, it had to do a complete cleanout. The changeovers were time-consuming and expensive, and overall equipment efficiency was about 33%.

At first, the company tried to improve cycle times through Lean Six Sigma techniques. It altered the scheduling, for example, and developed new methods for changeovers. These measures raised overall efficiency from 33% to about 40%. But then a team began asking the kinds of cross-functional, outside-the-four-walls-of-the-plant questions that the energy company had asked. Why is our product line so complex? Why do we have so many changeovers? The questions took the team on a voyage of discovery. Members learned that the marketing and product development functions had created unnecessary and unwanted product varieties. They learned that engineers were scheduling product runs without consolidating orders and without considering the trade-off between production efficiency and inventory costs. They discovered that operators in the plant were overruling the engineers’ schedules because of machine breakdowns and material delays.

All these discoveries enabled the company to take a series of measures aimed at simplifying the entire system, well beyond the scope of the original issue. Soon the plant was running at 67% efficiency—an effective doubling of capacity, with little additional capital investment.

IT systems are notorious for their complexity. Often the reason is simple: As a legacy system ages, intrepid IT departments create updates, new modules, work-arounds, software fixes and other sorts of patches. In any given instance, the cost of a short-term repair or improvement is far lower than the cost of overhauling the entire system, so the complexity just gets worse. The only long-term solution is to redo the whole thing. (Moreover, IT departments can be victims of their own organizational complexity, including a lack of clarity in decision making and convoluted governance systems. We’ll discuss those issues in other articles in this series.)

But like business processes, IT systems don’t exist in isolation, and in many cases the source of complexity lies outside the walls of the IT department. Consider these examples:

The importance of focused processes and IT

As you can see from the examples, processes and systems affect, and are affected by, a company’s strategy, business units, product portfolio and organizational policies. Thus creating focused processes and IT systems is no small matter. What follows are some lessons companies have learned as they attack their process and IT issues.

Functional excellence produces some benefits, but most of the benefits come from solving issues at the nodes. Typically, no one has been working to optimize the overall framework, so there are big opportunities for simplification. Look at the difference between the 10% to 15% savings the energy company might have achieved by streamlining its finance function and the 50% savings it attained by working the nodes.

Solving complexity at the nodes means seeing problems through a general manager’s lens. General managers have to understand how functions work together to accomplish the company’s mission. Functional executives are unlikely to have the necessary perspective. The companies we cited had gone for years without looking at the big picture. That failure was costing them millions of dollars.

Clarity around decision rights, authority and accountability is critical to progress. If people don’t know who is responsible for the key decisions in a process—or, worse, if the wrong people are responsible—the process won’t work smoothly. At the chemical company, engineers were making one set of decisions about scheduling, and plant operators were overruling those decisions, leading to scheduling chaos. The process could operate correctly only when the company identified the individuals with the best view of scheduling issues and gave them explicit decision rights.

Understanding incentives is key to understanding behavior. It’s difficult to break down silos—to cross functional nodes—when managers’ incentives reflect only what goes on inside the silo, or when the incentives encourage them to take a parochial view. This was the problem with the IT systems at the energy company and Royal Caribbean: Managers had no reason to take a broader outlook. Incentives should encourage everyone to think of the enterprise’s financial performance as well as that of their own unit.

When you modernize an IT system, you can use that opportunity to simplify processes and the sources of complexity that affect them. This will lock in simplicity rather than perpetuating complexity. When new processes are cemented into place through IT systems, the savings persist.

But don’t let the cement dry too soon. Once installed, processes and IT systems create organizational inertia and are hard to change. Redesigning a process or replacing a system before simplifying strategies, product lines and other parts of a company’s operation is exactly backward. It’s like a real estate developer laying out the electrical grid for a new housing complex before deciding where the houses will go.

The right level of complexity is determined by customers. Companies gain advantage by doing things that competitors can’t do as well. If your customers value complex combinations of products and services—and if you can serve these customers profitably—then you will need some complexity in your processes and IT systems. IKEA’s processes and systems, for example, require some complexity— how else could the company supply 338 stores in 40 countries with a constant stream of innovative products while lowering costs on existing ones? The point is to eliminate unnecessary complexity, and you will most often find that customers require much less variety than you are currently offering. Focusing on true customer needs will help you find the balance point where what you offer is exactly what customers value and will pay for.

Companies often add one product after another in hopes of attracting and keeping customers, but offering too many products can create complexity and strangle growth. 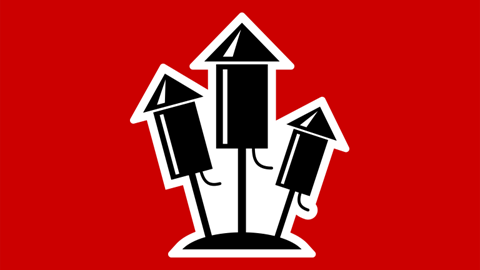