Even in Asia’s dynamic emerging markets, brands often find it more difficult than ever to outperform their competitors. Some companies are taking a new approach to revitalizing brands and bringing them to full potential.

In Asia’s emerging markets, strong multinationals and local players alike are rapidly creating, growing and redefining categories. The trouble is, in this dynamic environment of intense competition, brands often find it more difficult than ever to outperform their competitors. But some companies manage to beat the odds. We examined the path two companies took to successfully building their brands in highly competitive emerging markets in Asia—steps they took after finding themselves losing share. A vitamin company we’ll call Vitamin Co. learned how to build a new relationship with its existing customers that would keep them loyal. After success in one country, it is now rolling out the approach elsewhere in Asia. Meanwhile, a shampoo maker in China with traditionally strong market position watched as competitors swiftly moved, stealing some of its share of a rapidly growing market. Shampoo Co., too, learned how to regain its position—in this case, by increasing the premium nature of its brand.

While these two companies each pursued a different strategy to successfully turbocharge their brands, they have one thing in common: the approach they took to developing the best strategy. These winners used the Bain Brand Accelerator, created at Bain & Company to help consumer products executives better identify why brands are not growing faster and mobilize their teams to act.

The Bain Brand Accelerator process starts by finding the deep insights that can make a difference for reinvigorating brand growth—everything from clearer category definition to nuances in shopping behavior. The process is critical in Asia’s dynamic emerging markets. Rising incomes are fueling unprecedented expansion in high-end and low-end categories as well as the emergence of new categories like chocolate and pet food. Meanwhile, the new proliferation of modern trade is fundamentally changing the way consumers buy many products.

The next step involves using those insights to help make a series of critical strategic decisions: determining where to play, defining the right brand positioning and product offer and designing a winning activation model with the right mix of media, pricing, promotions and shelving options, among other considerations. The final step focuses on execution—putting in place the organizational capabilities that will allow the company to deliver on its new strategy day in and day out.

Why is it so hard to get these steps right? From our experience with clients, we see a number of common issues. First, there’s an undetected flaw in the brand’s strategy. Most brand strategies have hundreds of embedded assumptions about consumer behavior, the competition and the category rules. It is easy for one of those assumptions to fall out of date as categories change and consumer habits evolve. And there are times when the assumptions are simply too shallow. The second major reason that so few brands consistently outperform the competition: execution plans are often not perfectly aligned with the strategy.

This company’s flagship brand—we’ll call it Vitamax—had a market leadership position in multiple markets across Asia but suffered from four years of flat volume growth, despite having proven health benefits and a large following. To change course, the company advertised heavily and encouraged trial through samples in store to attract new users. It also carefully tracked and matched competitors’ promotion and in-store activity. But nothing seemed to work.

To understand the root causes behind flat growth, Vitamin Co. conducted a careful review of Vitamax’s performance, executing a deep-dive into sales and other data. Based on its analysis, the company determined its consumers are loyalists—loyal to a single brand in the category as opposed to choosing from a repertoire. Consumers demonstrate loyalist behavior when they repeatedly buy one brand for a set of needs or occasions. In contrast, consumers exhibit repertoire behavior when they tend to choose different brands in a category. For brands with loyalist consumers, the goal is to recruit new fans and build their brand preference. In such categories, highly targeted marketing (typically through media or recruiting events) is crucial.

Vitamin Co. determined that 85 percent of Vitamax sales volume came from loyal consumers. But despite Vitamax’s strong rate of acquisition, it found that 60 percent of its first-year consumers stopped buying the product. They were not fleeing to competitors; they simply were giving up on the product. These insights had major implications on marketing strategy: Vitamin Co. needed an approach that would allow it to sustain consumers’ loyalty over time, in addition to activities that recruit new consumers to the category.

In a pilot project in a single country, the company shifted marketing resources. Previously, the bulk of its investment went to promoting new users to trial the product through advertising campaigns, in-store promotions and other “war in the store” tactics. Now it balances the investment between brand awareness, attracting new users and one-on-one marketing activities aimed at retaining consumers. Vitamin Co. tailored messages to be more relevant to specific consumer segments, built relationships through one-on-one and community marketing and introduced incentives to encourage a longer-term trial to make Vitamax a habit. It reduced marketing aimed at high-lapsing segments, reinforced local marketing teams and created a dedicated global team to drive retention. It also modified incentives for sales teams to encourage retention.

After successful testing of a new loyalty approach, Vitamin Co. is now expecting to see growth for Vitamax rise from low single digits to strong double digits in a pilot market and has laid plans to roll-out the same new approach for other markets in the region.

Shampoo Co.: Capturing a fair share of a “premiumizing” market

Shampoo Co. has a strong market position in China, mainly with its value brand, which we’ll call Crinis. But Crinis started losing share to competing brands and management found itself unsure about how to move forward. It set out to devise a new category strategy and growth plan for Crinis, with the goal of creating a repeatable growth model that could be used by Shampoo Co. in other countries and categories.

Carefully analyzing sales data, Shampoo Co. learned that Chinese shampoo buyers show repertoire behavior—they purchase an average of three different brands each year and make those purchase decisions in the stores. Brands competing in categories with repertoire consumers need to reconvince those consumers to buy their product each time they are shopping. In such situations, having perfect in-store activation is an absolute priority.

While Shampoo Co. initially thought it was mainly selling to value purchasers, it turned out that most of its customers purchase a mix of value and premium products. Among the findings: only 20 percent of China’s shampoo purchasers buy strictly within value categories, 75 percent of shampoo shoppers are women and 50 percent of all families use a single shampoo for the whole family.

There were a number of clear signs that Shampoo Co. was losing its historical base and dealing with consumers whose behavior was different than what it had previously believed. Chinese consumers traditionally considered shampoo to be a basic-care product. Increasingly, they were looking to it as something that would give them social confidence. As such, it was becoming a more premium product. Moreover, instead of buying their shampoo in traditional stores, consumers in China were making more of their shampoo purchases in modern trade channels such as minimarkets and hypermarkets.

Based on these insights, Shampoo Co. needed to readjust its strategy. Because its purchasers were repertoire buyers who made brand decisions in the stores, Shampoo Co. ended its tradition of low in-store visibility and limited promotions. It began investing to secure the best shelf position for Crinis. Instead of appealing solely to value shoppers, the company began targeting Crinis to women who purchase shampoo for the entire family—and who purchase both value and premium products. Meanwhile, the company began to grow its presence in modern trade channels, including establishing a special modern trade sales team.

The result of its dedicated effort? Shampoo Co. successfully repositioned Crinis as a premium product—and it embarked on the process of identifying innovations that would help secure that positioning in the years ahead.

As these examples illustrate, even in the most difficult situations, companies can accelerate their brands by devoting energy to challenging the underlying assumptions that drive their strategy. By diving deeply into consumer and category data and using proven tools, they can update insights and build a new, more relevant strategy for growth. But success can be achieved only if the entire organization is fully aligned behind the new strategy. Given the numerous challenges facing the consumer products industry in Asia’s fast-growing markets, this is an approach to growth—or sometimes survival—that few companies can afford to ignore. 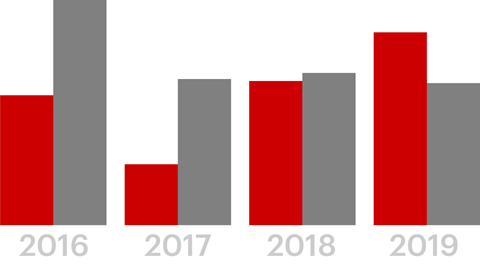 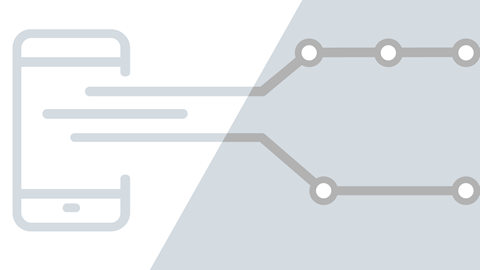 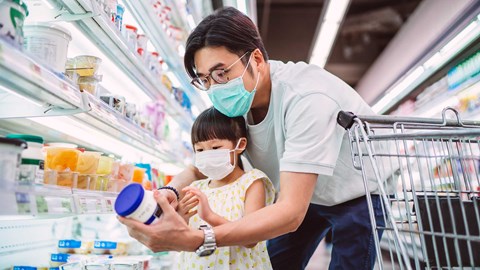