The wealth management industry has entered a phase of accelerated M&A activity. Deal value records were set in 2020 and 2021 as companies sought to reshape the industry across major sectors (see Figure 1). Corporations looking to stay current with the market are using both scale and scope deals to get ahead of the emerging disruption in the industry.

The North American market is leading the global industry in M&A activity, with clear deal theses around both scale and scope plays.

Many companies find that scale is a necessity to remain competitive. Consolidation provides access to brand and marketing benefits as well as the capital needed to invest in large-scale technical improvements to keep capabilities current.

M&A has proven the most efficient way to build scale across the industry’s main sectors.

But even as they grow via acquisitions, companies are finding that scale alone is insufficient for leadership. Scope deals are becoming more critical with the emergence of wealth-tech players that serve new and adjacent wealth management markets. Funding for wealth-tech assets reached a record $12.7 billion during the first three quarters of 2021, more than doubling the amount invested in all of 2020.

Incumbent wealth managers are reacting to the new competition and its new technology capabilities by turning to M&A.

Incumbent wealth managers are reacting to the new competition and its new technology capabilities by turning to M&A. JPMorgan Chase bought Nutmeg, a UK online wealth management platform in 2021. Goldman Sachs got in the game with its acquisition of United Capital in 2019, followed fast by its purchase of Folio Financial in 2020.

In the retirement sector, scope deals are aimed at giving buyers retail capabilities. For example, Empower’s 2020 acquisition of Personal Capital created an end-to-end financial planning service for customers. Meanwhile, Creative Planning is buying Lockton’s US retirement business to expand the range of services it offers.

Wealth management companies are finding that scale alone is insufficient for leadership.

Europe and Asia are a few years behind

Much of the recent wealth management deal activity has taken place in the US, but companies in Europe and Asia are just a step behind. Many of the same themes are playing out in those markets, with companies turning to dealmaking to scale up and to digitize their customer and adviser journeys.

In Europe and Asia, deals are aimed at building regional growth as well as both upmarket and down-market expansion. Some of the activity takes the form of partnerships or investments instead of traditional M&A. For example, UBS expanded its product offerings by partnering with wealth-tech platform Envestnet, while LGT’s stake in digital LIQID gives it access to new customer groups.

Private equity has been a major force in market consolidation, especially in the US RIA sector. In 2016, the sector saw 68 private equity deals; by 2020, that nearly doubled, to 122 deals. Strategic buyers must anticipate continued competition from private equity firms, which are sitting on significant dry powder and are eager to acquire wealth-tech companies.

Meanwhile, incumbent players are continuing to enjoy a profitable period. They have the financial power for acquisitions that provide higher growth platforms and that widen their scope and build regional scale.

Finally, technological innovation will continue to propel M&A activity. It’s becoming increasingly critical for companies to deliver key digital capabilities, such as digital advisers and client experiences, while simultaneously relying on technology to increase productivity. These demands will continue to lead companies to the M&A arena, with players acquiring capabilities through scope deals as they also seek deals that will give them the scale needed to fund growing tech investments.

Heightened activity turns up the pressure on buyers. The mounting competitiveness delivers higher valuations, and buyers need to work harder than ever to justify deals and make them succeed. The best companies work to develop a clear deal thesis, look to all sources of value creation as part of the deal, and then execute with a well-devised integration plan (see Figure 2). As part of this effort, more buyers will look beyond cost synergies to revenue synergies and take a disciplined approach to achieving them (see “Bringing Science to the Art of Revenue Synergies”).

Above all, companies need a clear view on M&A strategy and a willingness to jump into the fray. As more companies use M&A to build scale economics and acquire today’s capabilities that will become tomorrow’s table stakes, those that sit on the sidelines are likely to end up staying there. 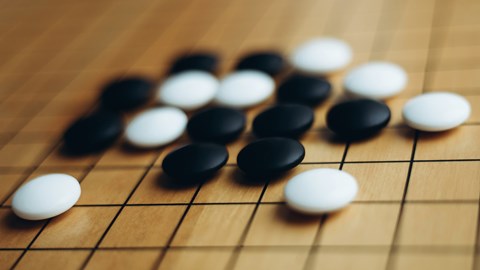 Deals are one way to avoid this sector’s valley of death. 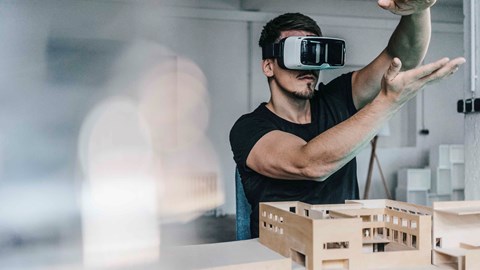