Being great at software development is no longer a capability that’s just nice to have; it’s becoming a competitive imperative for companies across industries. For most, DevOps is emerging as the best way to develop and deploy software. DevOps speeds up the software cycle by developing and deploying continuously, increasing automation, and giving the development team more accountability for operations. That’s why more than 90% of business leaders cite DevOps as a top strategic priority for their business.

It's a powerful tool that helps companies digitalize processes quickly and support critical business operations. DevOps leaders like Amazon and Netflix deploy code thousands of times a day. Spotify uses it to rapidly ship innovations like Spotify Wrapped, its year-end personalized collection based on each user’s history, the framework of which was set up in one day.

But despite prominent successes, many companies are hitting a wall when they try to scale DevOps across their organization. While more than 90% of companies say they’ve adopted DevOps for at least some cases, only about half have rolled it out broadly, and only 12% describe their DevOps capabilities as mature, with a centrally governed toolchain, full integration, and a high degree of automation (see Figure 1).

DevOps is a strategic priority for most companies, but many have yet to use it across the enterprise

What’s holding them back? Executives see the opportunities, but about 90% of companies say they find it challenging to scale DevOps, mostly due to difficulties finding the right talented people, managing complex systems of tools, and convincing change-resistant cultures (see Figure 2).

Most companies find it challenging to scale DevOps

Too many companies deal with this complexity by leaving decisions with the DevOps teams, which increases agility, but can also create a “wild west” environment―decentralized, with few standards. Tool vendors exacerbate the problem by selling directly to developers, allowing them to try and buy tools themselves, with little coordination across the company. As recently as 2015, Salesforce’s DevOps had a wild west feel like this, with more than 20 deployment programs, some homegrown, some commercial, and some open source. This model became less manageable as Salesforce grew, so the company created a centralized tool team that helped reduce the number of tools used and actively manages a toolkit that evolves regularly due to frequent acquisitions.

Initiatives like those at Salesforce reduce complexity and increase a company’s ability to scale DevOps. We see four common sets of action among companies having more success extending DevOps across the organization. Three of these corral the team around common standards and architectures, while the fourth installs the right mechanisms to persuade change-resistant cultures.

Consider the development teams at Airbnb, which used to choose their own tools and vendors independently. This led to poor reliability and frequent crashes with certain software components. The vice president of engineering led an initiative to centralize decisions about tool and vendor selection, aimed at ensuring that each team got the right tool for each task from a curated short list of approved tools, resulting in higher reliability and fewer crashes.

Most companies say they plan to centralize decision making

Despite concerns that recentralizing decision making could reduce agility and slow down development, companies using centralized standards teams experience fewer issues of managing tools and environments, which, in turn, can accelerate teams and processes. By contrast, in a fully distributed, heterogenous, wild west model, issues like security, compliance, moving developers across teams, and overall manageability can become huge challenges. Putting in place the right metrics can ensure that teams maintain their agility―a key benefit of DevOps.

Invest in tools and automation. Only one in five companies say they have the right tools and automation to scale DevOps. Most will have to invest substantially to fill those gaps, and they should take a strategic approach. About 60% of companies say they plan to consolidate on DevOps platforms over the next three years. For many, that will mean adopting one of the dominant emerging platforms, such as GitLab, Atlassian, or Microsoft’s GitHub or Azure DevOps platforms. These are built to serve the DevOps methodology and speed of development and deployment, but they will add cost. For most large companies that need to scale quickly, these investments are probably worth it.

Adjacent tools like provisioning platforms (for example, HashiCorp), observability (Datadog), and testing (Postman) are also strategic components of the overall toolchain. Testing in particular remains a major bottleneck on the path to faster release cycles, and the manual testing market is 10 times greater than the automated testing tools ($30 billion vs. $3 billion). The testing market is highly fragmented today, but likely to benefit from significant innovation and consolidation over the next few years.

Accelerate adoption of next-gen architectures. Over the next three years, adoption of serverless technologies could rise from 33% to 55% of workloads, and containers adoption from 52% to 75% of workloads. This massive adoption of these next-generation architectures hosted on cloud infrastructure increases scalability and agility. They’re better suited to the efforts of DevOps teams, which can own and orchestrate a service, and that should help increase DevOps adoption.

Invest in change management. As with any significant transformation, deploying DevOps at scale requires strong change management capabilities: securing executive support, getting teams excited about the merits of DevOps, and ensuring top-to-bottom alignment so that engineering, IT leadership, and frontline teams are collaborating. This can be challenging for many companies; only 23% say they have strong norms in place that empower teams to make decisions and maintain accountability after deployment. Operational metrics can help track success. Mature DevOps organizations use about 40% more indicators to measure success, including deployment frequency, deployment time, lead time, and mean time to recover.

For vendors, the rise of DevOps means several things. First, they’ll need to adjust their sales model to reflect the expanded range of customers. In a DevOps world, developers have more say over which tools get used, so some vendors that once sold primarily to IT leaders will now be communicating directly with the developers who have their hands on the code and products. That means they’ll need to build developer advocacy in the form of communities, strong documentation, code snippets, and easy trials. They can complement those efforts with a more centralized go-to-market plan that includes converting small pockets of advocates into enterprisewide standards.

Second, vendors will need to serve a market that’s moving toward standardized platforms, either through end-to-end platform offerings or niche-point solutions that are integrated with existing platforms. While only 10% of companies have standardized around a single DevOps platform today, another 60% say they’re likely to do so over the next few years. Vendors will need to meet that demand while also innovating new offerings that work in next-generation environments, including cloud infrastructure and application programming interfaces.

The next steps in the DevOps journey

DevOps continues to expand, and the requirements for running mature DevOps capabilities at scale will continue to evolve and serve as a competitive advantage for those who can achieve it.

On the horizon, we see three vectors for expansion.

Decentralized decision making was a smart move for most companies. It allowed DevOps teams to experiment with a wide range of tools and platforms, enabling them to compare while they developed their capabilities. Now, as DevOps matures, its wild west frontier is closing. For those who want to reach the destination of scale DevOps across the enterprise, with all the competitive benefits that entails, the journey is clear: Recentralize decision making, standardize tools and processes, and consolidate DevOps and auxiliary tools on common platforms. 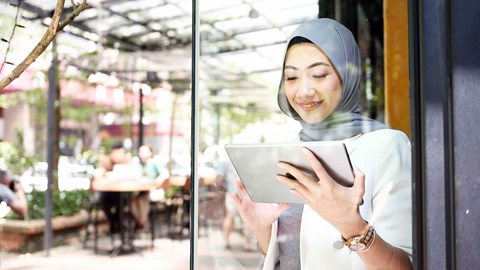