The past two years have seen more first-time buyers of companies than ever in India; they now account for about 80% of the country’s M&A vs. 51% in 2015 (see Figure 1). These purchasers are aggressively buying to meet shareholders’ expectations of 27% annual growth in India, a sevenfold increase over the past three years.

First-time buyers have abundant capital and historically low interest rates on their side. Many of them see acquisitions as a way of getting ahead of disruption in a fast-paced market in which 46 of the country’s 69 unicorns emerged in 2020 and 2021 alone, affecting sectors from finance to retail to technology.

Many among this new breed of acquirers are insurgents buying to build scale rapidly, enter new geographies, add new lines of business, or deliver a full omnichannel experience to customers. For example, education tech insurgent Byju has been on a buying spree, investing more than $2 billion into 11 acquisitions, including its $1 billion purchase of Aakash Educational Services, an offline test prep company. Byju bought the company to build an omnichannel offering for its test prep vertical.

PharmEasy, India’s leading e-health player, made multiple acquisitions to enter new verticals, including a 66% stake in Thyrocare to strengthen its high-margin testing business by tapping into Thyrocare’s wide network of collection centers.

These and other deals reflect a shift in the type of M&A sweeping India. More companies doing more deals means that average deal size is now smaller, with fewer $5 billion or greater megadeals and more deals in the $500 million to $1 billion range. Also, more deals are designed to transform a business, not just grow it. In India, scope acquisitions outside a company’s core business aimed at entering a new market or gaining a much-needed capability are steadily advancing to match the volume of scale deals. Scope deals now account for 4 out of 10 transactions.

In India, more deals are designed to transform a business, not just grow it.

Another huge theme involves reshaping portfolios through M&A. Over the past 18 years, we have analyzed the performance of more than 100 conglomerates in India and Southeast Asia. During that time, we tracked a gradual erosion in shareholder returns among conglomerates. The big culprit? A large portion of a typical conglomerate’s business is in unattractive or lower-multiple industries. Conglomerates that have reshaped their portfolios using acquisitions and divestitures, however, have delivered three times the total shareholder returns as those that failed to actively manage their portfolios.

Indian conglomerates are taking note and overhauling their portfolios through M&A, betting on profit pools of the future in areas such as digital, renewables, electric vehicles, and fintech. To fund these moves and manage their portfolios, they are pruning ownership in legacy assets or in subscale positions that could be more valuable in another parent’s hands. For example, the Mahindra Group has reshaped its portfolio and exited loss-making businesses, with multiple divestments, including a potential sale of its stake in SsangYong. The Tata Group is actively reshaping its portfolio and has completed 21 deals over the past two years, including multiple acquisitions to build out its super app and to consolidate its position in consumer goods.

This comes at a time when competition for deals is getting hotter. Among the reasons: Financial investors are betting big on M&A. For example, private equity investment doubled in the first half of 2021 over the same period a year earlier.

To fund M&A and manage portfolios, India’s conglomerates are pruning ownership in legacy assets or in subscale positions that could be more valuable in another parent’s hands.

Don’t sit it out. The year 2022 should be a bumper year for M&A in India. Executive teams know this is a unique moment of transformation and that M&A has an important role to play. Our research clearly indicates that winners reshape portfolios in times of turbulence. During the 2008 financial crisis, for example, Indian companies that acquired or divested outperformed their peers two to one in earnings before interest and taxes growth over the subsequent five years.

Companies sometimes feel constrained not by a lack of capital but rather by an executive team’s limited bandwidth and its lack of confidence in successfully integrating a scope acquisition. This is particularly true for first-time buyers, but it also is the case for more seasoned dealmakers doing first-time scope deals. The good news is that the risks in scope deals are known and understood and that a strong playbook can be deployed for value creation.

Reshape the portfolio. Future growth engines (what we call “Engine 2”) can hedge against disruption of a core business, or they can help a company take advantage of shifting business boundaries in newly accessible adjacent markets. Leadership teams must make resource allocation decisions between businesses that will generate cash, drive growth, and boost valuation—and they must use this moment to reshape portfolios through acquisitions and divestitures.

Deploy the appropriate M&A playbook. Done correctly, scope deals can unlock tremendous value. That was the case with Tata Consumer Products, which generated an 84% excess return above the Sensex. Scope deals can be difficult to execute, however, and they can destroy value without the right playbook. First-time buyers need to build a repeatable M&A model for success.

For example, in scope deals, it is not sufficient just to understand the standalone value of a target and joint value creation potential. Dimensions such as culture, sustainability, and consumer sentiment should also be evaluated as a standard part of due diligence. Also, the best companies have a clear integration thesis and an equally clear understanding of the critical few decisions that will make or break the success of the deal. The integration thesis needs to translate the deal thesis into a roadmap of what needs to be integrated (or not integrated), when to integrate, and how to go about the integration. 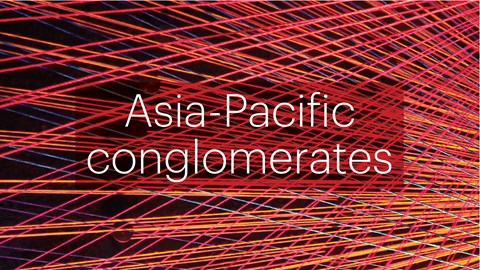