The year 2021 brought record-breaking M&A deal values. After a down year in 2020, value rebounded to an all-time high, with soaring valuations and accommodating deal financing. Total transaction values reached an unmatched $5.9 trillion. Some buyers were motivated by the plethora of available assets and low cost of capital; others jumped into the fray to stay competitive as their peers did deals. Companies raced to acquire both transformative capabilities and to scale up in a historic land grab.

The overall story for strategic buyers was positive, with 2021 strategic deal values hitting $3.8 trillion. This makes it the second-highest year for strategic deals, a rebound from 2020 that matches feedback from strategic buyers that it has been a busy year (see Figure 2). In our global survey of 281 executives, a full 80% noted that deal activity was part of their broader business strategy in 2021, and more than half (52%) cited the availability of attractive assets on the market as a driver of deals this year.

For these strategic buyers, 2021 brought a nuanced and evolving market—one that demanded an expanded set of skills and a deep understanding of the deal landscape.

Within strategic M&A, some areas notably are booming more than others. Tech assets in particular have decoupled from the broader M&A market, with median enterprise value/EBITDA multiples at 25 times. This is partially explained by the broad applicability of digital capabilities required to remain competitive across sectors. Healthcare similarly saw asset prices soar, with median multiples of 20 times. In both tech and healthcare, buyers are willing to pay a premium for high-margin, high-growth assets. Meanwhile, non-tech and non-healthcare assets were also up vs. prior years, although median multiples of 14 times were well below the extremes seen in the other two industries.

Strategic buyers across industries cited pain from these record deal prices. At the same time, public market trading multiples have risen even more quickly than strategic deal valuations, especially over the past two years (see Figure 3). Given this gap in valuations, companies should be able to capture returns from buying and integrating assets at lower multiples. Buyers worried about an overheated market could likewise finance their deals with stock rather than cash, yet there was not an underlying shift in stock vs. cash transactions. Deal executives have been cautious about valuations, even in a world in which public market valuations have been hot.

Strategic buyers faced increased competition when they got into the game. Given their ability to underwrite synergies, strategics have historically had a strong hand against financial buyers. In 2021, nonstrategic buyers continued to grow their share of deal value as financial investors sought to deploy accumulated dry powder. Moreover, as public market valuations outpaced deal multiples, financial investors increasingly chose equity market alternatives such as initial public offerings and SPACs over exits to strategics. These trends challenge strategic buyers to identify, size, and underwrite synergies, including revenue synergies, to ensure competitiveness against alternative sources of capital.

Companies appeared to diversify their M&A strategy. Combined, joint venture and strategic alliance volume grew by nearly 4.6% between 2017 and 2020 (driven predominantly by strategic alliances), reaching a 20-year high in 2020. Meanwhile, CVC volume grew at a nearly 7% annual rate between 2017 and 2020, and the value of those investments increased by 24% annually over the same time period; 2021 further accelerated this growth trend. By pursuing partnerships and CVC, buyers maintain flexibility, mitigate the risks of large-scale M&A, and bring more variety to their M&A investments. 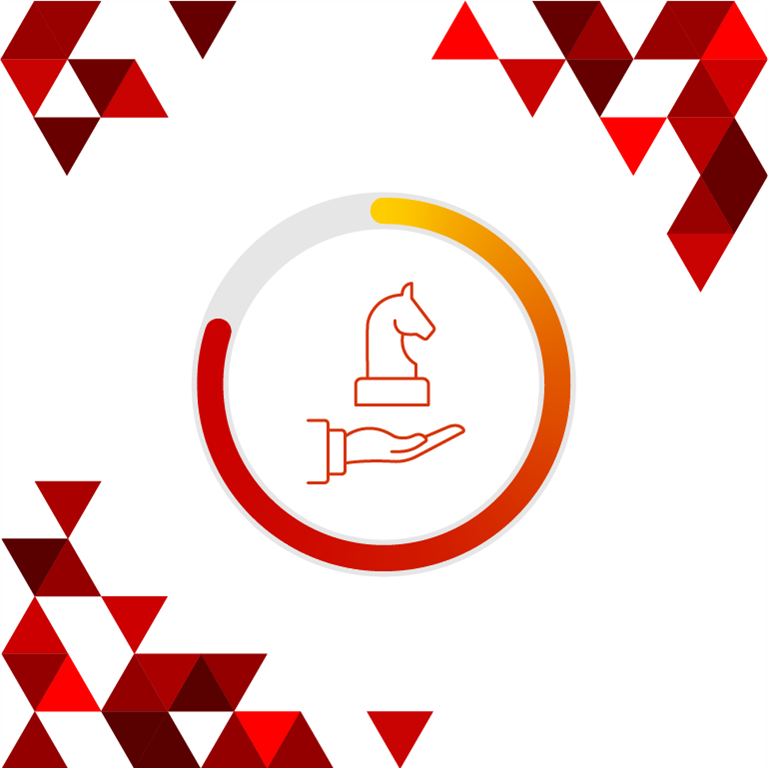 In 2021, scale deals were more common than scope deals, a partial unwinding of the trend toward deals outside the core business that we have tracked over the past several years. Scale deals accounted for more than half of large deals (those valued at more than $1 billion) throughout the first three quarters of 2021. During a year of significant supply chain disruptions, companies appeared to retrench around operational excellence and take advantage of pandemic-related dislocation in some markets. Given the high prices for assets, scale deals predicated on cost savings may have felt safer to buyers than richly valued scope deals underwritten by revenue synergies.

On top of all these factors, in a world of virtual work, social distancing, and travel limitations, companies continued to face challenges to the process of dealmaking itself.  Organizational bandwidth limitations and pandemic-induced friction in the deal process did not fully subside, even as many industries got closer to business as usual.

In short, the 2021 rebound in strategic dealmaking took place in an evolving market.  Companies sought to use M&A to keep pace with the trends transforming their industries (many of which were accelerated by Covid-19) while also navigating high prices and intense competition for deals.

Many are wondering what lies ahead for 2022 and beyond. Bain’s outlook remains optimistic, as many of the fundamentals for dealmaking remain attractive for buyers. We watch for risk factors that could change this outlook but do not yet see overarching signals of a slowdown.

Our optimism is reflected in the opinions of strategic buyers themselves. Executives have a favorable outlook: 89% anticipate that their own deal activity will either stay the same or increase in 2022. When asked to name the primary reasons why their organization pursued more potential M&A deals in 2021, 80% of surveyed executives answered that it was because M&A is part of their business strategy. So, absent significant shifts in business strategy, which we do not anticipate, it is unlikely that there would be a significant change in the relevance of M&A as a growth driver.

Additionally, while some read the high total M&A values as evidence that we are headed for a correction, our more nuanced focus on strategic M&A weeds out some of that noise. Indeed, as shown previously, strategic M&A shows positive but more muted trends than the broader deal universe, providing less credence to the notion that strategic deal value is bound for a crash.

We also anticipate a continuation of the secular trends behind the business model transformations that continue to produce deals. In particular, demand for new technological capabilities and underlying innovation will continue to grow. Additionally, in many industries, buyers face evolving strategic priorities, such as environmental, social, and corporate governance (ESG) capabilities, requiring companies to reevaluate existing portfolios and their M&A roadmaps in a new light.

Nonetheless, it’s important to acknowledge several risk factors that could complicate this positive outlook. Deal activity has been amplified by expansionary macroeconomic conditions that have made capital plentiful and inexpensive. If central banks and governments phase in more neutral or austere fiscal policies, deal financing may tighten and dealmaking may level off.

Buyers face macroeconomic complications, including supply chain disruptions, inflation, labor shortages/greater competition for talent, and rising wages. If these factors intensify, that could create an environment in which companies become less expensive to acquire, even as potential buyers come under financial pressures of their own. Deals would be cheaper, but wallets would be emptier.

Strategic buyers also face evolving regulatory scrutiny that may have a chilling effect. About 44% of executives report that they already are seeing or expect to see greater scrutiny from regulators. This scrutiny has two components:

Even if deals are not ultimately blocked, the need to build more time and resources into M&A processes to navigate regulatory review may slow dealmaking. Some more recent actions, including UK regulators’ call for Meta to divest Giphy as well as the US Federal Trade Commission’s lawsuit to block Nvidia’s purchase of Arm, have many wondering which regulatory interventions are one-off vs. indicative of new regulatory regimes.

Meanwhile, many are also tracking the impact of geopolitical evolutions, particularly with regard to China. China’s rapidly aging population, less growth-oriented state outlook (as evidenced by state crackdowns on the country’s biggest private sector firms), and strained relations with other major players in the global economy may cause its economic engine to stall. Such a slowdown could create ripple effects for global M&A in the coming years.

We anticipate some evolution in each of these risk factors in 2022, but we do not expect dramatic changes across all of them in the short term. In contrast, many of the positive drivers of deal activity will continue to create tailwinds that support dealmaking in the year ahead.

Strategic buyers face evolving regulatory scrutiny that may have a chilling effect. About 44% of executives report that they already are seeing or expect to see greater scrutiny from regulators.

What does this mean for the M&A practitioner?

Today’s buyers face an M&A environment that demands more from them than ever. Prices and competition are up, so what are the best practitioners doing to find success?

Elevate the importance of talent. Retaining talent is a critical success factor for many deals, especially for capability deals. Savvy acquirers recognize that talent is often one of the most valuable assets being acquired, and buyers run a significant risk of attrition when employees are uncertain about their future roles. Please see “Reimagining Talent in M&A” for our take on how successful companies are reimagining their hiring due diligence, reading the talent landscape, and using employee insights to inform their integrations.

Expand the M&A playbook. Buyers are broadening their M&A playbooks to account for new business needs and deal types. ESG is becoming a growing factor in the M&A process and a source of value for buyers. This introduces new strategic questions for buyers at all stages of the ESG game, which we address in “The ESG Imperative in M&A.” Beyond deal considerations, buyers also are looking to structure deals differently. Alternative deal types, such as partnerships (joint ventures, alliances) and CVC are often proving an appealing investment opportunity, but they require distinct strategic approaches. This is covered in greater detail in “Delivering Results in Joint Ventures and Alliances Requires a New Playbook” and “Harnessing the True Value of Corporate Venture Capital.”

Build a repeatable M&A model. Companies that frequently and materially acquire outperform their less-experienced peers in total shareholder return. In this report, please see an updated version of “Bain’s Bedrock Beliefs on How to Create Value from M&A,” which continues to show that in today’s environment, as before, M&A is a learned skill. Companies that make more acquisitions are more often likely to identify the right targets, develop the capabilities required to vet deals better and faster, and form the organizational muscles to more effectively integrate acquisitions.