The hottest business in payments is “buy now, pay later” (BNPL). For consumers, it’s an interest-free way to defer payments on purchases. For retailers that subsidize the offering, it’s a way to encourage conversion and higher average ticket sizes. BNPL has grown at an annual rate of 60% to 70% in the UK in recent years, and it now accounts for 5% of all e-commerce sales. In the US, it is expected to grow 10 to 15 times over the next three years, representing $650 billion to $1 trillion in transactions.

Not surprisingly, incumbent companies in payments are rushing to get into the act. And when they evaluate whether to build or buy, many are discovering that despite high valuations, the fastest way is with M&A. Out of all payments deals, BNPL deals represented 50% of value in 2021, a boom year for M&A in payments.

The megadeal of 2021 was Square’s all-stock acquisition of BNPL company Afterpay for $29 billion. Square (now renamed Block) will integrate Afterpay with its seller ecosystem and Cash App, which has about 70 million users. But also there were a number of smaller deals, including PayPal’s purchase of BNPL firm Paidy in a $2.7 billion largely cash deal to enable access to its base of more than 6 million customers across Japan.

Visa and Mastercard diversify beyond cards

Meanwhile, payments companies must deal with the prospect of credit cards losing share as consumers move to digital and account-to-account payments. One option for them has been to diversify beyond traditional cards by acquiring new payments players, not only in BNPL but also companies offering account-to-account and wallet payments as well as ancillary services such as know-your-customer solutions.

Visa has been pushing into consumer payments with Visa Direct, its global real-time platform for peer-to-peer and business-to-customer payments. The company made two major acquisitions in 2021: European open banking platform Tink and cross-border payments platform CurrencyCloud.

Piling up such tuck-in deals, however, is not going to be easy. There is increased regulatory scrutiny involving antitrust concerns in markets in which these companies hold leadership positions. For example, Visa abandoned its $5.3 billion deal for Plaid before it even had a chance to succeed following a US antitrust lawsuit alleging that Visa’s acquisition would eliminate a competitive threat to its online debt business.

Piling up tuck-in deals is not going to be easy.

Using selective deals to scale up

The year 2019 saw large deals among payments companies, with Fiserv’s acquisition of First Data, Fidelity National Information Services’ acquisition of Worldpay, and Global Payments’ purchase of Total Systems Services. This continued in 2020, with deals such as the Worldline and Ingenico merger and Italian payments processor Nexi’s $9.2 billion deal for rival Nets, creating Europe’s biggest payments firm by volume. There were scope deals, too, such as American Express’s purchase of small business online lending platform Kabbage.

In addition to Square-Afterpay, one of the bigger deals involved PayU’s acquisition of Indian payment gateway BillDesk for $4.7 billion to help it expand into emerging markets. More common, though, was larger techs pursuing tuck-in acquisitions, such as Fiserv’s $206 million purchase of Pineapple Payments and Stripe acquiring India’s Recko.

Smaller payments fintechs also selectively acquired to bulk up and penetrate new markets. That was the case with payments-as-a-service platform Rapyd’s $100 million deal for Icelandic payment company Valitor, for example.

In an effort to increase focus on its global corporate, commercial, and wealth businesses, Citigroup has divested its retail banking business in 13 markets, most of them in Asia, providing a unique opportunity for local and regional banks to scale up their credit card business and gain share in the consumer space. National Australia Bank (NAB) took advantage of the opportunity by buying Citi’s consumer business, a move that put NAB in the No. 2 position in the country’s credit card business. Similarly, in the Philippines, UnionBank purchased Citi’s consumer business to boost growth in its retail banking sector. And UOB Group acquired Citi’s consumer banking franchises in Indonesia, Malaysia, Thailand, and Vietnam to increase its scale across Southeast Asia.

US technology firms expanded into payments in 2021.

Payments deals are coming with increasingly high valuations, making it more challenging to do large-scale deals. In the fourth quarter of 2020, the median enterprise value (EV)–to–trailing 12-month revenue multiple was 15 times. The Square-Afterpay deal carried a 42 times EV/revenue multiple. At the same time, the growing popularity of stock deals has made it difficult for banks to participate. As a result, players need to be clearer and more selective on the strategic rationale for acquisitions (e.g., geographical expansion, new payments capabilities, or value-added services).

Deals intended to provide a specific capability come with their own challenges. Because of the complexities involved with integrating diverse payment platforms, players may struggle to realize the intended benefits. Combining companies’ infrastructures can create redundancies in functionality and operations. It can also make maintenance more expensive, which in turn can boost processing costs.

Finally, as deals in BNPL grow in number and as this business takes shape, regulatory scrutiny for consumer protection concerns will continue to become more of an issue in markets around the world. Companies acquiring to expand a geographical presence need to be prepared to address possible regulatory issues—and, when necessary, be prepared to walk away from deals. 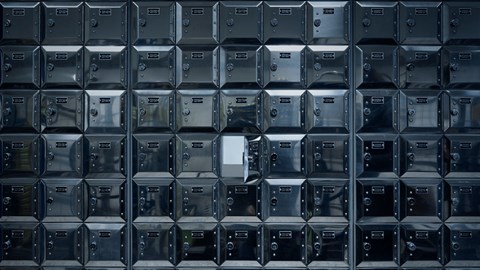 As banking M&A continues to heat up, acquirers must deal with a more dynamic environment and a new set of rules. 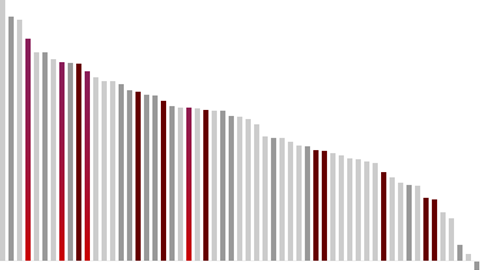