George Bernard Shaw is quoted as saying, “The minority is sometimes right; the majority always wrong.” He was referring to the concept of majority and minority in the world of politics, but it’s important in business, too.

Living and working in Japan, every day I experience something many white, male, American executives rarely, if ever, do: being in the minority. I’m not fluent in the language or in all the unwritten norms of the culture, and I don’t look very Japanese either. I might as well be walking around with a big “foreigner” sign over my head—and sometimes it feels like I am. But I chose this path, and I love it. Though I only recently moved to Japan, I believe it’s making me a better leader.

I had the same feeling when I moved from the US to Europe more than a decade ago and was trying to do business in my then-broken German, which thankfully has since improved. But you don’t have to go overseas. Recently I attended a global women’s conference that my firm, Bain & Company, hosted. In a rare moment in my career in the professional services industry, I found myself one of the only men in a conference room with scores of women. It certainly felt different.

My experience is not the same as that of people who live and work in environments where they are in the minority through no choice of their own. Too often, those individuals and groups lack the critical sense of belonging, support, and trust needed to thrive. As members of underrepresented groups, they often face great challenges, and the increased focus we are seeing today on diversity and inclusion in the workplace and society is crucially important. I am writing about something different, experiences I have had the opportunity to opt into. My experiences are not in any way comparable to theirs, and I want to be clear about that, but they have offered insights that I find valuable and would like to share here.

The opportunity to work in Japan and Europe has helped me look at issues through a new lens. Being in such a very different position builds empathy and understanding, I believe, and can foster that most important of human virtues: humility.

I’ve come to see proactively putting oneself in the minority as a way to help accelerate leadership development. For years, multinational corporations have effectively done this by rotating leaders around the world. Particularly for global consumer products companies, Japan has been an important stop on the executive development itinerary. If you can make it in Japan as a foreigner, the logic goes, you can make it anywhere.

Studies have found that diverse teams feel less comfortable than homogeneous ones, but that they also perform better. Getting there takes real work building an inclusive environment in which each team member can bring their best work. In today’s rapidly changing work environment, there are many opportunities to flexibly deploy talent across divisions, functions, teams, and geographies. Whether it is something an individual asks for or the organization’s idea, selectively and purposefully taking leaders out of their comfort zone and placing them in situations in which they are in the minority can offer valuable benefits.

My Bain colleague Sebastien Lamy, who has spent most of the past two decades in different parts of Asia as a consultant and an executive, emphasizes how working in a culturally diverse environment helps leaders sharpen their ability to create change. “It’s a constant quest to balance challenging the status quo, which is sometimes easier as an outsider, and seeking to understand and respect why things work a certain way,” he says.

Here are three benefits I have experienced:

George Bernard Shaw was a bit dramatic in his language—he was, after all, a playwright. The majority is not always wrong. But there certainly is wisdom in minority perspectives. If you have the opportunity to take that point of view, you’ll be a more effective leader for it. 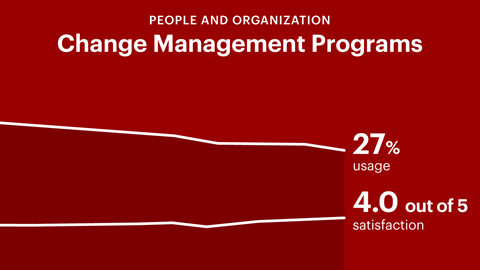