This article originally appeared in Forbes.

Wringing out corporate waste can be a liberating experience. Imagine looking back on cost-cutting efforts of the past five years and not having a single regret. The key is to regularly and aggressively hunt for “no regrets” initiatives that will make a company both leaner and more effective.

Many companies tend to make cuts in response to an economic downturn or a shift in the market, or because they are under pressure from investors to deliver gains within a quarter or two. At that point, it’s too late to take more constructive measures, which require time to identify, plan and implement.

By contrast, companies that generate an evergreen portfolio of no-regrets cost initiatives do three things:

1. They launch a cost program before it’s needed.

It typically takes 12 to 18 months to identify, prove and build out initiatives that come with no regrets. And because IT often underpins the best initiatives, it also takes time to build the appropriate systems.

A reasonable cadence involves assembling midlevel teams every one to two years and challenging them to identify potential initiatives. The options can then be analyzed and the best handful chosen for implementation. Similar to a capital planning process, with all the projects arrayed and discussed annually, the teams refresh their commitment to the cost initiatives each year. That helps the company develop a culture of continually scouting no-regrets moves.

2. They carefully analyze the impact on effectiveness.

Anyone can cut 10% of costs from a department, but to make intelligent cuts, executives need to understand which activities are critical to the health of the business and which are expendable. Companies that take this evergreen approach have found it useful to sort potential initiatives into three categories.

The first category, clear wins, will dramatically improve both efficiency and effectiveness. Consider a global beverage company that realized it could be smarter about its marketing spending: It harmonized point-of-sale materials like glassware and displays in taverns by brand worldwide and also consolidated sourcing and fulfillment. That not only reduced costs—the company is on track to cut 10% to 35% of its spending, depending on the subcategory—it also led to higher-quality materials and a more consistent visual identity across countries.

The impetus for clear wins often starts with the need to address a particular problem, rather than the desire to cut overall costs. Omnicare, a US pharmacy provider to long-term care facilities, some years ago wanted to regionalize and streamline its prescription order intake process. To do that, Omnicare needed to build an electronic workflow system that could digitize and automatically triage incoming orders from nurses. The new system proved more cost-efficient, balancing the workload across employees in different time zones, and allowed for faster, more accurate order entry and better customer service.

Worth the trade-off initiatives will substantially improve efficiency and have only a small impact, either positive or negative, on effectiveness. They often involve stopping or reducing costly programs that don’t yield the intended benefit, such as employee training that has fallen flat.

Paring sizable merit pay increases can often be worth the trade-off. When the CFO at one company reviewed merit raises, she realized the finance staff had consistently received higher raises than staff in other functions. The CFO determined that merit raises for finance could be reduced from 5% to 3%, on average, without putting a dent in the department’s morale. This saved the company operating expenses without impacting operating effectiveness.

Last resort initiatives will reduce costs but have a damaging effect on the business. Think of cutting the process improvement team at a factory or decreasing the investor relations staff from four people to one at a publicly held firm, which might eliminate road shows and same-day responses to investment analysts. Companies should undertake this kind of initiative only under duress or when a clearly superior use of resources surfaces.

3. They take an enterprise-wide view in order to make valid comparisons of initiatives.

Making fair comparisons of one business unit’s initiative with another’s requires using consistent metrics. Start by plotting potential initiatives on a grid, with one axis showing the impact on effectiveness and the other showing efficiency gains. Senior leaders should then discuss the relative placement of those initiatives, analyzing how each initiative would improve or hinder effectiveness, as well as testing the confidence level of estimated cost benefits.

The process can yield surprising results. At a fast-food chain, a management team debated a set of potential cost-reduction initiatives. One of the leading contenders, proposed by the supply chain group, was reducing the frequency of bread delivery, but that would have also reduced product freshness and degraded the customer experience. Only after the team took an enterprise-wide view did it uncover other initiatives that could yield big savings and actually improve effectiveness, such as outsourcing some quality assurance functions. This insight would have remained buried without an enterprise-wide view.

Cost-consciousness need not imply risk aversion, but rather a search for value in all spending. Senior leaders no longer demand a 10% cost reduction; instead they challenge employees to lower costs in ways that “make us a better company.” This gives managers permission to be creative about possible initiatives, research the economics of each one and present a range of options. With enough time and consistently applied effort to find the no-regrets initiatives, employees will rally behind the cause and companies will be able to fuel strong growth—without putting the business at risk. 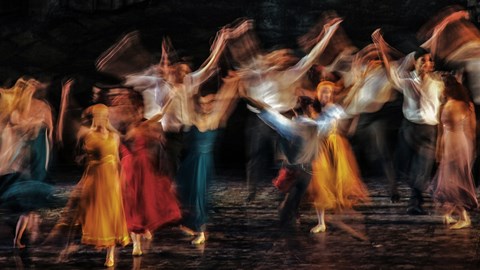 Cost-Cutting with No Regrets 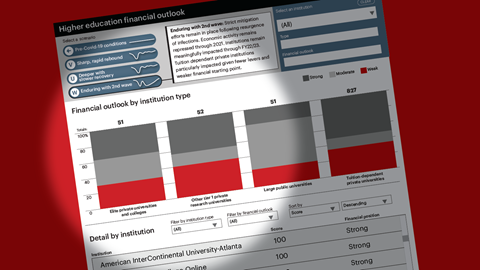