Utility executives around the world are watching the rise of distributed energy systems and trying to determine the best ways to react to this challenge to their traditional businesses. The rise of distributed energy (DE)—smaller power-generation systems for homes, businesses and communities—is a response to environmental concerns, rising power prices and regulatory pressures and incentives. In some European countries, the amount of power generated by intermittent sources like wind and photovoltaic (PV) cells also leads major energy consumers to explore on-site generation as a backup solution and to cap costs. In the US, the leasing model, coupled with net metering and tax subsidies, has fueled adoption of distributed solar for residential customers. In less developed countries, such as India, diesel generators provide electricity to small towns or villages that cannot count on the country's unreliable power grid.

Growth of DE will force change on utilities' business models. Some of their most profitable customers will reduce their regular power consumption from the central grid in favor of locally produced power. These customers may still depend on the central grid for their emergency or peak use, so utilities will have to maintain their costly infrastructure and power-generating capabilities even as revenues from consumption decline. In many markets, utilities are working with regulators to adapt to this structural change by promoting a pricing model based more on connectivity and capacity and less on usage.

To thrive in this new dynamic, utility executives will need to understand the value chain of distributed energy and related business opportunities. They may need to develop or acquire new capabilities, as well as secure regulatory support, as they move from a focus on centralized generation to models that rely on more customer interaction, commercial and energy services, and information management.

What is distributed energy?

Unlike centralized power generation—that is, large power plants (coal, gas, nuclear) transmitting power through a grid to the end customer—DE relies on smaller networks of power generation, consumed on-site or distributed locally through a low- or medium-voltage community network. We see three main opportunities for utilities in DE: helping customers generate their own energy supply, managing end-user demand for energy and controlling the distribution and consumption of energy within a DE network (see Figure 1).

The opportunities in this part of the value chain include planning, building, installing and operating the physical assets, as well as the commercial opportunities in financing and managing risk. For example, in the US, Public Service Electric and Gas (PSE&G) is able to include capital expenditures for certain solar programs in its rate base, generating regulated rates of return. While PSE&G's situation is unique, many companies are exploring contractor models in which they buy, install and maintain equipment, leasing the supply of electricity to customers. To date, managing these assets has delivered the lion's share of profits in distributed energy (see Figure 2).

Controlling (steering) a distributed energy network. Some integrated utilities already have this capability, given their experience managing their own networks. In this part of the business, utilities manage a distributed energy network in real time, via a control center that monitors generation capacity from various sources and distributes it according to demand. Analysis of data over time allows the controller to predict usage and balance loads in order to reduce overall investment in power generation. For example, in Berlin, the Swedish utility Vattenfall combines distributed small CHPPs and heat pumps with its own power sources (such as large CHPPs and onshore wind around the city) to create a "virtual power plant." Vattenfall's central controllers, connected by wire- less communication to sources and customers, balance generation with consumption, depending on demand.

Energy prices, environmental concerns and regulatory pressures contribute to the rising popularity of DE across markets (see Figure 3). Germany has the most extensive penetration so far. Energy prices there have risen 60% over the past decade by some accounts, due to taxes and levies on power consumption, making it advantageous to produce one's own power and heat. Germany has committed to deriving 80% of its power from renewable sources by 2050; many of those sources are likely to be distributed. Additionally, some communities in Germany (and in other countries like Sweden) have a long tradition of operating their own district heating. For example, Växjö, Sweden, has relied on biomass-fueled district heating for several decades.

In the UK, the Renewable Heat Incentive (RHI) pays generators for heat they produce themselves, creating attractive economics for running small boilers (less than 200 kWh) with biomass fuel rather than oil. In the US, environmental concerns and financial incentives like tax credits and net metering, which gives credit to residential customers for electricity that they generate and send back into the grid, have encouraged distributed generation.

In developing economies such as India, distributed energy is an option to expand the electrical system into locations that are not on the grid, or for whom the grid is not a reliable source of power. India's massive power outage in July 2012, which left 670 million people without grid electricity, reinforced the need for commercial and industrial clients that rely on their own on-site, gas-fueled power plants to secure power and steam. Another incentive in India is that local or on-site generation means the source lies close to the demand, so customers don't need to rely on national or state grids with their high rates of loss in transmission and distribution.

What utilities must do to thrive

The rise of distributed energy represents a significant disruption for large utilities, one that will put their current business models under severe pressure. Some already feel the impact on profitability as these systems reduce their revenue from usage-based rates. Consider the risk in Germany, where the new opportunities are large, but not large enough to cover losses in traditional businesses. In 2010, profits in traditional, centralized generation amounted to €7.5 billion. We estimate that centralized generation will decline by 20% through 2020 as distributed generation rises and takes market share, resulting in a profit loss of about one-third, or €2.5 billion. Distributed energy profits may account for €3 billion to €4 billion by 2020, but large utilities are likely to capture only a part of that, with the rest going to smaller energy service companies.

Thus, the imperative to make the most of each opportunity is strong for each player. A well-balanced approach can ensure that existing capabilities support current operations while allowing players to expand into DE businesses.

Preserve and extend existing core capabilities. While utilities continue to manage their large centralized power systems, they can rely on their current capabilities to begin to move toward new business models. The clearest possibility here will be in managing the supply and demand balance of DE systems through sophisticated control techniques. Other core capabilities that should help utilities succeed in the DE value chain include their experience and competence managing large engineering projects, as well as their expertise optimizing the use of operational assets, at the local, regional and even international levels.

Expand existing capabilities. Utilities can begin to take "no regret" decisions that will put them in a better position to make the most of new opportunities. Foremost among these is improving customer loyalty and getting to know customers' needs and preferences better—skills increasingly critical in their traditional business of supplying power, but even more so in managing DE, where meeting customer needs must happen in real time. (See the Bain Brief, "Turning on utility customer loyalty.")

Identify new businesses. One option is integrated contracting, where the utility offers services such as planning, installation, operations and maintenance, load management or demand management. For example, utilities could act as a contractor to manage the energy efficiency of residential buildings, hotels, hospitals or industrial facilities. Contractors often share in the savings from the energy conservation measures they put in place. Dalkia and GETEC Energie offer these kinds of services, and some larger utilities are entering these high-growth businesses, too. For example, E.ON is ramping up its distributed business, having announced investments of nearly €1.4 billion for 2013-2015 in that area.

Distributed energy holds the promise of delivering efficient, reliable and, in many cases, renewable energy to customers around the world. As a result, customers will draw less power from the central grid and may unplug altogether. The sooner utilities identify the opportunities inherent in this growing movement, the more likely they are to capture the profits available to them.

Berthold Hannes is a partner with Bain & Company in Düsseldorf. Matt Abbott is a Bain partner in Los Angeles.

By enhancing their project management capabilities, utilities can use resources more efficiently and maintain a positive reputation with regulators and customers.

How utilities should evaluate upstream and downstream integration

Deregulation broke utilities apart, but many executives are now asking whether they should put the value chain back together. 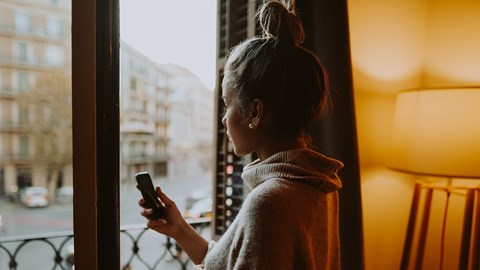