This article originally appeared on AMEinfo.

Organizational ailments, such as too much complexity, often interfere with good business decision making and execution. But they aren’t the only source of trouble. Even in the best of circumstances, people must ultimately make and execute decisions, and we human beings are even more complicated than a tangled org chart or a messy decision process. We are prisoners of our emotions, habits and biases. We choose A rather than B for reasons that we often don’t understand. These pitfalls can ensnare individuals who are making decisions; they can also cause groups to go astray.

The good news is that psychologists and behavioral economists have been studying why people decide the way they do. In this article, we’ll look at individual behaviors, highlighting four of the many obstacles that these scholars have identified. If you’re aware of the traps, you are far less likely to be snared by them—and your decisions and actions will be that much better.

Fairness. It’s a familiar story known to behavioral economists as a version of the “ultimatum game.” A bored rich lady sits between two strangers—call them Robert and Juliette—on a plane. For entertainment, she offers to give Robert $10,000, with the proviso that he must make a one-time binding offer to give some of it to Juliette. If Juliette accepts Robert’s proposed split, they divide the money accordingly. If she rejects it, the rich lady keeps her money, and Robert and Juliette get nothing.

So how much does Robert offer? In theory, he could offer Juliette only $10. A rational person would accept it because it was, after all, free money. In practice—and the experiment has been conducted repeatedly—people in the Juliette role regularly reject any offer that they deem unfair. Fairness is a powerful moral principle that plays a big role in decision making, often stronger even than self-interest.

You can see this phenomenon in business as well: Any decision that people regard as unfair, such as paying bonuses to executives while laying off lower-level employees, is likely to trigger a sharp reaction.

Read the full article at AMEinfo.com.

Paul Rogers is the managing director of Bain & Company Middle East and Turkey. Paul has 30 years of experience with Bain and is a senior member of the company’s Organization, Consumer Products and Retail practices. 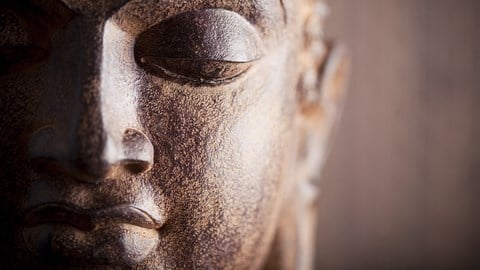 The Science of Centeredness

By achieving centeredness in the workplace, you can produce more thoughtful, strategic and authentic responses to everyday stresses.

Your company is connected—but can it make and execute good decisions?

The connected enterprise presents huge opportunities. If you focus on decisions first and connectivity second, you will be well positioned to capitalize on them.