North America was the most active region, with 1,281 deals accounting for 65% of the overall value, down from 78% in 2020. European deal value more than doubled in 2021, rising to nearly $80 billion and accounting for 18% of global value.

Deals greater than $5 billion accounted for 39% of total value, in line with 2020, but down significantly from 68% in 2019 (see Figure 2), suggesting that value continues to be more concentrated in smaller deals. The year’s largest corporate acquisition was Thermo Fisher’s takeover of PPD for $17.4 billion (excluding debt). Deals under $5 billion, which accounted for 61% of total value, have traditionally been the most competitive with private equity sponsors, indicating that corporate buyers faced increased competition for assets. Further, the Blackstone, Carlyle, and Hellman & Friedman investment in Medline, in a deal valued at $34 billion, and the H&F and Bain Capital acquisition of Athenahealth for $17 billion, suggest that sponsors may be moving upstream to compete with corporate acquirers for the largest assets.

There were few healthcare megamergers in 2021

Biopharma deal volume rose 4% to 1,002 from 968 in 2020, while deal value increased 9% to $234 billion from $215 billion—though down from a record $400 billion in 2019. Biopharma transactions still composed the majority of healthcare deal value, at 53% (down from 70% in 2020), and accounted for 6 of the 10 largest healthcare mergers during the year. However, these deals were smaller than 2020’s $40 billion AstraZeneca–Alexion pharmaceuticals merger, the $21 billion Gilead–Immunomedics merger, and smaller still than the 2019 mergers of BMS–Celgene for $74 billion and AbbVie–Allergan for $63 billion.

Midcap companies are beginning to leverage M&A as well as broaden their portfolios and solidify their market position for existing business lines. For example, Horizon Therapeutics acquired Viela Bio for $3 billion to strengthen its market position in autoimmune diseases, and Jazz Pharmaceuticals acquired GW Pharmaceuticals for $7.2 billion to enter the cannabinoid therapeutics market. However, with private equity funds deploying an average of $80 billion a year in biopharma since 2020, corporate buyers will likely face increased competition and higher valuations.

New to the acquisition scene was the targeting of pharma services companies. Thermo Fisher’s purchase of contract research organization (CRO) PPD aims to enhance its clinical research services offering. This acquisition is a natural addition to Thermo Fisher and highlights its investment in the pharma and biotech market. Another example, Icon, a global CRO, paid $12 billion for PRA Health Sciences, a clinical development services company, to create the world’s third-largest CRO.

The persistence of mergers suggests that the sector’s fundamentals remain strong and that corporate investors will continue to use M&A selectively to expand their R&D pipelines and product portfolios. However, as valuations continue to rise, acquirers will need to get increasingly comfortable with underwriting higher growth expectations and seek stronger revenue synergies.

Life sciences tools and diagnostics, which is newly broken out in this year’s report, saw brisk M&A activity, with 145 deals accounting for $40 billion in value, as the Covid-19 pandemic spurred global demand for services and research consumables.

Besides Covid-19 testing, diagnostics providers benefited from other tailwinds, including new payer coverage for genome sequencing, wider adoption of noninvasive prenatal testing, emphasis on earlier cancer diagnosis, and consumers shifting focus to whole health. Among the cases of companies expanding their diagnostic capabilities were Exact Sciences acquiring Thrive Earlier Detection for $2.15 billion, and the Roche acquisition of Genmark Diagnostics for $1.8 billion, which both focus on early-stage cancer detection.

Additionally, like biopharma, life sciences also drew investments in services, with the Danaher acquisition of Aldevron for $9.6 billion to further support clients in research, clinical, and commercial applications.

Medtech: digital and category leadership to the fore

Medtech deals slowed in 2020 amid the decline in elective surgeries and limited commercial access to hospitals. As uncertainty over patient volumes receded, the sector staged a comeback. Deal volume rose 7% to 584 in 2021, from 546 in 2020, and deal value rebounded 56% to $60 billion from $38 billion (yet off a record $97 billion in 2019). This increase stemmed mainly from one large deal, Baxter’s acquisition of Hill-Rom Holdings for $12.5 billion, including debt. Like many major sponsor-backed medtech deals, this transaction represents an emphasis on digitally enabled providers, as Baxter advances its digital and connected care solutions.

Outside of digital transformation, acquirers have resumed their pursuit of assets that enhance category leadership. For example, Steris bought Cantel Medical for $3.6 billion to expand its dental offering, and Boston Scientific acquired a carve-out of Lumenis to strengthen its urology practice. As medtech companies sharpen their focus on core businesses, they continue to find willing buyers in public and private markets for carve-outs of their noncore product lines.

Payers: blurring the line with providers, and scaling up their offerings

Payer deal volume dropped 28% to 38 in 2021 from 53 in 2020; however, deal value continued its upward trend, growing 59% to $35 billion from $22 billion. Payers aimed to scale up or diversify their offerings to different groups of members. Centene’s acquisition of Magellan for $2.2 billion obtained market entry into behavioral health as well as a specialty pharma provider for Medicaid, while Cigna Evernorth’s acquisition of MDLive helped scale up its telehealth offerings.

Provider deal volume climbed 31% to 698 deals, compared with 533 in 2020; deal value, meanwhile, soared 137% to a record $45 billion from $19 billion. Most of these acquisitions were designed to help acquirers build scale and realize cost efficiencies. Examples include the announced merger of Brazil’s Hapvida with Intermedica for $9.6 billion, and Intermountain’s merger with SCL Health.

In a continuing trend, payers bought providers to better control members’ total costs, deepen member engagement, and improve health outcomes. Humana completed its $5.7 billion purchase of the remaining stake in Kindred at Home. Meanwhile, Walgreens continued its push into the provider space with its $5.2 billion investment in VillageMD, with the goal of opening 600 more primary care clinics in its stores. Should these strategies prove successful, we anticipate additional transaction activity that crosses the payer-provider line. And with strong profit pools and cash positions, we expect deal activity to accelerate across the payer landscape in 2022.

Among other notable deals, One Medical’s purchase of Iora Health for $2.1 billion was a consolidation play that expanded One Medical’s access to Medicare patients and is estimated to expand One Medical’s market opportunity to $870 billion.

Providers will no doubt continue to consolidate and build scale as they face ongoing margin pressures. As the world emerges from the Covid-19 pandemic to an endemic state, and providers return to some semblance of normalcy, we expect M&A volumes and values to rise further.

Healthcare companies in all sectors will continue to look to M&A to spur growth, and we may see more corporate investors partnering with private equity sponsors to get deals done, as Anthem has done several times. It’s important to note that not all mergers immediately result in increased value. For instance, One Medical purchased Iora in June 2021 and rebranded as 1life Healthcare. From a high of about $58, the stock traded at around $11 per share as of late January. Such pressure could discourage publicly traded companies from engaging in M&A, and prompt them to keep private assets private for longer periods of time.

Despite this, deal multiples remain high, with a median of 25 times forward-looking enterprise value to EBIDTA, and if they stay at 2021 levels, acquirers will need strong conviction in their investment thesis and must understand the deal risks, particularly when underwriting revenue growth. Robust internal M&A and diligence capabilities become critical for corporate acquirers sourcing viable deals.

After acquisitions, the winning companies will be those that understand where, how deep, and how quickly they have to integrate acquired organizations, and discern where integration unlocks deal value (such as structuring newly combined sales forces for revenue synergies). The most successful acquirers will also have a clear plan to boost capabilities that improve the odds of success, particularly if the acquired asset is a carve-out. 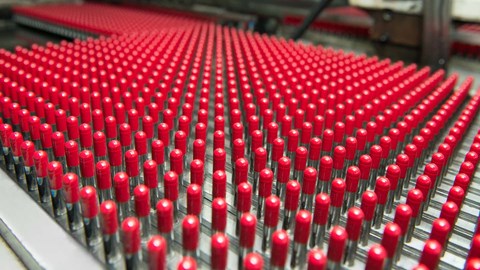