Globally, the number of healthcare exits increased to 146 in 2020, up from 126 in 2019 (see Figure 1). Disclosed exit value rose substantially to $73.1 billion, up from $40.8 billion in 2019, driven by several large deals in the North American healthcare payer and provider sectors. Breaking with the 2019 pattern, sponsor-to-strategic exits were the most common channel, representing 40% of total exits.

Amid soaring public market multiples, exits through IPOs or SPAC mergers became more popular in 2020. The number of IPOs and SPAC mergers surged to 25% of all exits, more than double their average of 12% over the past five years. The cash raised through IPOs also rose substantially, to $24.4 billion from $4.1 billion in 2019, largely due to a few megadeals.

Selling to SPACs became a more relevant exit strategy in 2020, with 248 SPACs formed, 56 of which focus on healthcare (see Figure 2). Periods of high market volatility and uncertain macroeconomic conditions make the SPAC a relatively more attractive exit option, as it eliminates the pricing range uncertainty of a traditional IPO, albeit at a higher cost. Several large exits during the year ran through SPACs, including H&F-backed Multiplan moving to Churchill Capital III for $9.7 billion, InTandem Capital Partners-backed Cano Health to Jaws Acquisition for $3.0 billion, and Bain Capital and Pfizer-backed Cerevel to Arya Sciences Acquisition for $780 million.

Moreover, of the 56 healthcare SPACs created in 2020, 49 of them were formed in the second half of the year, with most landing between $100 million and $250 million in raised capital. With this sort of acceleration, we expect to see robust SPAC activity in 2021 as funded vehicles search for targets.

Holding periods held to the standard 3 to 5 years, with a median investment of 4.5 years, similar to levels in 2019 (see Figure 3).

Quick flips, or assets held for less than 3 years, remained popular. The first quartile of holding periods stayed steady at a median 3.1 years, continuing a general downward trajectory since 2014’s median of 3.6 years. This trend suggests that private equity sponsors continue to put dry powder to use in the healthcare sector by rapidly turning high-value assets on relatively short timelines. Among the notable examples were naviHealth, which sold to Optum after just 1.9 years of ownership by CD&R.

With many quick flips, sellers also continue to favor retaining a minority stake in the asset. This allows them to keep some upside potential in growth businesses while also realizing gains for their current funds.

Examples of such partial exits included Blackstone majority stake acquisition of Precision Medicine from Berkshire and TPG Growth in November for $2.3 billion. The business, which provides a range of clinical trial services and commercialization support, is expected to benefit from overall macro growth in high-complexity life sciences, making it an attractive one to retain a stake in. Similarly, Welsh, Carson, Anderson & Stowe sold 49% of the largest Program of All-Inclusive Care for the Elderly (PACE) provider, InnovAge, to Apax Partners, while retaining 49% itself. This business is anticipated to grow due to population trends and increased demand for senior care. And TPG partially exited some of its position with WellSky by adding Leonard Green & Partners as a new capital partner only three years after the initial acquisition.

As in 2019, exit activity concentrated mostly in North America, with 58% of total deal volume. IPO exit volume there more than doubled, to compose about one-third of total exits in the region. Although sponsor exits also made up roughly one-third of North American exits, they accounted for over half of 2019 exits (see Figure 4).

In Europe, which saw 29% of total exit volume, IPO exits held flat, and generally made up a much lower portion of exits than in other regions. Private equity sponsor exits, meanwhile, declined by 10 percentage points in 2020. The pandemic disrupted many deal processes, especially among healthcare providers facing market uncertainties, with many assets having processes halted or never brought to market at all.

The Asia-Pacific region was responsible for just 11% of exit volume. Within the region, the IPO market shot up to 81% of exit value in 2020 from 15% in 2019, with strong demand for assets from capital markets due to large stockpiles of dry powder and investors reaching for yield. Sponsor deal value in the Asia-Pacific region fell under 5% of all exit value in 2020 from 51% in 2019.

We continue to see different exit trends across geographies, with North America and Asia-Pacific seeing a substantial spike in IPO exits while Europe remained more corporate-heavy.

The provider sector continued to be the most active, with 59 exits in 2020, up from 55 in 2019 (see Figure 5). Disclosed value also rose to $28.2 billion from $14.4 billion in 2019. The sector’s strong performance reflected the overall private equity investment market.

The provider and biopharma sectors accounted for most exit deals

Corporate exits played a larger role in 2020, composing 46% of all provider exit activity—through 27 deals—vs. 31% in 2019. A few large sponsor-to-strategic exits occurred as corporate entities sought to increase their scale, expand into adjacent revenue sources, or build in-house IT capabilities through add-on acquisitions.

In terms of disclosed deal value, IPOs took an outsized share of provider value: 36% or $10.0 billion, despite accounting for only 7 out of the 27 disclosed deals in the sector. A single SPAC deal for Cano Health, valued at $3.0 billion, accounted for a big share of IPO value among healthcare providers.

Biopharma: A major boost from IPOs

Exits in biopharma got a big boost from IPOs, which accounted for 20 of the 44 exits and 46% of disclosed value during the year. Indeed, 54% of all IPOs were biopharma deals, consisting mainly of companies engaged in clinical-stage drug development, such as TPG’s Vaxcyte (formerly Sutrovax).

Sponsor-to-corporate deals made up 18% of all exits in the sector during 2020, but were responsible for 28% of the exit value. Sponsor-to-sponsor exits made up 36% of all exits in the sector, with most of the value coming in services deals such as contract manufacturing organizations and contract research organizations. Berkshire and TPG Growth’s $2.3 billion recapitalization of Precision Medicine with Blackstone, Thomas H. Lee, and Frazier’s stake sale of PCI Pharma services to Kohlberg and Mubadala, and Nordic Capital and Astorg’s acquisition of Cytel, a provider of clinical trial design technology, exemplify the willingness of experienced sponsors to offer premium prices for attractive targets in high-growth segments. These acquisitions signal that private equity funds should be prepared to quickly complete diligence and act on assets that will likely be highly competitive.

Medtech: In search of category leadership

The medtech sector saw the smallest share of sponsor-to-sponsor exits, with 56% of volume being sponsor-to-corporate and 30% coming in the form of IPOs.

Medtech corporates continued to be an important exit route for financial sponsors as they make point acquisitions in pursuit of greater category leadership, such as Steris acquiring Key Surgical, which specializes in sterile processing department products, from Water Street Healthcare Partners. Align Technology’s acquisition of dental CAD/CAM software developer exocad from Carlyle is another example, as Align aims to broaden and strengthen its digital dentistry platform position.

Despite payer activity nearly doubling to 16 exits in 2020, it was the least active sector as in previous years. However, the sector still accounted for a significant source of disclosed exit value, largely because of one major deal, Multiplan, which represented $9.7 billion in disclosed value. Multiplan uses payment solutions and healthcare networks to lower costs for payers.

Transactions of healthcare payer technology firms—including the IPO of Centerbridge-backed GoHealth—accounted for three exits of more than $500 million each.

Healthcare deals typically outperform the rest of the market

Based on gross pooled multiple on invested capital (MOIC) for deals through 2018, healthcare deals have generally outperformed those in other industries. Healthcare buyout deals with initial investment entered between 2010 and 2018 achieved an average MOIC of 2.5, compared with 2.0 for other industries (see Figure 6). Based on this, we expect healthcare deals to continue to draw investor interest and increased allocations from limited partners.

The healthcare industry outperformed the average return of other industries

We expect the appetite for healthcare deals to remain strong, both among sponsors and public markets, opening up additional exit opportunities in 2021. There is even a possibility of a short-term spike in exit activity, assuming the world has moved past the worst effects of Covid-19, as assets sidelined by pandemic-related disruptions reestablish their baseline performance and move to exit. How quickly conditions return to baseline, and how much of a post-Covid track record investors will expect to see, are open questions.

To be sure, potential headwinds also could come into play. In the US, trepidation around the November election outcomes may also have acted as a drag on exits. Hesitation may continue well into 2021, given that control of Congress has shifted and brought a greater potential for change. The new Democratic majority is more likely to consider expanding government’s role in healthcare, as well as new legislation such as possible implementation of a “No Surprises” Act. Such legislation could create further uncertainty, especially about the long-term prospects for providers and biopharma firms. 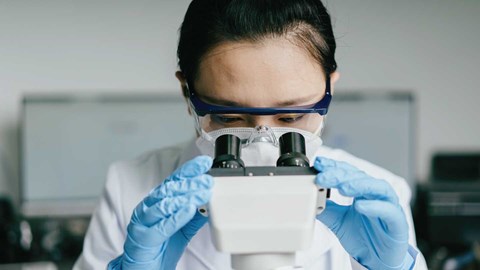 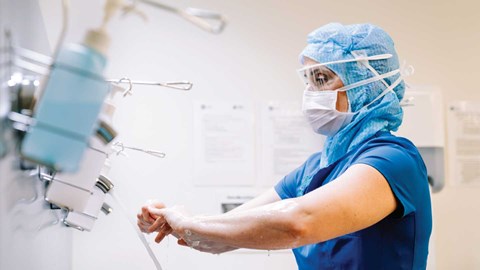