Hospira Inc. Chief Executive Chris Begley isn't prone to second guessing. But as he was halfway through implementing a strategy to spur growth and cut $100m in costs, he began to have questions. Decisions in every part of the medical device and pharmaceutical company seemed to take longer than they should. Even something as routine as producing marketing brochures was painfully slow. Drafts were passed along in manila folders. People added comments in longhand. Nobody really knew who had the final say.

What Begley realized was that Hospira had no choice but to speed up its metabolism if it was to join the industry's top tier. He may have had a strong plan and ample resources. But if his company couldn't make decisions quickly and efficiently, the rest wouldn't matter.

Begley's epiphany deserves close attention at a time when more and more companies are rewiring themselves to compete in a difficult, uncertain economy. The evidence shows that winning in today's global markets owes much to an organization's ability make and execute good decisions faster than the competition and without too much or too little time and trouble.

A Bain & Company survey of almost 800 companies from markets around the world demonstrates that high-quality decision making and strong performance go hand in hand. The data indicates a 95% correlation between companies that excel at making and executing key decisions and those with top-tier financial results, whether measured in terms of revenue growth, return on capital or total shareholder return.

What the survey also showed, however, is that most companies don't consider themselves very effective at making and executing decisions. Implementation gets bogged down in process. The wrong people are making decisions with the wrong information in the wrong part of the organization. Companies often try to speed things up by shifting boxes and lines on an org chart. But unless they have a clear understanding of where the system is breaking down, those reshuffling efforts rarely bear fruit.

What's required is a more holistic approach to the problem. Executives need to identify the critical decisions and look at each one. Then they need to perform a thorough analysis of how organizational strengths and weaknesses contribute to the problem so that changes will lead directly to better decisions and faster execution. (For a quick snapshot of your company's decision effectiveness and organizational performance, try taking our quiz.)

To understand where Hospira was falling short, Begley surveyed the top 300 people in his organization to gauge four important elements of decision effectiveness: The quality of decisions being made, the speed of those decisions relative to the competition, how effectively those decisions were being executed and how often the effort required seemed appropriate given the value at stake.

The problem, he discovered, wasn't the quality of decisions. The company was good at making the right choices. But it fell short on speed and the amount of effort required to make things happen. The decisions about the company's marketing materials were a small but telling example. The process of passing drafts and collecting signatures was archaic and time consuming. Nobody really knew who had the final say, which delayed implementation and diluted accountability.

To speed up decisions, Hospira first needed to understand how the company's organization and culture contributed to the sluggishness. This exercise revealed some significant strengths. The company had good leadership, for instance, and a strong talent pipeline. But managers also discovered that meetings weren't used well, interactions around decisions weren't mapped clearly, and the culture was lax in terms of customer focus.

The results provided Begley a roadmap for redesigning a wide variety of decisions key to the company's performance so that they could be implemented more efficiently with less effort. One early win was the marketing material. A team reworked the design and approval process while management clarified decision rights, giving people in marketing a clear say over the quality of the materials. The outcome was a smoother process that was faster and consumed less effort.

Our research shows that improving any of the elements of decision making - quality, speed, implementation - has a direct correlation with financial performance. But a key finding was this: Getting better at all of those factors has a multiplier effect, meaning that as companies learn how to make and execute high-quality decisions, performance improves rapidly.

That much was clear at Hospira. As Begley worked across the company to clear the path for good decisions, the entire organization's performance began to accelerate. The company quickly and effectively executed his broader revenue and cost cutting strategy. Not surprisingly, the company's financial performance has also improved. Following the announcement of its transformation effort in 2009, the company landed in the top quartile in total shareholder return for its industry - right where Begley and his team thought it should be.

What are your critical decisions?

Companies that make better, faster decisions, and act on them effectively will almost always outpace their competitors. 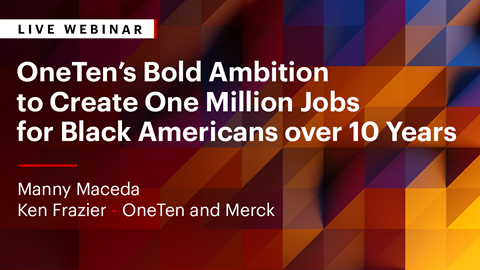