The current economic expansion is long by historical standards, and thus the risk of recession rises with each passing month. Recessions catch many companies by surprise, with predictable results. In the 2001 recession, total sales for the S&P 500 declined by 9% from its pre-recession peak to its trough 18 months later—almost a year after the recession officially ended. But these periods also present opportunities for well-prepared companies to take advantage of the turmoil and gain share.

The best time to undertake major changes that will strengthen a company during recession is before it hits. Prior to the past recession, both eventual winners and eventual losers in a group of 3,500 companies worldwide experienced double-digit growth rates. Once the recession struck, however, performance began to diverge sharply—the winners continued to grow while losers stalled out. The performance gap widened during the recovery. What did the winners do that losers didn’t? They pursued a variety of tactics before the recession that were designed to fortify the firm when the downturn hit—moves both within sales and beyond like adding a low-cost channel to serve small accounts or simplifying the product assortment.

We’ll focus here on what the sales organization should be doing now to prepare for the next recession, with an eye toward using new digital tools. The starting point, of course, must be to make sure you have the basics squared away: aligning sales capacity with the market opportunity (capacity tends to get rusted in place, leaving companies over- or under-resourced); sweating the details of daily execution (things like putting controls around discounting); and getting the back of the house in order (a nimble commercial operations groups is critical).

Digital tools and analytic techniques that have flourished in recent years can help make sure those basics are taken care of. Our recent benchmarking of nearly 900 B2B companies underscores the importance of these tools. On average, roughly four times as many winners—defined in this case as those companies that grew absolute revenue at a significant rate and gained market share within their industry over the previous two years—as losers have digital tools embedded into their core commercial capabilities. Digital tools can also open new go-to-market approaches.

Zero-base sales capacity. Too many sales teams use outdated practices in making account and territory assignments. They rely on backward-looking sales data and broad-brush reports to calculate overall market size and gauge how many reps they need and where to assign them. Digital tools can help make more accurate matches. Case in point: Vertiv, a provider of digital infrastructure to data center and communications networks companies, has built an opportunity calculator using a heuristic model powered by a few salient data points such as the number of server racks a facility can hold. The calculator quantifies the total spending for three main product lines within each of the top 100 accounts and estimates the market for smaller accounts in each territory. With this new process, Vertiv recalculated the potential market of its top five customers, discovering that the potential market was 50% bigger than it had previously estimated ($1.8 billion vs. $1.2 billion). Armed with the revised estimate, Vertiv revised their account coverage to capture the newly discovered opportunity.

Know when to walk away. Many sales teams lose track of which accounts consume most of their time and how they spend the time they do have with customers. Worse, most don’t have a quantified view of profitability by customer, product line and transaction.

To counter this problem, one cloud services provider went through a data-intensive effort to quantify transaction-level profitability and concluded that, no matter how it cut the data, deals under $2,000 were unprofitable. This analysis gave executives a rationale for prohibiting the smaller deals, and, with the sales team focused on closing larger deals, the company hit its sales plan one quarter later, after several quarters of misses.

Amplify low-cost sales channels. In other situations, rather than walking away from smaller revenue streams, some companies devise a channel that can close small deals profitably. It’s a myth that a field sales rep always needs to touch the customer in order to make a sale; in some cases an inside sales group is the cost-effective way to pursue a sale.

Consider the case of an online advertising and software company serving car dealers. After a series of acquisitions, the company’s sales force was underperforming. In particular, selling to and servicing smaller dealers became so costly that it led to low or negative margins for those customers, and consumed too much sales rep time. For smaller dealers, the company shifted to an inside sales center that not only reduced costs but also improved the dealer experience by increasing the attention paid to a typically underserved segment. Sales reps, meanwhile, were freed up to spend more time on larger project sales. As a result, the company increased its new customer acquisition threefold over the prior year and reduced its customer attrition by a healthy margin.

A shift to inside sales usually requires better digital marketing capabilities. New data sources and predictive analytics software can help inside sales organizations identify target accounts and allocate marketing and sales resources in real time. For example, an IT services company uses DiscoverOrg to mine organizational data that might indicate intent to purchase, such as job postings for a vice president of network. After deploying this and other digital tools, the company’s sales team doubled its rate of scheduling a first meeting with a prospective customer.

Detect and reinforce effective behaviors. To understand what separates top performing sales reps from the rest, companies have increasingly turned to analytics engines that mine online calendars and email traffic in order to help identify exactly which behaviors correlate with superior performance. Those behaviors can serve as the basis of training, reinforced daily by frontline managers.

A B2B technology supplier used Microsoft Workplace Analytics and other digital tools to track the behaviors of its sales reps. The data highlighted that top performers were three times as likely to interact with multiple groups inside the company, twice as likely to collaborate with peer reps, and 50% more likely to have weekly pipeline reviews with direct managers. Training on such behaviors, consistently reinforced by managers, can lift the productivity of lower performers.

Automate account management. Strong account managers keep an up-to-date view of the opportunity, share of wallet, decision makers and influencers, and actions needed in each account. Software applications such as Revegy and Altify automate this process and plug into a firm’s customer relationship management platform, turning a tactical opportunity-tracking tool into a powerful strategic planning tool.

Analytics can also support retention and cross-selling efforts. An industrial equipment distribution company uses artificial intelligence powered by Lattice Engines to identify the right products to cross-sell to customers. In their pilot, sales reps with the AI recommendations achieved 3% to 4% higher sales than those without. Since adoption, the distributor has seen revenue lift across all of its reps.

Streamline and digitize the back office. Commercial operations groups tend to be early targets for cuts in a recession. It pays to get ahead of cost pressures here by digitizing and automating large portions of the work, which reduces the need for employees to pull reports and manually reconcile numbers. The best commercial operations groups use their staff to execute analytics that produce valuable insights, such as mining the installed customer base for cross-selling opportunities.

Another digital opportunity involves the bid desk or “configure, price, quote” process. For instance, one telecom company uses an iPad application to support executives’ review of deals.  The app pulls in the level of risk, commercial viability, and strategic opportunity for deals of similar size, plus margin and expected win rate, making it easy to access the information in one place.

Raise the game in pricing. Almost all B2B companies could do better on pricing. Bain’s recent survey of sales and marketing leaders at more than 1,700 companies found that 85% of companies believe that their pricing decisions could be improved, yet only 15% believe they have the right tools and dashboards to do this. Even high performers on pricing see opportunities to unlock additional value through digital approaches including:

The vast number of digital sales tools can be overwhelming. Where should sales executives start?

We have seen commercial organizations successfully work through these questions with small teams that test and learn as they go. Many use Agile principles, setting up sprints to produce real business results, not just an improved process. Their sole measures of success are incremental sales and profit margin. Starting small allows the team to quickly work out kinks in the process and try things that might not work, because the consequence of failure is also small. And successes can be scaled up quickly.

There’s little point trying to predict a recession with any precision, because most often you’ll be wrong. But winning companies focus on controlling what they can control well before and during the recession, including their sales organization and go-to-market tactics. And becoming more proficient at digital sales technologies gives companies an upper hand over competitors that lag in digital adoption. Armed with the right digital tools, sales teams might almost look forward to the coming recession rather than fearing it. 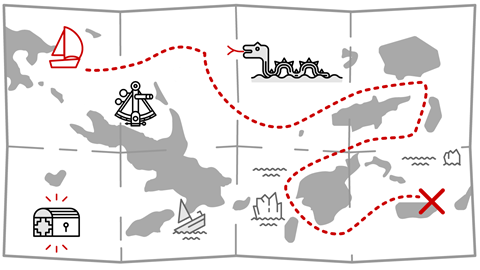 Preparing Sales for the Coming Storm

Companies that plan ahead and tap digital tools can not only survive a downturn but thrive. 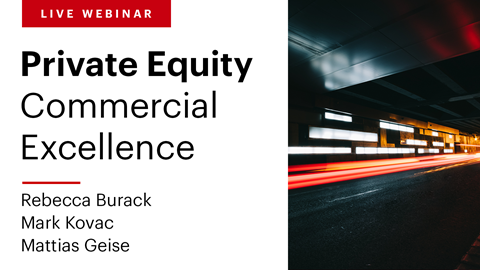 Rebecca Burack, Mark Kovac and Mattias Geise give their perspectives on how the pandemic will affect PE investors and portfolio companies. 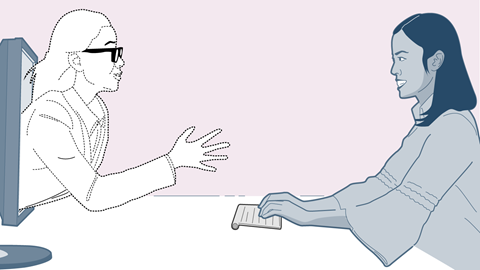