This article originally appeared in Forbes.com

Why is change so difficult?

One reason is that every transformation involves so many key decisions. Just to launch an initiative, corporate leaders must identify the facts that indicate a need for change, choose the best course of action, validate the business case, determine the highest risks and select the right leaders.

Another reason lies in the mood swings that can affect an organization undergoing change. The initial phase of a transformation usually provokes fear and skepticism. Once the possibilities begin to materialize, people feel optimistic, even exhilarated. Later, as new obstacles appear, they become anxious and pessimistic again. Cognitive biases intensify these moods and impede people’s ability to make good decisions.

Often, the stakes are high. Every major change is highly visible to employees and peers, to shareholders and board members and also to customers. The company has invested a lot of resources. A decision maker’s credibility is at stake. The cost of failure is steep. In many cases, decisions made during a transformation effort can define an executive’s career.

They establish a "decision drumbeat." Most companies organize change efforts around the final outcome. We find it’s more fruitful to organize the work around key decisions, creating a kind of "decision drumbeat" that governs the process and ensures adherence to a timetable.

When one major brewer acquired another brewer, team members set an aggressive timeline for integration and stretch targets for synergies and results. They mapped out the major decisions required to consolidate manufacturing facilities, distribution channels and advertising contracts. The team specified all the smaller decisions that had to happen before the major decisions could be made and laid those out on a detailed calendar. This decision drumbeat kept the integration marching forward.

A risk predictor can help a company identify the four or five risks that pose the biggest threat, the sequence in which they will arise, and the tools that will be most effective for containing and managing each one. When a decision gets stuck, it’s often because decision makers have been blindsided by some unexpected development. Tracking leading indicators can arm them with the information they need to make better choices if and when the risks materialize.

They find the right decision-making style. During times of change, leaders often find they need to modify their accustomed style of decision making. Companies that rely on consensus decision making often discover that consensus doesn’t work during a transformation effort: People are too emotional and reaching a consensus takes too much time. Yet a directive style—decisions made by one person with little or no input from anybody else—may undercut change by reducing buy-in. Most of our clients find that a participative style with clear decision roles works best, but even then decision makers may seek out less input than usual. What’s most important is that leaders spell out the decision style they intend to use, so that everyone knows what to expect.

Patrick Litre is a partner in Bain & Company’s Atlanta office. Paul Rogers is the managing partner of Bain’s London office and a member of the Global Organization practice. 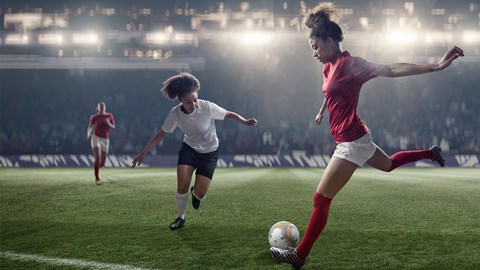