Even before the rough economic times started, the Japanese consumer market was viewed as one of the world's most advanced. Driven by sophisticated and demanding consumers, Japanese companies are highly evolved as innovators in the areas of product, packaging, channels and services. And they've been dealing with downturns since Japan's financial crisis began in the early 1990s. The combination of demanding consumers and prolonged economic hard times has taught Japanese companies how to adapt, and some are emerging as perennial winners.

That's why executives from the rest of the world are looking to Japan to see how it is possible not only to ride out the turbulence but also to increase profits and fuel growth, despite the downturn. By understanding how consumer habits are changing—and by anticipating trends—winning Japanese companies have created new products, shifted distribution channels, redefined the basis of competition and learned where they can—and can't—trim costs. In other words, they ferreted out opportunities presented by a downturn and emerged as even stronger competitors.

Who's still buying what in Japan? The country is one place where older shoppers have the greatest buying power. Our analysis of data between 2000 and 2006 finds that the nation's most influential consumers are families whose heads of households are more than 50 years old. They account for 80 percent of consumers' financial assets and income, and that segment has continued to grow as Japan is one of the most rapidly aging countries.

Increasingly, Japanese consumers are spending money on purchases that once might have been viewed as indulgent but now are rationalized as purchases that reinforce a lifestyle or image. (See figure 1.) In 2000, when the Nomura Research Institute asked consumers about the factors governing their purchasing decisions, 23 percent cited promoting their lifestyle as a factor. In 2006 that figure rose to 32 percent. Meanwhile, price consciousness actually appears to be dropping: 50 percent of consumers polled in 2000 cited price as the major deciding factor, but in 2006 that number dropped to 45 percent.

Dr.Ci:Labo, the maker of high-end skin-care products, is one company that has learned how to generate consumer insights to lead to new products that increase sales. Traditionally, companies invest in call centers with the aim of reducing costs for customer service or up-selling. (See figure 2.) But Dr.Ci:Labo wanted to make the most of its investment by finding another purpose. Instead of urging its call-center employees to resolve customer issues quickly or sell products, it encouraged them to use the interaction as an opportunity to learn more about the people who use its products, particularly those who would purchase the higher-end goods that deliver Dr.Ci:Labo the highest margins. By giving customer-service representatives time for long conversations with targeted customers, the company tuned into customer needs, boosted loyalty and successfully promoted its more expensive skin-care products. Dr.Ci:Labo's call-center strategy helped deliver steady sales growth and wider margins. Sales grew 14 percent annually (compounded) between 2004 and 2008, with margins ranging from 15 percent to 20 percent.

In January alone, Japanese department-store sales plunged 9 percent year-on-year, the biggest drop in monthly sales since record keeping began in 1965, and following a steady 11-month decline. Downturn leaders reduce their dependence on such traditional channels and create new outlets. Uniqlo, the casual-wear maker and retailer, has improved sales by opening shops in railroad stations with a customized product lineup. For example, the Tokyo station targets business travelers with a "one-day pack," complete with underwear and socks. These midsize shops outperform Uniqlo's larger stores, with four times more in average sales. In fact the outlet in Shinjuku station now ranks sixth in sales among all 770 Uniqlo stores.

Aigle, the French apparel maker, has had profit growth since 2004 by following shoppers to popular Japanese discount outlet malls. These days, families head to malls in search of both good deals and an inexpensive form of entertainment—as an alternative to hot springs or Disneyland. Aigle has capitalized on this trend, pricing some products specifically for outlet stores. The result: While other apparel makers' profits have vaporized, Aigle has seen its margins rise by as much as 11 percent since 2004.

2. Costs: Getting the price right

Megane Top upended the optical industry when it introduced Japan to a new way of buying glasses. Instead of taking nearly a week to deliver a new pair, Megane pledged to turn around orders in just 25 minutes. And instead of a wide range of prices for frames and lenses, customers can choose among 1,200 frames and 20 lenses for a flat fee of 18,900 yen ($194). As customers embraced the concept, Megane's sales soared, growing from $287 million in 2006, when the new business model was introduced, to $368 million in fiscal 2007.

How could Megane afford to offer fast, inexpensive glasses? For starters, the company carries a lens inventory at each store, but it hedges the inventory risk to the lens manufacturer by paying a premium above the wholesale price. Megane also developed and installed in-store machines that insert the lenses in frames. While each store offers a wide variety of frame designs, the lenses themselves are standard. That eliminates the complexity of individually cutting lenses at the store. By unbundling functions that were previously handled by lens or frame manufacturers, by relying on lower-cost store employees to perform those functions, and by using standard-size lenses, the company is able to sell its eyeglasses at an affordable price, speed the delivery process-and still maintain its margins.

Market leaders carefully track consumer behavior and respond. With budget-conscious consumers spending more time at home and eating out less, Sanyo, the electronics maker, tapped into a desire for tastier home-cooked meals. Sales of high-quality rice steamers were so strong that Sanyo needed to increase production of its top-of-the-line steamer by 30 percent in its domestic plant to satisfy increased demand. McDonald's Japan achieved record revenues and profits last year by offering its 100-yen menu: The company traded some margin for volume, and it worked. (See figure 3.)

For its part, Uniqlo has developed products specifically to meet the needs of customers looking for value. It spent more than three years working with suppliers to develop long underwear—which competitors sold on average for around 3,000 yen ($30)—that could be priced at around 1,000 yen ($10).

Winning companies know how to change the rules of the game when an old business model no longer works for today's consumers.

Confectioner Morinaga & Co. spotted the trend of harried consumers forgoing traditional sit-down meals. It introduced a convenient and nutritional substitute: gel in an aluminum foil packet that's touted as a "meal in 10 seconds." Sales of the product, Weider in Jelly, have grown at an annual compounded rate of 21 percent since its introduction in 1995.   And women's lingerie maker Wacoal gave underwear a whole new meaning when it broke into the men's market in March 2008. It introduced a stretchy, stomach-flattening underwear garment that's billed as capable of reducing body fat simply by wearing it and walking in it. The product is targeted to middle-aged Japanese men who worry about health risks associated with being overweight. In the first 10 months, the company sold 820,000 pairs.

If Japanese consumer-product companies have learned anything from almost two decades of nonstop economic turbulence, it's that they can find a way to win if they change with their customers, develop new channels for selling, price their products right—even passing along cost declines to consumers—and redefine the basis for competition. Their lesson to the rest of the world: Waiting for a turnaround isn't an option. 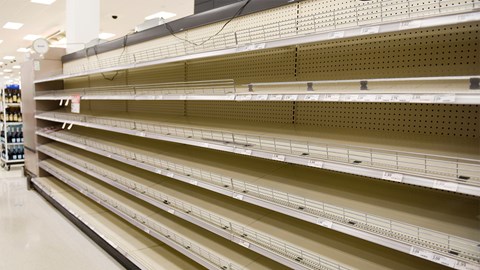 This defining leadership moment is an opportunity to strengthen companies for the long term. 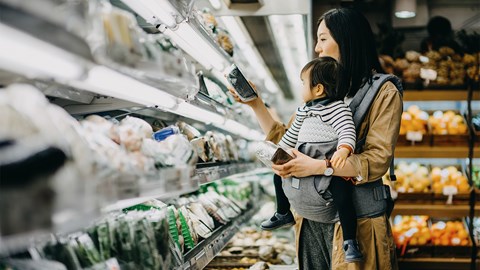 The outbreak highlights the need for a shift away from open-air markets and toward a cold-chain model similar to Europe’s. 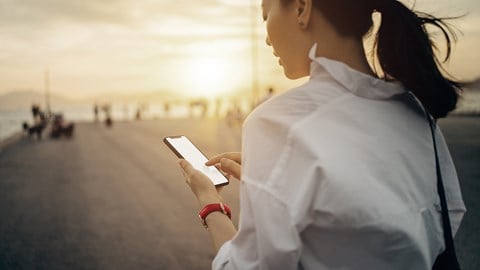 Many executives already recognize that online channels are set to become more important than ever. We surveyed consumer industry executives—and they seem ready to rethink their channel strategy.