An excerpt from the first chapter, "Four Critical Decisions That Make or Break the Deal."

Success at deal making turns out to be no small feat. Dozens of studies have indicated that the odds of success for the classic, big-company acquisition of another big company are no more than about 30 percent. Yet most great companies today are the result of a deal-making past. (The vast majority of companies in the Fortune 500, for example, are the product of multiple deals.) So unless something fundamental has changed in the realm of deal making—and there’s no evidence to suggest that’s true—this indicates that at least some deals are very good indeed.

The essential paradox of deal making is this: Academic studies demonstrate that something on the order of 70 percent of all deals fail to create meaningful shareholder value, and yet empirical observation suggests that it is extremely hard to grow a world-class company through organic growth alone. The conundrum is a classic damned-if-you-do, damned-if-you-don’t setup: Mergers go bad more often than they don’t—but mergers are indispensable. So how does the forward-looking executive reconcile the low probability of deal success with the need to build acquisitions into a company’s growth strategy?

The answer is, be disciplined in your decision making and focus on the four imperatives outlined in this book. Why? Because our research indicates that deal success is not random. Rather, the very best deal makers employ very specific behaviors and tactics. Executives who embrace these behaviors and tactics improve their odds. They make better business decisions systematically, testing and learning as they go. As a result, they deepen their deal expertise and create a virtuous circle. Success breeds success.

Conversely, those executives who ignore our four imperatives decrease their odds of success. In the card game of blackjack, there are certain betting protocols that heighten a shrewd player’s ability to win. The goal of the game, simply put, is to get a total card count that’s closer to 21 than the dealer’s, without breaking 21. Good betting strategy says that you never ask for another card when you are at a hard 18. (You “stand.”) Let’s suppose that you ignore this rule, ask for a card, and win. Does that mean you made a good decision?

No. It means that you were lucky, and beat the odds. But the longer you stay at the table, the more respectful you have to be of those odds. What we are documenting in this book are the decision strategies that will allow you to stay in the game, keep the odds in your favor, and win most of the time.

As we began this project, we studied the deal history of seventeen hundred large public companies in six industrialized nations (our Global Learning Curve Study), spanning the time period from 1986 to 2001. What we found is that mastering mergers is an outgrowth of experience with mergers. The frequency with which a company does deals correlates strongly with how successful that company is in earning shareholder returns. Those companies that make deal making a core capability outperform those that do deals episodically. It’s not like riding a bike, where once you learn you’ll always know how to do it. Deal making is more like playing an instrument: The less you do it, the less likely you are to be good at it. Mastery rarely grows out of episodic involvement.

So one central focus of this book is to tease out those things that the most practiced deal makers do as a matter of course. For example, the most successful practitioners cut their teeth on small deals and graduate to larger deals, successively branching into areas related to their core business. They standardize their approach as they go. This was true of the 724 companies we studied in the United States, the 293 firms we evaluated in Europe, and the 676 companies we analyzed in Japan.

Conversely, our research strongly suggested that the worst performers tend to be those companies that engage in one-shot megadeals. These are precisely the kind of deals that attract lots of media attention. They also tend to be overrepresented in survey reports. Why? Because unlike the little deals that form the bulk of merger activity, these blockbuster deals are relatively easy to follow and to make extrapolations from. Is this a problem? In some cases, yes. If executives use the track record of the poorest deal makers to draw conclusions about the potential of deal making for enhancing shareholder value, they are making a serious mistake. Deal making done right offers an essential tool for prosperous growth. Deal making done right demands discipline around four critical decisions:

The Critical Decisions that Make or Break a Deal

Deal success is not random. By bringing rigor to a handful of key decisions, over time, you will master the merger. 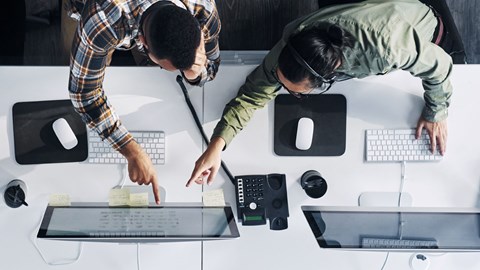