Long experience has accustomed institutional investors to expect that private equity (PE) will remain their best-performing asset class. But as recently as 2009 and 2010, PE returns lagged the public equity markets, and worries mounted that PE investments made during the boom years would end up being a disaster.

However, as we explain in Bain & Company’s Global Private Equity Report 2015, PE is back. Riding the tailwinds of sharply higher public equity markets, PE returns had another strong showing in 2014. According to data compiled by Cambridge Associates, an investment consulting firm, nearly every major category of PE matched or exceeded the strong double-digit one-year gains racked up in 2013. A cascade of capital is flowing to PE investors. A recent survey by Preqin, the alternative assets data provider, found that just one out of every 12 limited partners felt that PE failed to meet its expectations compared with one in four surveyed in July 2009. A wave of market beta—a heady mix of GDP growth, near-zero interest rates and covenant-lite loans, and rising mark-to-market valuations—helped power PE’s rebound. General partners also had a starring role in the recovery, through smart financial and operational restructuring of assets that fortified them against the economic storm and positioned them to benefit from the recovery. Together, the combination of market beta and the alpha of active value creation engineered PE’s resurgence. PE returns are up both in the short run and over the longer term.

The truest test of PE performance, both in the short run and over the longer term, is how returns—net of fees and carry—compare with those of the best alternatives available. Indexes of publicly traded equities make reasonable benchmarks, but for the comparisons of returns to be meaningful, they must explicitly acknowledge that PE investments are, by and large, lumpy and illiquid. Any comparison must also recognize that PE is a long-term investment and the revaluation of portfolio holdings plays a large role in determining short-term PE returns. Fortunately, independent researchers and investment advisory firms have made such apples-to-apples comparisons possible in recent years, through the development of a measurement standard called the public market equivalent (PME). Cambridge Associates has refined one such proprietary measure, called modified PME (mPME), to replicate the timing and size of PE investment flows—including both purchases and sales—as if they had been invested, instead, in a basket of publicly traded stocks.

When stacked up against this benchmark, US-focused buyout funds underperformed the S&P 500 mPME over a one- and a three-year holding period, equaled the mPME over five years, and then surpassed the index returns over a 10- and a 20-year time horizon. Europe-focused buyout-fund returns badly lagged those of the European stock index mPME after just one year, but they began to overtake them by the third year and continued to outpace the benchmark by widening margins over a 5-, a 10- and a 20-year investment horizon. In the Asia-Pacific region, the combined returns for buyout and growth funds surpassed public market gains over all investment periods.

PE’s continued ability to outpace public market gains over the long term, however, can no longer be taken for granted. That performance edge has narrowed considerably for more recent vintage funds. Among most US- and Europe-focused buyout funds raised between 2006 and 2008—a cohort that has had sufficient time to invest capital and harvest realized gains—returns merely track those of the S&P 500 mPME and MSCI Europe mPME, respectively.

At this point, no one can know whether the more recent vintage funds will see their returns accelerate as they mature and realize more of their gains through exits rather than mark-to-market revaluations. But as the figure unambiguously shows, top-quartile buyout funds continue to maintain a sizable performance lead over the benchmarks, as they have for all fund vintages virtually since the PE industry’s inception. As we discuss in the next installment of this series, there is more pressure than ever on limited partners to sort out who those top-performing general partners will be from now on. 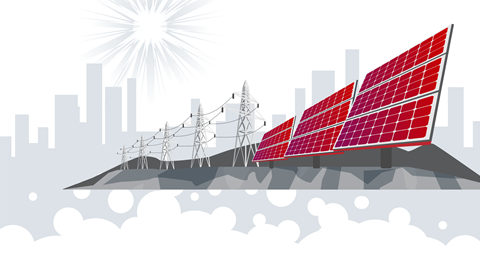