Meet Freddie (not his real name, but his tale is based on a true story). The leaders of his company, Property-Casualty Inc., read our book The Founder’s Mentality, and wanted to transform their company from a struggling incumbent into a scale insurgent. They latched onto the idea of micro-battles and loved the notion of putting their top 20 leaders in charge of these focused initiatives. One of them was Freddie, a 28-year-old star they picked to lead a micro-battle focused on creating a new direct-to-consumer insurance product.

We will cover Freddie’s story from two angles: Here we will focus on how Freddie ran his own team and the leadership challenges he faced; in a separate blog post, we’ll look at Property-Casualty’s senior management team and the challenges they faced while reviewing progress on Freddie’s micro-battle. As we will see, both levels of leadership are critical for getting the most out of micro-battles, and both rely on learning and applying new behaviors.

Property-Casualty’s senior leadership committee empowered Freddie to form his own team (most of whom were in their mid-40s) and to co-create a micro-battle mission with them. Their objective was to develop a new direct-to-consumer homeowner’s policy that could transform the company’s broker-centric model and shake up the industry.

Knowing that such a product would require input from divisions across the company, Freddie assembled a strong cross-functional team that included sales folks and staff folks from customer insights, legal and tech. He also brought in a national product manager for one of the traditional insurance lines. This wasn’t an obvious fit given that the older product was sold through brokers, not direct-to-consumer, but the product manager could act as a bridge to the old organization and had deep knowledge of the competitive landscape, including the products offered by pure online players.

The need for balance

Freddie told his people that this would be an Agile development effort, meaning the team would work in quick four-week cycles to take a “minimum viable product” and develop it into something more fully featured by testing it, learning from it and adapting it. To achieve full potential, the team would have to become masters at what we call the Win-Scale cycle—continuous monthlong efforts devoted to ensuring the product is both viable and scalable. This requires three critical balancing acts.

This means that every four weeks, we need these mini-founders to step away from their little company and think through three different issues: What do they need from the mother ship to advance their cause? What observations/lessons can they bring to the mother ship to help other micro-battle teams succeed? And do they have any recommendations for the mother ship about what it could do differently in other areas that would make everyone more competitive? The degree to which this creates real tension for Freddie and his team becomes abundantly clear in our related blog post on the Amplify Model.

The broad leadership objective of the Win-Scale model is to run the micro-battle like the company you want to become—namely, a scale insurgent. We want you to make problems smaller to the point that you can prototype and think of scaling. We want you to be creative and intuitive while also pursuing the necessary analytics to prove this idea is material. We want you to create a mini-founding experience and make sure your team thinks about the broader organizational implications of a winning prototype.

In that context, let’s review Freddie’s first cycle. After analyzing the market for direct-to-consumer insurance products it became clear to the team that their top priority had to be scaling back the reams of paperwork that accompany most of Property-Casualty Inc.’s policies. Direct-to-consumer products are not only served up digitally but they are also streamlined. Since some of the documentation is important operationally, scaling a simpler prototype will raise issues. But Freddie’s team is already thinking about that. Here’s the discussion at the first Friday review:

Freddie: Guys, it’s been a great first week. We know the prototype—we have to start by getting our terms and conditions docs down to half a page from 23 pages. That’s what the competition is doing, and that’s what we need to do.

Joe, national product manager for a key auto insurance product: Let’s mock this up by next Tuesday and run it by our salesforce as proxy customers to see if it’ll fly. We should also run some customer focus groups and ask sales to participate so they can see customer reaction for themselves. We’ve got two issues here, Freddie. I know my guys—their biggest stated problem will be about the fact that the terms and conditions sheets are complex for a reason and that we might create problems for the company down the road if we don’t get this right. But, we’re going to face a second issue. If we’re successful here, we’re potentially putting the salespeople out of a job. I’ve handled this one, I think, because I know we’re hiring like crazy in other product areas, and I’ve got commitments from the top that these folks will be transferred over to new product areas if they get disintermediated here.

Melanie, deputy legal counsel, who has been asked by the chief legal officer to represent him on the team: Thanks, Freddie. Joe, let me take this one on—it is a big issue down the road, and we’ll need answers. But there’s no reason we can’t go forward with focus groups to gauge reactions to a shorter T&C.

Joe: I’ll provide air cover to the sales guys so they know we plan to address this. As you know, they get penalized very heavily if they don’t lay out all the terms and conditions. There might be a big blowback if customers think we miscommunicated this at time of claim. Not an issue now, but it will be soon.

Freddie’s got a good team here, and so far, it’s in balance. Team members are focused on that cycle’s prototype—a shorter terms and conditions sheet. But they are also developing hypotheses on the repeatable model—rolling out simpler terms and conditions across all products as a first step toward moving them online. They are also considering the behavioral change that will have to happen—really understanding how to mitigate the financial, reputational and customer risks of making the terms and conditions too simple. Everybody was taking ownership to resolve the broader issues while also making sure that the focus group initiative could go ahead, which keeps the micro-battle moving forward.

Another important member of Freddie’s team is Jackie, the Win-Scale master. She is accountable for the Win-Scale cycle’s process, not its content. She evaluates how the team performs in its new Agile environment and how it can improve by adjusting its behaviors and ways of working. Here was her report after interviewing everyone on the team:

None of this is surprising. People involved in micro-battles love to work on an Agile, fast-moving team and quickly master many aspects of the Win-Scale cycle. But despite management’s best intentions, old behaviors inevitably crop up around control and reporting relationships. And while Freddie’s team is in balance for now, staying there will remain a constant challenge. We see three common issues that can hold these teams back.

You might ask, “If the executive team is going to screw this up, then why make poor Freddie report in so often? Shouldn’t we be protecting him from his bosses? Let’s let him run his team as a mini-founder and inspire more to be like him. Let’s change the company one Freddie at a time!”

The Win-Scale model is, in fact, designed to spawn more micro-battle leaders. Among those on Freddie’s team is Sinead, a claims specialist who has joined the micro-battle in a “pull forward” role. She is there to prepare for her own assignment as the leader of an upcoming micro-battle aimed at improving the claim-handling process. Freddie is her mentor (in a “push forward” role) and is responsible for coaching her as she learns how to work in an Agile way, how to collaborate effectively within the micro-battle, and how to choose a team with the right mission-critical skills, roles and personalities.

But as much as we want to empower micro-battle leaders such as Freddie and Sinead to act like founders, free of corporate and organizational baggage, we also need them to connect with the company’s top leadership on a regular basis. We need to send poor Freddie to his bosses because we need him to help change their behaviors. We need them to connect more directly with the stars of the business and to understand what is really going on closer to the customer. We need to coach the executive committee to gradually change their behaviors and act like scale insurgents.

In this way, Freddie’s role in forcing a faster transformation is pivotal. We don’t have the time to change the company one Freddie at a time. The new insurgents among our competitors are lapping at our heels. They are also recruiting our Freddies faster than we can give them mini-founding experiences. We need a massive intervention, which requires us to master the Win-Scale model and the Amplify model. We need poor Freddie to have a very bad meeting with his bosses. 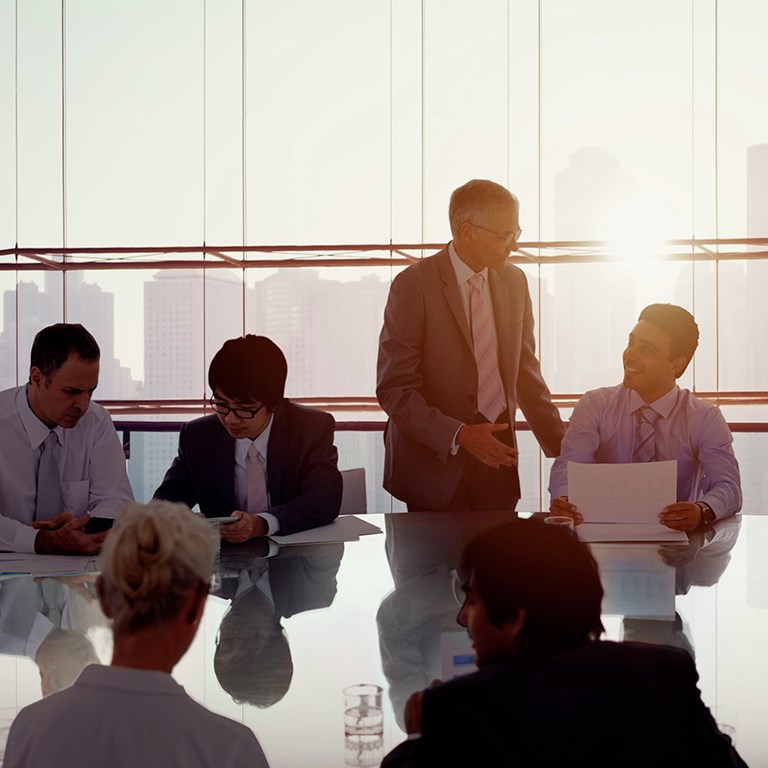 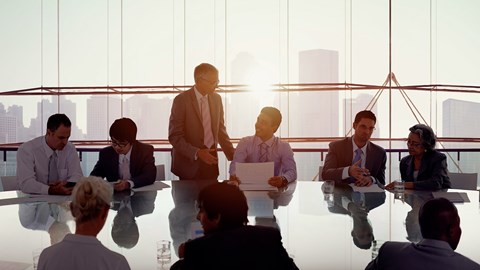 The Amplify Model: Behavior Change at the Top 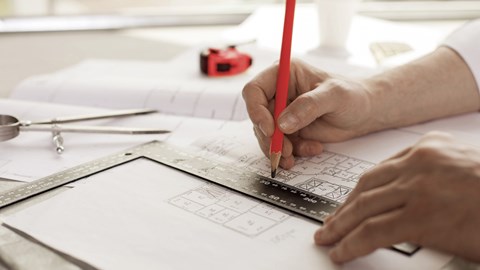