Barely a decade after digitized content challenged the reign of physical formats, a third wave of media formats and business models is taking center stage. Until recently, most digital media models sought to replicate the physical forms they replaced: e-books, downloadable music and movies, and linear video games. Now a new wave of native digital content breaks free of those formats. Long-form media downloads and sell-through models, inherited from the constraints of physical distribution, are giving way to unbundled, long- and short-form content streamed at will and monetized through subscriptions, microtransactions and advanced advertising solutions.

Bain & Company’s annual survey of more than 7,000 consumers in Europe, the US and Brazil, Russia, India, China and South Africa (BRICS countries) characterizes the audience for this third wave of media: a new segment of content consumers that cuts across ages, comprising digital natives—who live and breathe the social media they grew up with—and older-than-25 digital migrants, who embrace native digital media as their primary content source. These digital-savvy consumers already outnumber analog diehards, and content formats and business models created for them are quickly gaining momentum.

While the profitability of these new models remains uneven, the rapid growth and potential value are generating tremendous interest and investment. New markets are at hand for players with a global perspective, a local playbook and the ability to create innovative business models across pervasive digital communications networks.

Beyond this next digital transformation, growth and value creation will hinge on the media industry’s ability to capture its next billon consumers, mostly in emerging markets. To successfully engage those media consumers, we believe the industry will need to focus efforts in three areas.

Such momentous changes will ultimately call for industry transformation at the highest level. A renewed industrial policy for the content ecosystem could help ensure that all benefit from native digital content, as media companies and telcos cooperate to build a vibrant creative economy. Regulators all over the world have already begun looking into such critical issues as industry concentration and net neutrality—the question of whether carriers can prioritize users and charge more for better and faster access. With varying approaches, all should ultimately pursue a similar goal: Champion economic growth while supporting the innovation and cultural diversity that underpin it.

Generation #hashtag: A new wave of content in the age of digital natives

The full report explores the current demographic of digital media consumers, the formats and devices they use, and what media players can expect to see next. DOWNLOAD [PDF] 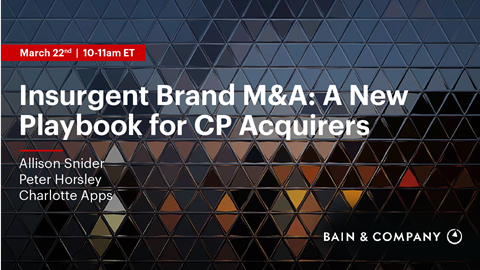