The year 2015 was already the biggest year on record for M&A deal volume when DuPont and Dow Chemical made their stunning merger announcement in the year’s final weeks. While deals like Pfizer–Allergan and Dell–EMC may still face regulatory hurdles, global M&A volume surpassed $5 trillion for the first time ever, standing at $5.03 trillion at the end of 2015 according to Dealogic.

Companies are going the M&A route in the quest for growth and efficiency amid a tepid economy, taking advantage of the availability of inexpensive debt. For many, the benefits will be greater than what they can achieve through organic growth. Our analysis of deals spanning a 10-year period found that as a group, companies that engaged in any M&A activity averaged 4.8% total shareholder return compared with 3.3% for those that were inactive.

Now, as they pursue M&A in record numbers, companies are under intensifying pressure from activist investors to boost efficiencies, prompting them to take a new look at how they build even more value. They’re viewing the disruption created by merger integration as an opportunity to maximize the potential for the combined entity. Trouble is, while the goal of squeezing more value out of M&A may be the right strategy, most acquirers are likely to fail at the mission: In fact, overestimated synergies was the second-biggest cause of deal disappointment cited in our global survey of 352 executives.

Why will they fail? In many situations, it’s a matter of timing and conflicting priorities. Mergers create a unique “unfreezing” moment for major cost improvement and employees anticipate change during merger integration, so the time is often perfect for bold moves—but the window closes quickly. But we see many companies, in an urgency to prove out a deal thesis, focusing their initial efforts on managing near-term risks and capturing only the synergies identified in due diligence, which is never the full-potential plan. Too often, deferred or unplanned optimization never happens. Overwhelmed by the daily routine of running the business, the merging companies fail even to meet their pre-deal synergy targets, let alone expanded optimization goals.

The best value creators don’t stop at integration, however. These winners are systematic when choosing to pursue additional performance-improvement benefits during M&A and have a well-defined plan for achieving the combined company’s full potential. These acquirers are realistic about their internal capabilities during and after the integration phase. They create a full-potential vision for each function, organizing resources and timing performance-improvement initiatives based on their unique situation. The most successful companies frame the integration into multiple phases: planning, integration and optimization. The sequencing and timing of these phases maximizes value and minimizes stress on the organization. Led by the integration management office, each integration team relies on aggressive benchmarks to set targets and goals, building steps into the process to determine what full potential looks like for the combined companies and the route to moving into the industry’s top quartile. Based on our research and work helping clients achieve full-potential goals through merger integration, we’ve identified three distinct paths to success—and the reasons for choosing each.

Full-potential optimization. In this approach, companies embark on an accelerated and broad-based, full-potential effort to significantly boost the competiveness of the combined company. These acquirers optimize operations in tandem with integration. We counsel companies to take this aggressive route when pre-deal synergies don’t match the acquired company’s full potential or when an acquirer has paid a high premium for an acquisition. It’s also the best path to take when there’s a high degree of functional and operational overlap or a low risk of customer disruption. Also, full-potential optimizations are a common approach for companies that discover potential opportunities in the post-merger mutual discovery that were not evident in the limited outside-in analysis of due diligence.

Capability-led breakthrough. In other merger situations, there is a key capability—procurement is an example—that’s critical for creating the most value from the acquisition. Instead of integrating and broadly optimizing in tandem, these acquirers have more to gain by targeting only a handful of optimization efforts, focusing on the key capabilities that will underpin the new company’s success. For one construction equipment rental company, that meant integrating according to the opportunities identified in due diligence, then focusing on capabilities in two important areas: sales operations and customer loyalty. It identified a host of moves that could improve sales performance, including finding new ways to map accounts to sales teams and implementing shared services. To boost customer loyalty, the company deployed technology to improve fleet availability, delivering higher rates of on-time delivery.

Staged optimization. Finally, the better path for some companies is to sequence optimization efforts to address specific opportunities that emerge during mobilization, integration and post-integration. A thoughtfully staged approach often is preferred when management is dealing with dramatically changing the operating model of both companies or when the merger itself is quite destabilizing for the organization. It’s the right choice when there’s little overlap in activities but a high risk of customer disruption, or if an acquirer’s initial plans call for operating the acquisition as a separate business unit. However, the deliberate approach comes with a risk: By waiting too long, a company can miss the biggest opportunities.

Regardless of the path a company chooses to take, it needs to establish the full potential vision and build the roadmap during the integration planning. And whatever the approach, there are critical decisions involving how aggressively to act and the sequencing of moves. We counsel companies to make those decisions by considering the value at stake, the difficulty of implementation and the risk of customer disruption. Each approach can create substantial value from a merger, but it’s important to settle on the one that’s best for delivering the dramatic results that shareholders are now expecting. 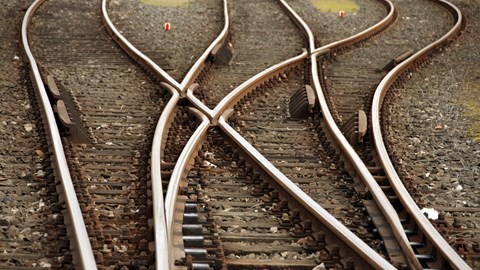 Companies are using merger integration as a catalyst for achieving the full potential for both companies’ operations. But the path to success isn’t the same for every company.