In the already competitive world of quick-service restaurants (QSRs), a new war is raging. With lunch and dinner sales languishing, breakfast has emerged as the biggest battleground. The reason is simple: breakfast is the last unconquered frontier in restaurant dining. But a recent Bain survey of 75,000 US consumers over the age of 18 found that winning loyal breakfast customers is not a simple matter of blindly adding menu items like egg sandwiches, hot oatmeal or premium coffee. One of the key findings was that customer loyalty is unusually fractured among QSR patrons. Among the important implications: before venturing into the breakfast battle, companies need to figure out what makes customers loyal to their particular QSR—and then build out a unique strategy that competitors cannot replicate.


How big is the opportunity? The numbers tell the story. Only 10 percent of breakfast meals are provided by food services. But that’s starting to change. Increasingly, harried—and often younger—consumers are grabbing the first meal of the day on the go. Over the past five years, breakfast has accounted for more than 60 percent of traffic growth for all types of restaurants. While lunch and dinner have either lost traffic or merely held steady within this period, breakfast traffic grew 2 percent.1 Despite being a fraction of the total market, restaurant breakfasts rang up $37 billion in tabs in 2010. And there’s opportunity for growth. For example, Wendy’s expects its beefed-up breakfast menu with premium coffee could add up to $150,000 in breakfast sales per store. And among all types of restaurants, QSRs have a natural advantage when it comes to pursuing breakfast customers: breakfast is the most affordable meal to eat out.

Until recently, quick-service restaurants’ interest in breakfast played out in fits and starts. McDonald’s introduced its iconic Egg McMuffin in the early 1970s. However, it wasn’t until the Starbucks-inspired proliferation of high-end coffee shops in the 1990s that breakfast on the run gained momentum among consumers—particularly among younger generations, who are expected to fuel future growth of QSR breakfast sales. The real battle started raging in 2006 when McDonald’s introduced premium coffee, going head-to-head with Starbucks. And the competition intensified when the recession hit, drawing virtually every QSR player into the action. Quick-service restaurants of all stripes turned to breakfast as a way to bolster sagging lunch and dinner sales. As the recession eases, some have emerged as winners while others are struggling to find their way.

Here’s the problem. In their race to gain a foothold, QSR players have pursued overlapping and confusing strategies that blur the distinctions and strengths on which they have built their success. There’s just about every variation imaginable of eggs, pastries, parfaits, pancake specials, spicy meats and, of course, there’s the battle over who’s got the tastiest and cheapest gourmet coffee brews. Customers now can find real fruit smoothies at McDonald’s. Dunkin’ Donuts offers egg white flatbreads. Starbucks and Jamba Juice introduced oatmeal cups and quickly faced imitators. Burger diehards like Carl’s Jr., Burger King, Jack in the Box and Hardee’s offer breakfast bowls. And for those who like a spicy start to the day, Chick-fil-A recently launched its spicy chicken biscuit.

The trouble is that companies have moved so quickly either to enter the market or expand their menus that they’ve sometimes failed to address key issues—like understanding the basic factors that keep customers coming back again and again. In their rush to win share of a promising new market, they sometimes forgot to use their strengths and differentiation to increase traffic. Clearly, simply following the leader doesn’t work. Our analysis of QSR customer loyalty data indicates that customers’ preferences are distinct within each format and they don’t follow traditional demographic lines. Winners take the time to understand what customers of their own format value most, leading to a loyal breakfast following. By analyzing the results of our customer survey and the performance of those companies that are emerging as winners, we’ve identified four lessons for QSR companies entering the breakfast battleground.

Lesson #1: Create the right mix of four basic ingredients for your customers. What do QSR breakfast customers want? It all boils down to four fundamentals: convenience, premium beverages, value and—for some patrons—healthful and fresh food.

One of the reasons McDonald’s won a full 30 percent of the QSR breakfast market sales in 2009 was its ability to stay abreast of its customers’ need for convenience. When frequent customers were asked to name the most important factors in choosing McDonald’s, convenience was far and away the leader. It was cited as the most important factor two and a half times more often than “price/value” and more than 40 times more often than “friendly service.” McDonald’s caters to the growing ranks of commuter breakfast eaters. These are customers who pull up to drive-through windows early (McDonald’s restaurants often open at 5 AM) and seek out portable, value-oriented food that can be eaten with one hand while driving. Among breakfast customers at all QSRs, 40 percent rated “portability” as the most important factor in choosing a breakfast restaurant.

Starbucks built a reputation by introducing the world to premium coffee beverages and the world got hooked—but not on paying premium prices. When McDonald’s started offering premium coffee in its McCafé—undercutting Starbucks on price—the move helped establish premium coffee as a no-brainer for any QSR outlet hoping to attract breakfast customers. With about 60 percent of customers spending less than $5 on a meal, breakfast customers are looking for more bang for their buck. Burger King introduced a line of innovative breakfast products designed to deliver superior value.

In our survey, Panera surfaced as the No. 1 restaurant in the bakery segment based on its Net Promoter® score (NPS®), a widely accepted measure of customer loyalty based on the single question: “Would you recommend this company to a friend or colleague?” Not surprisingly, Panera’s same-store sales grew during the recession—at a rate of 2.2 percent—while competitors struggled. Panera customers routinely mentioned its focus on healthful choices like low-fat smoothies and parfaits with fresh fruit and organic yogurt as an important differentiator.

Knowing these four ingredients is one thing. The challenge for quick-service restaurants is to create a mix that works for their own customers. For example, when McDonald’s introduced less expensive premium coffee, higher-priced competitors could respond in one of two ways: either defend their premium position or come down in price. Panera did the former, maintaining its differentiation by emphasizing its quality ingredients; Starbucks did the latter by introducing value-oriented breakfast options. Time will tell which of these routes works best in the long run, but Panera’s strategy clearly didn’t hurt it in customer loyalty—it achieved the highest customer loyalty rating of any bakery in our survey.

Lesson #2: Get people to try your breakfast for the first time. We surveyed 25 restaurant chains and found 16 in which less than 50 percent of the customers had ever purchased breakfast. While the number of customers purchasing breakfast in part reflects the extent to which breakfast service has been rolled out throughout a particular QSR’s locations, the findings show there’s opportunity to recruit new breakfast customers. Among the moves that work well: offering coupons or promotions to improve sales of a particular SKU or meal. For example, other QSRs can learn from Del Taco’s highly successful “Taco Tuesday” promotion. Or they could use “bounce backs”—coupons given to consumers at the time of purchase that offer a discount on specified future visits, a move that Starbucks has used.

Lesson #3: Play to your strengths. The current default strategy of copying another company’s menu isn’t helping QSRs build loyal customers. And a company could damage its brand by imitating another in a way that diminishes the company’s own differentiation. To win, players must keep their unique value proposition—and what differentiates them from competitors—top of mind while developing a breakfast strategy. For example, some players have tried to out-value McDonald’s and that alone may not be a viable strategy. It’s important to have another source of differentiation if going headto- head against McDonald’s.

Lesson #4: Convert your high customer advocacy into more breakfast traffic. Companies with high NPS rankings know their customers love them. But some of these same companies have little breakfast traffic. Given the huge potential opportunity, QSR players in this situation need to get their existing customers to try breakfast. Consider Chick-fil-A, which has top NPS ratings but only around 25 percent of its customers have eaten breakfast there, according to our survey. The situation may change with the move to broaden its breakfast appeal by offering items like yogurt parfaits. Jamba Juice, another company with high customer loyalty scores, is working to grow its breakfast crowd. About 40 percent of its customers have eaten breakfast there. That’s why the company is branching out from its signature freshfruit smoothies to become a morning destination by promoting $1 steel-cut oatmeal, coffee and tea, and low-fat pastries.

Will it work? Our study shows that, taking into account category dynamics and relative market share, a high NPS generally translates to high breakfast frequency. In fact, NPS leaders in our survey, on average, generate twice the unit sales as their counterparts. So if all the competitors in the breakfast wars stop to figure out what makes customers loyal in the first place, and use that knowledge to dictate strategy, they can significantly improve their odds for making breakfast the most important meal of the day.

From restaurants to muffler shops, franchisors rarely know when franchisees are in trouble. 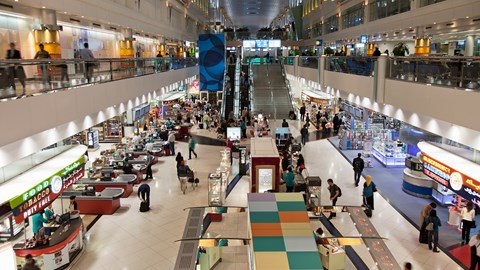 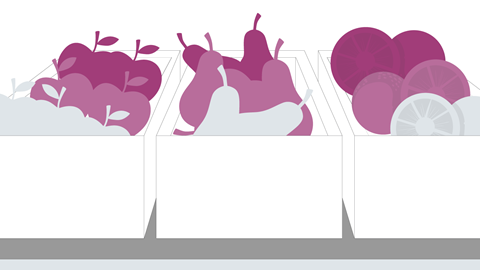 Competition for share of wallet is increasing as Covid-19 accelerates already rapid change. 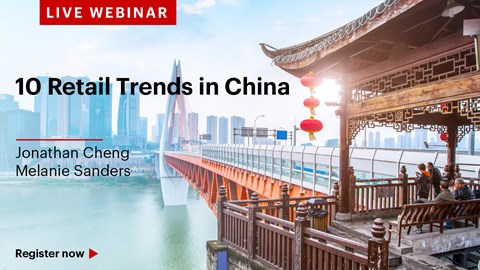 Bain partners share the factors that are reshaping the retail industry in the country.