This year’s Business Climate Survey captures the sentiment of global businesses operating in China at a critical moment in US-China relations. Conducted from late October to late November of 2017, it reflects a mood of cautious optimism coincident with President Donald Trump’s first state visit to China, and immediately following China’s 19th Party Congress.

Respondents are more confident about China’s commitment to open its economy than they were at this time last year. Members also had a generally positive outlook for US-China bilateral relations. Some 36% believe relations between the two countries will improve in 2018, a figure much higher than last year’s 17%, and possibly influenced by the perceived success of Trump’s visit to China and that of President Xi Jinping’s earlier trip to the US.

Revenue and profits are up among respondents and the digital economy appears especially strong. There are challenges as well, however. Native Chinese companies are increasingly formidable competitors and talent retention is increasingly difficult. At the same time, long-time concerns remain, including unclear and inconsistently enforced laws and regulations and foreign companies’ continued sense of being less welcome in China than before.

2017 was a good year financially for many members. Some 64% of member companies reported revenue growth in 2017, up from 58% last year and 55% in 2015. Results were especially strong in the Industrial & Resources and Consumer sectors. A record-low 7% reported a revenue decline.

Profitability is climbing too, with nearly three-quarters of respondents reporting that they are profitable—the highest proportion in three years. More than half report expanding EBIT margins. Continued growth in domestic consumption and a rising middle class were important drivers of growth, perhaps further amplified by government policies to stabilize the economy before the 19th Party Congress.

Business climate: Companies are cautiously optimistic, but predicting the future is growing harder

Will the good growth continue? The signs are mixed. After several years of an increasingly pessimistic outlook, optimism and confidence in growth rebounded among members in 2017. This bullish stance includes a prediction of 6.3% GDP growth in 2018, higher than the 2017 prediction of 6.1%, but below the actual reported growth of 6.9%. Nearly 6 in 10 companies rank China among their top three investment priorities (an improvement from 2016, but still below the historical average). And 46% of respondents are confident the government will further open China’s market to foreign investment within the next three years, up from 34% last year.

On the other hand, regulation remains a concern for many, and 75% of member companies continue to feel foreign companies are less welcome in China than they have been in the past.

Similar to the prior two years, respondents continued to cite inconsistent regulatory interpretation, unclear laws and enforcement, and rising labor costs as their top two challenges. This year, regulatory compliance risks rose to be the third-greatest challenge. A shortage of qualified employees and increasing Chinese protectionism round out the top five challenges.

Although there are a number of positive signs, uncertainty seems to have increased this year. “To have a very good understanding of what is happening in China is increasingly a challenge,” one member-company executive said. “If you ask 1,000 people, you get 1,000 different interpretations.”

Despite the challenges and uncertainty, China continues to loom large on the investment agenda for most member companies. One-third of members plan to expand their investment in China by more than 10% in 2018.

Across the economy, domestic Chinese firms are a growing force, competing for both market share and top talent. Members voiced concerns that unequal enforcement of regulations and preferential treatment of domestic companies may be tipping the competitive balance toward domestic firms, hurting their results. Last year, members were concerned about a resurgence of protectionism in China. This year, that worry has been replaced by increasing concern about compliance and enforcement. For the first time since we began surveying our membership in 1997, compliance and enforcement made the list of the top challenges companies expect to face in 2018.

While enforcement of laws like environmental standards is socially beneficial, some worry that enforcement is uneven and has become a more subtle version of protectionism, with foreign companies bearing more than their share. Some 46% of companies continue to feel foreign companies are treated unfairly compared to local companies, with some members asserting in interviews that they are more likely to undergo tax audits or reviews of work permits or visas than local rivals, down, however, from 55% last year. For global companies in China, operating “by the book” often seems to involve a book still being written.

Increased regulatory fairness, predictability and greater transparency are the steps respondents say would have the greatest impact on their level of investment in China. Specific reforms members would like to see include greater access to officials and consistent implementation of national policies at the local level. Half of respondents said that the steps most needed to help foreign business in China are the creation of a level playing field and investment reciprocity.

Industry outlook: A rebound for the Industrial & Resource sector

Concerns remain about a “two-speed China,” a business environment in which Technology and other R&D-intensive industries and Consumer sectors grow well while other sectors find less success. In 2017, 64% of companies enjoyed a rise in revenue, with the strongest growth coming from the Industrial & Resources sector. More than three-quarters (76%) of those companies reported higher revenue in 2017, compared with 43% in 2016. Looking forward, Industrial & Resources sector members expect strong demand in environmental protection to continue supporting growth. Consumer was the second-strongest sector. Some 62% of those companies enjoyed higher revenue, compared with 49% the year before.

Technology and R&D-intensive companies are the most optimistic about 2018. More than three-quarters (77%) expect industry market growth of 5% or more. It is also important to note that Technology is the sector most concerned about unfair treatment of foreign companies compared with local companies. 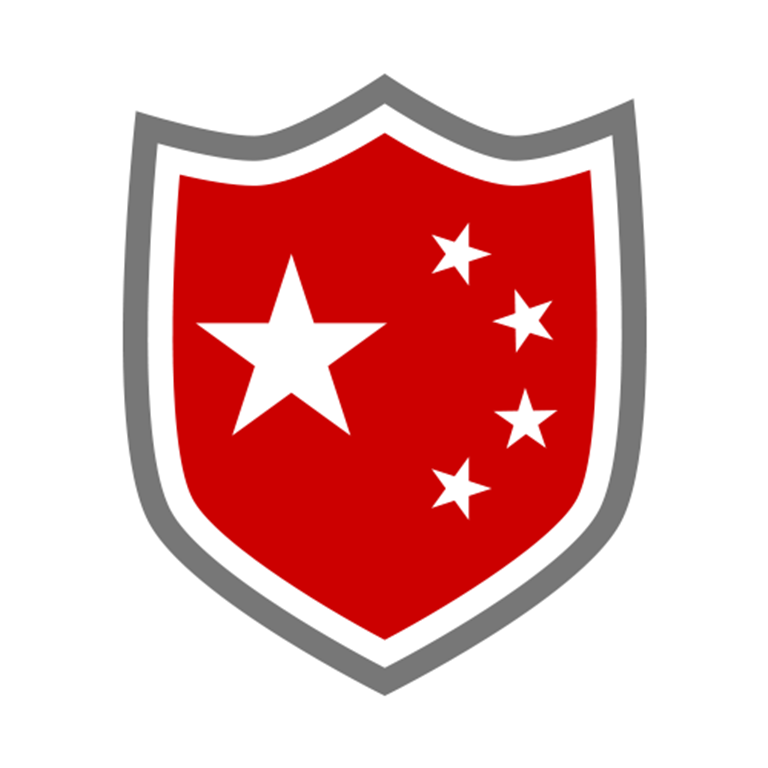 A look at the top business challenges for US companies in China and top industries expected to grow.

Digital technologies have been a big story in China for some time, and 2017 added to the momentum. China is a large market, with massive amounts of data to be collected, analyzed and mined for opportunities by both Consumer and Industrial players. The central government has placed a high priority on accelerating China’s digital economy as well.

In the press, the digital story in China often revolves around consumer opportunities. In this survey, 67% of Consumer companies see China as either the leading edge of digital technology in their field or more advanced than other markets. Beyond Consumer, however, respondents across industries report digital as an important focus. More than half (52%) of executives say their companies have adopted more advanced digital technology in China than in other markets, a big jump from 37% last year.

Firms will keep investing in innovation. More than 90% of respondents say innovation in China is important. Tempering that is the fact that many US companies remain cautious about bringing intellectual property (IP) developed abroad into the country. They fear that requirements like source code review could endanger the value of their innovations. Over 50% of member companies still believe IP leakage and data security threats are higher in China than elsewhere, and 27% say a lack of sufficient IP protection is a barrier to increased innovation. Members are closely watching as additional regulations in the name of cybersecurity and related concerns emerge to more tightly regulate newer technologies such as cloud computing.

The huge opportunity for digital in China is clear and members want to participate, but they want to do so on a level playing field, knowing they can safely develop IP in China and then export it to other markets, and vice versa.

Facing a market with so many uncertainties—and domestic competitors that continue to grow stronger—foreign companies must increase their organizational agility in China. This is needed to grasp opportunities in innovation and digital and to be able to respond to rapid and unpredictable changes in the regulatory and competitive environments. New organizational models and ways of working are likely to become an imperative in the next chapter of growth for foreign businesses in China. To compete in this new era, foreign businesses will need to become more agile.

In addition, the cost of attracting talent in China, already rising, will continue to climb. Besides the rising labor costs facing all companies, foreign businesses are feeling the sting of increased competition from domestic competitors. Once viewed as the most attractive employers, multinationals today are often at a disadvantage when competing for local talent, losing out to local start-ups and mid-sized firms that can promise faster growth and offer compelling career opportunities. In this year’s survey, 45% of respondents report domestic competitors are more attractive to job hunters, up from 36% last year. To sustain their growth, foreign companies will need to develop a new deal for local talent.

Respondents are clear that a strong bilateral relationship between China and the US is important for business growth. One-quarter of respondents see some type of treaty between the two countries as the single most valuable step the US government could take to improving American firms’ ability to operate in China.

Rising costs and changes in the regulatory environment are the prime reasons 23% of respondents say they have moved or plan to move capacity out of China. Nearly half of those are moving to developing Asia, and 22% to the US. For their part, Chinese regulators have an opportunity, too, to build transparency and equity into their rules and enforcement. Those steps would improve confidence in the market and unlock increased foreign investment.

There is both good news and caution in the report that follows. We hope that this analysis of AmCham China member company perspectives will help both policy leaders and business executives navigate in the year ahead. 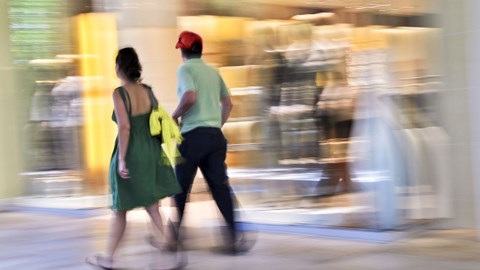 China's Two-Speed Growth: In and Out of the Home

Many Chinese consumer products companies are aiming to expand in high-speed markets while managing for costs in low-speed markets. 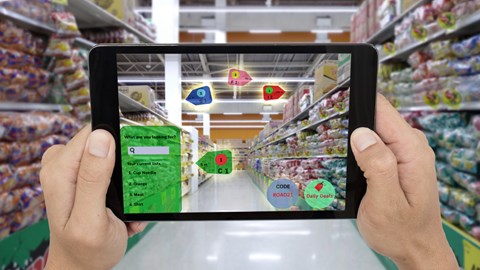 Like everything else in China, grocery retailing is changing at warp speed—with huge rewards for brands that quickly adapt to the new rules.

An overview of the performance of AmCham China member companies in 2016, their assessment of the new normal and their plans to maintain profitability in the next year. 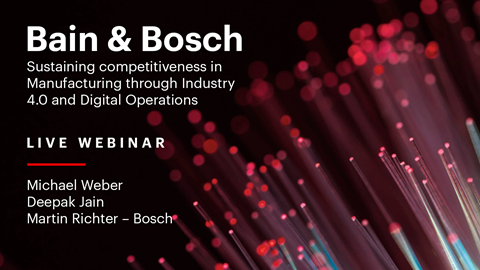