With their huge and expanding consumer population and rising incomes, Asia's developing markets may be the most promising place on Earth to sell fast-moving consumer goods (FMCG). But for too many brands, the region has become a quick place to fail. The game is changing at an ever-increasing pace, and many multinational and local brands struggle to keep up.

The changes are many. As their lives become more hectic, people buy more food and beverages that they can consume on the go, changing the rules for how and where brands sell those goods. Consumers now prefer convenience stores over larger store formats, requiring brands to adapt their assortment mix and distribution strategies, among other big moves. And consumers in the region are quickly moving online. China has 1.3 billion mobile phone subscriptions, and the six largest countries in Southeast Asia now boast a total of more than 200 million digital consumers—a 50% rise from 2016 to 2017. In three years, an estimated 130 million consumers in India will purchase beauty and hygiene products online, according to a 2016 study by Bain & Company and Google.

Yet, despite the vast potential, fewer than 20% of brands outgrow their categories in this high-growth region, according to our research—that's roughly the same proportion as in low-growth developed markets.

What holds them back? We have identified five common pitfalls and ways to overcome them.

In any business, it's critical to know where to play. However, we find that too many brands in developing Asia simply fail to understand their core consumers or have a limited view of their competitive sets and the true boundaries of their product categories. For example, some companies instinctively compete only within the traditional limits of a specific Nielsen-designated category, without understanding how consumer behavior contributes to category overlap, opening up big opportunities for expansion.

Winners set growth initiatives that are consistent with category fundamentals and then translate those initiatives to operational metrics to track progress and capture value. The best companies often use consumer repertoire maps to define true category boundaries and determine how they differ across user groups and occasions. It helps these companies identify the real competitive set, and the core channels and segments. We find that when brands are not clear about where to play, they can encounter a number of pitfalls involving how to win.

Pitfall 2: Saying it wrong (when brand messaging is inconsistent or not appropriate for the category or target consumers)

The goal is to anchor a brand in consumers' long-term memories. However, many brands have a relatively short history in these markets, and have not yet established and reinforced the kinds of memory structures that work so well in the developed world. They may send out inconsistent messages or change their messaging too frequently. Winning companies use consistent and repeated messaging that reinforces their brand differentiation. In India, Lifebuoy has steadily promoted its soap's hygiene benefits, educating rural Indians about the link between germs and illness, and reinforcing the message that Lifebuoy is fast at killing germs. In China, L'Oréal strengthens its memory structures by digitally engaging with shoppers at multiple touchpoints throughout the online decision process.

Pitfall 3: Succumbing to the lure of the new and different (too much range complexity and lack of focus on hero SKUs)

Traditional trade and convenience stores are gaining in popularity—but both formats offer limited shelf space. Winners reduce their product assortments to focus on the proven and profitable hero SKUs with the highest velocity on the shelf, year after year.

Again, the answer starts with knowing shopper behavior and being clear about the role of different SKUs in any given channel. For example, if the core consumer is an impulse shopper of an on-the-go beverage, that calls for a smaller pack size and different positioning than if you're targeting home consumers of the same beverage. In addition, the best companies use innovation selectively, to break penetration barriers, to convince existing brand users to trade up, and to avoid creating more complexity in their businesses and on the shelf.

Pitfall 4: Losing at the first moment of truth (failing to deliver in the store)

Many brands—especially domestic brands—lack the abundance of data that allows for sophisticated account planning. Without such data, FMCG players need to focus on making their hero SKUs available and visible while ensuring the retailer has incentives to push those SKUs. At the best companies, solid consumer insights inform priority in-store execution and activation moves. This helps brands understand which SKUs to distribute where and the level of promotions required, for example.

Winners are clear about what matters most to increase sales on a channel-by-channel basis. In convenience stores, it is mostly about converting shoppers at the point of purchase. In traditional trade, it is typically more important to master the route to market to maximize numeric distribution, working with distribution partners and wholesalers to improve availability and visibility. In modern trade retailers, the objective is to increase basket size, by incentivizing cross-selling and tailoring price pack architecture to meet consumer preferences, for instance, or increasing planned purchases through promotion.

In this fragmented retail environment, some brands fall short when it comes to ensuring that their products get through the last mile and in retaining the ability to influence consumers' decisions at the point of sale. As channels evolve, brands need to adjust their routes to market and servicing models for maximum sales effectiveness, at lower costs to serve, using newly available technology when possible.

The most successful brands in this area are mostly "local champions" that achieve high numeric distribution and extensive penetration in traditional trade. They use direct distribution (or a high-touch managed distribution model) in high-density areas, where modern trade is typically more established. At the same time, they build a multitier distribution network and collaborate with hundreds of wholesalers in low-density rural areas, making the big trade-off between having influence over outlets and having penetration across outlets to maintain a sustainable cost to serve.

Winning in developing Asia is not easy. Yet some companies are getting ahead by making the right strategic choices and pulling the right levers for growth. They start with the goal of boosting penetration and consideration. They take a systematic approach, from rethinking the category to delivering change. They invest to understand true consumer behavior and the true category rules, choosing the right categories, price segments and channels in which to compete. They are equally systematic about determining how to win, creating consistent and repeated messaging, pruning their portfolios to suit both consumer and retailing requirements, and striving to perfect their in-store execution. They aren’t trapped by the pitfalls that keep their competitors behind. 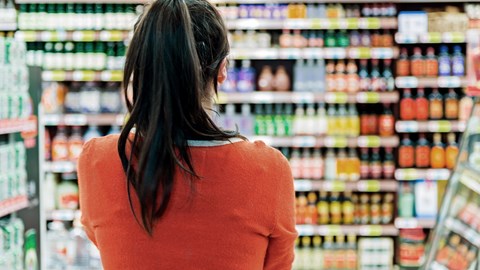 How to overcome the pitfalls that keep brands from growing. 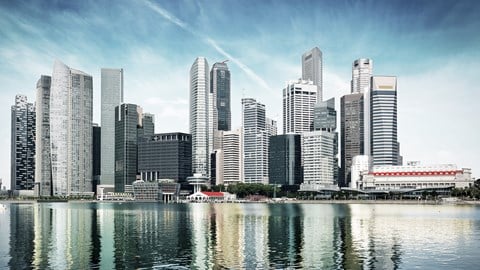 So You Want to Win in Southeast Asia E-commerce?