This article originally appeared on The Wall Street Journal's The Experts blog.

Who makes the greatest proﬁts in the tire market? The property and casualty insurance market? The car market?

Sometimes the largest companies lead an industry, but in many cases, the leaders that create exceptional value don't rely on scale alone. They use other skills to move into pole position.

Large scale still provides a powerful competitive beneﬁt, no doubt. A recent Bain & Co. analysis looked at the "proﬁt pool" for 45 markets world-wide–the total proﬁt generated in the market over three years by each of the companies participating in it, and what share of the proﬁt pool each company captured. We deﬁned proﬁt as economic proﬁt, subtracting the cost of capital from the reported earnings before interest and taxes of each company. That produced the earnings of companies above their cost of capital.

Our analysis shows that the scale leader, in terms of revenue, is also the economic proﬁt leader in 60% of the cases. Companies have long focused on building scale because the largest among them can spread costs over the widest base, wield the most market inﬂuence and beneﬁt from the most accumulated experience.

But when we looked closely at who is making the most economic proﬁt and how they are doing it, we found many smaller companies take home higher proﬁts in these markets despite their relative scale disadvantage. Strikingly, we found that on average, 80% of the economic proﬁt pool was concentrated in the hands of just one or two players in each market. These strong performers generated nearly two times their cost of capital in proﬁts. And among these economic leaders, 40% were not scale leaders at all.

These best-performing companies, it turns out, achieve economic leadership in other ways. Proprietary assets can often trump the beneﬁts of scale by improving costs or boosting a company's ability to oﬀer premium products or services that customers will pay more for. The leading pharmaceutical companies win by developing the best patent portfolio in the right categories. Similarly, in the oil and gas business, a company's track record in bringing new ﬁelds into production is a stronger predictor of success than pure scale.

Unlocking those powerful assets requires strong capabilities. In the insurance industry, some smaller insurers have been able to outperform larger ones by using better underwriting algorithms to select the best customers and price risk more eﬀectively.

Then there's the skill of attracting the best customers. Every market has a group of customers that is more lucrative than others. The companies that attract them command the highest margins. These customer groups are stickier, not as price- sensitive and cost less to serve.

Clearly, the classic strategic imperative for challengers—build scale or get out—is only one of several options. For example, challengers can hitch onto a market already created by the leader, and then use diﬀerentiated capabilities to create more value. Aggressive challengers can also hijack the industry proﬁt pool by winning over the best customers or by introducing something new that creates additional demand among this lucrative group. One or two auto makers pulled oﬀ this strategy by developing a premium brand and gradually extending it into other corners of the business, from city cars to SUVs.

The ultimate judo move for a challenger is to render the leader's scale advantage obsolete by changing the rules of the game. Challengers have done this in retail (through internet selling), air travel (by oﬀering low-cost, no-frills service) and media (via streaming music and video).

A paradox of leadership is that the largest companies often fail to take full advantage of leadership economics. The top performers in our research returned an average of nearly two times their weighted-average cost of capital. But among the scale leaders in each market, only 26% hit or surpassed that target; 36% didn't even return their cost of capital.

In most markets, one or two companies make all the money while others either struggle to return their cost of capital or destroy value. Scale can help, but companies that consistently outperform their competition build competitive advantage beyond scale.

James Allen is co-leader of the global strategy practice at Bain & Co. and co-author of The Founder's Mentality.

You Cut Your Prices. So Why Didn’t Consumers Notice?

Companies’ actual prices are often at odds with how consumers perceive their prices.

The B2B Elements of Value

With 40 distinct kinds of value, B2B managers can identify what matters most to each set of important stakeholders. 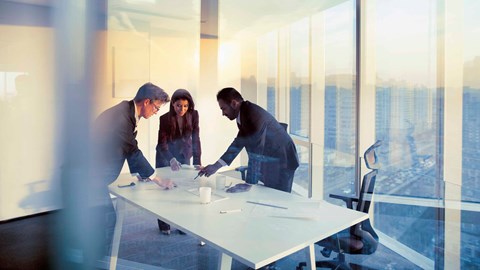 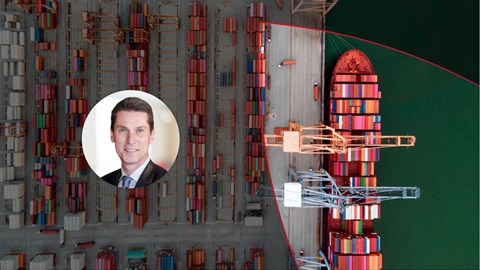