Four decades is a long time—except when the goal is to reduce carbon emissions by 80 percent. Over the next 10 years, utilities around the world will make significant investments to renew their generating capacity and meet the growing demand for power. These decisions will require tough choices due to several reasons: the pressure on the balance sheets of most utilities, the financial constraints of governments that will limit the potential for subsidies and the evolving regulatory environment that will mandate reduced CO2 targets. Bain & Company research shows that if governments use four levers to build a vision for the future supply and demand of power, they will not just help utilities make better investment choices in the short term—but also improve the country's competitiveness and emerge as flag bearers in the march toward a low CO2 era.

Given the scale of the issue, these investment decisions require a robust and realistic view of a low CO2 competitive energy mix by 2050. With global population increasing by almost two billion in the next 20 years, energy demand will balloon by 1.5 percent every year. For most planners, managing and controlling demand represents a top priority—best pursued through energy efficiency goals. Bain & Company research shows that in Europe, a 10 percent reduction in power consumption by 2050 will reduce CO2 emissions by 18 percent and a 20 percent reduction in power consumption will reduce emissions by 48 percent. Yet measures to curb energy consumption can only go so far. In parallel, countries also need to develop a game plan to identify the right energy mix such that they minimize their carbon footprint as well as meet the growing hunger for energy.

The power sector offers the most scope for reducing CO2 emissions. In 2007, power generation accounted for 41 percent of the world's CO2 emissions, well ahead of transportation (26 percent) and all other sectors combined (33 percent). For most developed countries, achieving an 80 percent reduction in CO2 emissions by 2050 means "decarbonizing" the power sector by 90 percent—which clearly presents a major challenge. As other sectors like transportation try to reduce their carbon footprints—for example, through the use of electric cars-they will generate even greater demand for power.

Yet the sooner countries shift their power generation to less carbon-intensive capacities, the better their odds of getting to the right competitive mix by 2050. Power generation represents 43 percent of all CO2 emissions in the United States and 37 percent in Europe. By identifying the right mix of power technologies that make their economies more competitive, the US and Europe can reduce emissions by 80 percent by 2050—if they make the right choices now.

When we analyzed the installed capacity in the US in 2008, we found that the existing capacities still operating in 2050 will account for only about 5 percent of the demand at that time. The US will need to invest in new assets or renew existing ones to meet 95 percent of the demand in 2050. In the case of Europe, Bain estimates the EU-27 will need to invest to meet nearly 90 percent of the total demand in 2050. The scope might appear daunting at first, but currently available technologies offer plenty of options to invest in power infrastructure that can help meet demand at low CO2 levels by 2050. The power cost will clearly be higher-roughly ?30 per ton of CO2 avoided in Europe and $20 per ton in the US—but affordable as long as the target for reducing CO2 emissions remains below 90 percent. Eliminating the remaining 10 percent emissions will imply financial burdens that could jeopardize the competitiveness of the economy. Most governments and key decision makers can therefore start the process of meeting the 90 percent reduction right away. Their challenge: identifying the right affordable power mix for 2050.

In our experience, when defining an energy policy, most governments make trade-offs between as many as five criteria.

Despite the growing pressure to reduce carbon emissions, for many countries criteria such as security and public acceptance gained greater importance in the last decade. In many US states and in some European countries, citizen groups campaign to block new nuclear plants. Today, nuclear energy provides only 18 percent of US energy needs—equivalent to 0.32 kilowatt (KW) per inhabitant. In contrast, in France, nuclear energy provides almost 75 percent of all electricity generated (equivalent to 1 KW per inhabitant), but wind energy struggles to gain wide acceptance. To be eligible for tariffs, wind farms can be built only in restricted Wind Power Development Zones. Meanwhile, in Germany, which is often at the cutting edge of experimenting with new low CO2 technologies, the pilot test for carbon capture and sequestering (CCS) faced public opposition. Vattenfall's Schwarze Pumpe project in Spremberg, Northern Germany, which was meant to be a global demonstration for the three key stages of trapping, transporting and burying greenhouse gases, was forced to release CO2 directly into the atmosphere when Germans protested "not under my backyard."

When we applied the framework of the five issues to the US and the EU-27, the Bain model for optimizing the energy mix showed that countries can choose between many different paths to get to a low-emissions competitive mix by 2050. We found that the energy mix decisions became simpler if countries focus on four main levers:

Currently, there are at least seven low CO2 technologies. Five of these are already operational: run of river hydraulic; geothermal; biomass; nuclear; and alternative energy sources like wind and solar. Two technologies are still maturing: concentrating solar power (CSP) with storage, and coal and gas with carbon capture and storage (CCS). Each source of power comes with its own constraints. Rivers, geothermal and biomass technologies will  quickly reach the limits of available natural resources; technologies like CSP with storage and coal or gas with CCS are still to develop commercially to full potential.

Given the existing installed capacity and technology constraints, the US and the EU-27 can take several paths to a low CO2 future by 2050, depending on the trade-offs they make. For example, countries can depend on low-cost renewable sources such as run of river, biomass and geothermal for their competitiveness and low CO2 emissions, but these natural resources have finite potential. Or, countries can bet on CCS, which shows promise as a low CO2 technology, but still needs to evolve as a viable financial model for business. Another option: Countries can use nuclear power to reduce the cost of electricity as well as CO2 emissions, but nuclear technology comes with a considerable time lag.

Our model shows that under certain conditions, displacement could reduce the EU-27's cumulative carbon emissions by 15 percent over the next 40 years. In the US, an additional benefit is a potential drop in the cost of electricity: Redeploying older assets to meet demand at less frequent load levels and investing in cleaner base load production technologies could reduce the price of electricity from $69 per megawatthour (MWh) to $66 per MWh. However, to get the best from displacement, utilities will have to speed up substantial investments. For example, the US would need to invest $1,533 billion by 2020 versus $1,332 billion without displacement.

Relying on wind and solar in the near term: Even with displacement, most of the power a country needs will still come from high carbon-emitting plants. In the US and in Europe, wind and solar power can play a critical role in immediately reducing dependence on high CO2-emitting power-generation technologies. Most countries will need a short-term plan based on these technologies to dovetail into the long-term goal of reducing carbon emissions by 2050.

However, renewable energy sources have limitations, too. They can be volatile, as they depend on intermittent sources of energy: the wind and sun. Many countries worry that wind and solar energy are still not dependable enough to cover base load demand. Another deterrent: The cost of electricity storage seems likely to remain prohibitive for quite some time.

Wind and solar also represent a high initial capital investment, with marginal operating costs once the infrastructure is up and running. If too widely deployed, they will reduce the ability to get the full benefit from low CO2 competitive base load infrastructure based on nuclear energy or coal with CCS. The Bain model estimates that in Europe, a competitive power mix where 240 gigawatts (GW) of power is generated by wind and solar capacities by 2050 will require $1,408 billion in total investments over the period. Depending further on wind- and solar-generated power—say to meet 600 GW demand—will require additional investments of roughly $250 billion and increase the total cost of electricity by nearly 10 percent.

Managing demand: An effective way for a country to reach its 2050 goal is by tackling the demand profile for power. By looking for innovative ways to transfer semi-base and peak demand to base load—which is cheaper to decarbonize-a country can dramatically reduce carbon emissions at a lower cost. In one projection, the EU 27 can reduce the required power capacity from 773 GW to 670 GW by shifting 13 percent of peak demand to a more average level of demand.

However, managing demand comes with its own issues. A critical constraint in balancing energy demand across regions—and for that matter, across different sources of energy—is the state of the transmission and distribution networks. Such networks become even more complex when they cross national boundaries. It took almost 20 years, for example, to build the interconnection capacities between France and Spain.

Moreover, the aggressive push to reduce CO2 emissions comes at a cost: To renew and develop these capacities, utilities in the US would need to invest 30 percent more and in Europe 25 percent more than "business as usual" between now and 2050. But the payoff would be higher, too. In Europe, for example, countries can choose the right low CO2 technology for themselves by prioritizing options that stimulate economic growth and create more jobs locally.

As countries choose their optimal energy mix, they must consider two factors that can stall- or accelerate-activity. The first is the role of capital. Most options for a competitive low CO2 mix in 2050 require higher capital investments today for lower operating costs tomorrow. That puts tremendous pressure on utilities to come up with the requisite cash in the short term. The private sector can play a crucial role in bridging the need for capital, but that raises the second issue: a stable, predictable environment for energy investments. The more the profit pool in energy depends on unclear and changing rules and regulations made by governments, the less likelihood of private capital shifting to the energy sector.

Bold approaches require strong leadership and therefore, getting to the right energy mix by 2050 will test both the public and the private sectors. Government can play a key role in launching initiatives that steer the mix in the right direction, providing access to financing and creating an environment of stability and transparency that attracts investments. Private leadership will feature in an equally significant role. Investors will need to assess and allocate risks. Technology developers will need to speed up the rollout and development of new low CO2 technologies.

Meanwhile, power generation companies will need to ramp up plans to renew old assets or build new low-carbon facilities. They can also play a role in educating both the public and private sectors on stimulating R&D and pushing for the development of common and competitive standards on these technologies: Smooth license processes and collaboration on standards could substantially reduce the cost of investments. Most of all, despite the flux in the regulatory environment, utilities can choose to embark swiftly on their journey to 2050, by taking the first steps needed to develop a clear vision of the future. 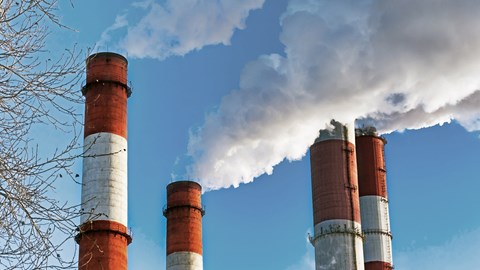 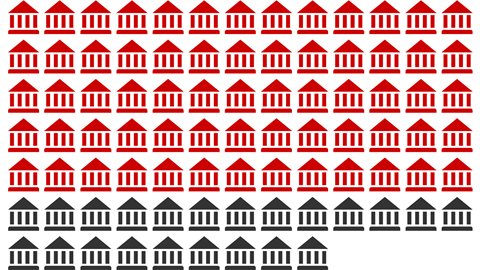 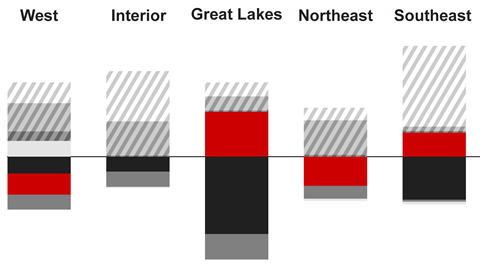 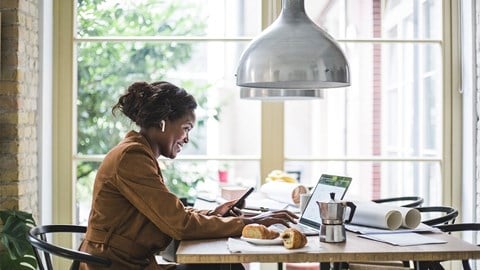