A European utility company had been trapped in a bind for years. When customers had a problem, they expected rapid, same-day response, including evening and weekend service. But the field force labor contracts placed limits on scheduling field workers’ time. The solution arose from a survey by the utility to gauge whether any of its employees would want to work extra hours at short notice or evenings and weekends if asked.

The answer was yes: groups of field workers within the union membership were interested in work flexibility. These findings convinced the unions to accept an overall agreement that accommodated the needs of different groups. The new contract gave the utility the adaptability it needed to offer rapid response service and improved coverage in the evenings and on weekends. The program benefitted customers, employees and the company. In addition, by improving service levels, the utility remained highly competitive, boosting growth and enabling the union to maintain its membership.

Most companies recognize that not all customers are alike and offer different value propositions based on the preferences of various groups. Recently, that European utility and others have started to apply the same approach to their own employees. By grouping employees according to their needs, some companies have begun to tailor everything from terms of employment to incentives for different segments. They’re improving financial performance, customer service and employee satisfaction—and reducing costs.

The logic is simple: just as customers don’t fit neatly into a single homogenous group, employees are motivated by different factors that are often dictated by their stage of life or personal interests. By learning what motivates each group and offering a customized program that delivers what matters most, companies find that employees are willing to work more effectively and devote more discretionary thought and attention to their jobs. Whether companies apply the approach with call center agents, field force workers or any other employee group, it can deliver positive results.

The employee survey that prompted changes at the European utility showed an unexpected diversity in the way employees viewed their jobs, what motivated them and which employment options they would consider. For example, questions about shift patterns and short-notice overtime preferences elicited a range of responses. Some preferred a stable work routine; others were willing to offer high levels of flexibility in return for greater rewards; still others were willing to relinquish some pay in exchange for the flexibility to work fewer days.

Hidden Stars, who tended to be poor-performing, career-driven individuals. They were generally dissatisfied with their employment package, but they could be motivated by performance-based pay.

Service-focused employees were strong performers and eager for performance-based pay and overtime, and they were willing to work less-typical shift patterns in return for greater rewards.

Experienced Craftsmen had the longest tenure and highest work quality, but with a lower work rate and the most absences. Mostly older than other employees and more financially secure, they were willing to offer some flexibility to protect their pension qualifications.

Identifying different interest groups helped the company influence contract negotiations to the point that the union was willing to include flexible working practices. The segmenting effort served as an important part of a broader performance improvement program that delivered a significant increase in work quality and customer loyalty scores.

In Asia, a major telecom company used the same approach to offer different incentive plans to its field force, in addition to different work schedules. Plagued by inconsistent field force performance, the company set out to boost productivity and gain flexibility to address shifts in service demand. It had three objectives: improve service levels, make its cost base more competitive and engage its employees more in their jobs.

The company hoped to improve upon the acceptance rate of an earlier pay-for-performance incentive plan that it had offered to all employees. A mere 5 percent of employees had accepted that plan, which had the unintended consequence of identifying employees who were motivated by its offerings. That led the company to perform a deeper analysis to identify different segments for which it could construct tailored incentives packages.

This time, the company surveyed its employees beforehand in order to fully understand their needs and attitudes. The results of that investigation provided insights that helped the company design customized employee propositions. For example, some workers strongly preferred the security of stable cash flow, while others said they would welcome a plan that allowed them to increase their income if they worked longer hours and met quality targets, as long as there was sufficient downside security.

The company designed bundled employment structures and incentive packages to appeal to four basic employee segments, each a different psychographic group. For example, “Hungry and Ambitious” workers, eager to maximize their income, could opt for a pay-for-performance arrangement that provided a relatively low salary but allowed them to achieve sizeable bonuses for exceeding performance and quality goals. “Waiting for Retirement” employees could work only part time and still qualify for their retirement pensions. That option gave the company greater flexibility to manage demand volatility.

Before creating these packages, the telecom carefully assessed different payout curves and conducted elasticity testing for critical metrics for each segment. The telecom then developed a performance management program to identify underperformance. Then, just as a consumer products company would communicate its products’ value propositions differently to different customer segments, the company targeted its messages to each of the employee groups.

Employee acceptance of the approach was overwhelmingly high, and the results exceeded even the most optimistic expectations. For example, with so much of their income now tied to performance, “Hungry and Ambitious” employees became more productive and efficient, and the need for rework dropped dramatically. The company reduced costs by reassigning “Waiting for Retirement” employees to part-time schedules—these employees could be brought in on short notice only when they were needed. The improvements in quality and availability led to higher customer satisfaction scores.

Segmenting helped the company increase field force performance by 70 percent and reduce unit costs by 30 percent. It also helped the telecom envision other uses. For example, it could focus training efforts on employees who truly wanted to improve productivity or target voluntary separation programs to the right employees.

When another Asian company used segmenting, it learned that members of one group, “Go Getters,” who earned high pay through pay-for-performance incentives, served as an inspiration for the less-motivated “Lifestyle Focused” workers. Watching their colleagues reap extra income for higher productivity, those employees became more productive. Also, the company saw that it could turn many of its “Empty Nesters” into a contingency workforce to call upon only when needed. These were people who understood the technology and possessed the job skills but, suddenly, did not represent a fixed cost to the company.

When a company considers everybody’s needs, everybody wins: customers and employees feel satisfied and financial performance improves. That’s the power of employee segmentation. 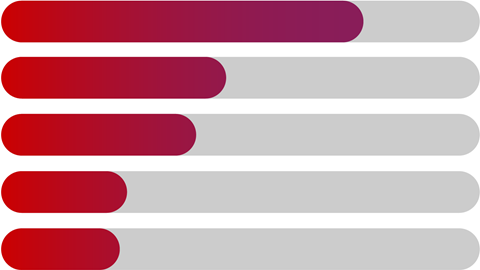 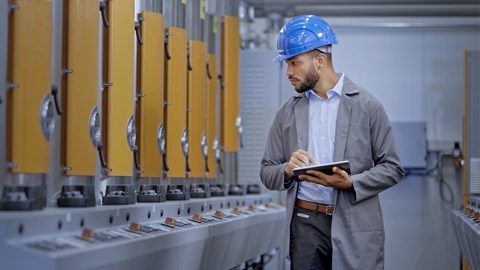 Performance Improvement Toronto Symphony gets in tune with customers