Provider and related services continued to be the hottest sector in global healthcare private equity during 2018, accounting for 159 of 316 buyouts and 55% of the total disclosed value, compared with just 44% in 2017 (see Figure 7). This relative increase in value includes three of the top five largest deals, which total $19.7 billion. Large deals for PPM entities and HCIT assets drove a significant portion of the value.

The provider sector continued to be the most active in healthcare deals. Provider deals accounted for 159 of 316 healthcare PE deals globally in 2018, up from 139 deals in 2017. An increase in Asia-Pacific volume led the way. Total disclosed deal value rose about 90% in 2018, to a record $35.0 billion, led by 10 deals greater than $1 billion each, compared with just 7 such deals the prior year.

Consistent with the past four years, North America was the most active region in both deal count and disclosed value. Three of the top five deals were North American, including KKR’s acquisition of Envision Healthcare for $9.9 billion, the year’s largest deal globally.

In Europe, provider activity slowed after a robust 2017 because of regulatory uncertainties around cross-border limitations on the ability to scale up assets. However, these regulatory shake-ups also led to buyout opportunities. For example, in advance of a healthcare restructuring in Finland designed to increase private competition, CVC acquired a $2.1 billion stake in Mehiläinen Oy, a Finnish health services provider.

Asia-Pacific deal volume rose significantly as investors reacted to broader access to healthcare in large and aging markets such as China and India. Investors have started making bigger bets in the region. Yunfeng Capital and Alibaba Group Holding Limited entered into a $1.2 billion agreement to acquire iKang Healthcare Group, a Chinese-focused preventive health service company. We expect to see increased interest in digital healthcare solutions that improve access to primary care in China and India.

Investors continued a multiyear global trend of acquiring and consolidating retail health assets. In the US, asset sizes rose after several years of consolidation as firms can now sell more mature platforms. VetCor Professional Practices had 41 locations when Cressey & Company originally invested in 2010, and that number had grown to 137 locations across 19 states when Harvest Partners invested in 2015; when acquired by Oak Hill Capital Partners in 2018, it had grown to more than 270 locations across 28 states. Even though dental and veterinary subsegments have been consolidating for years, there is still room to run as shown by the VetCor acquisition and KKR’s majority stake acquisition of Heartland Dental. Retail health consolidations have reached maturation in select European segments as well, evidenced by BC Partners’ $900 million acquisition of VetPartners, a UK-based platform of veterinary clinics with more than 350 locations across the country. Retail health consolidations also occurred in Germany, the Netherlands and elsewhere in Europe, but country borders can limit achievable scale for segments without higher variable cost models such as veterinary or laboratory.

As retail health markets mature, multiples for acquisitions increase and the size of the consolidation platforms increase, however, the playbook will have to change. Given the size of the base business of the retail health platforms, investors will need to create value through same-store sales growth, as opposed to the stronger focus on consolidation over the past several years. Investors also have started to look at a range of less traditional retail health models characterized by more fragmented markets and less competition for acquisitions.

Given the demand tailwinds from increasing insurance coverage, attractive de novo economics and the fragmented market, which creates an opportunity to execute a buy-and-build strategy, behavioral health assets, particularly autism-focused providers, attracted greater interest in 2018. Blackstone acquired CARD, a leading provider for autism behavioral health services, for an undisclosed value, with the intent of continuing to expand its access and footprint. While Blackstone acquired CARD’s large footprint of 192 locations, KKR announced the creation of its Blue Sprig platform and subsequently acquired additional clinics, implementing a classic buy-and-build strategy.

While the shift from fee for service to fee for value is inevitable over the long term, the shift to value-based pricing, bundled payments and capitation has slowed in recent years, as physicians don’t necessarily believe those models offer better care. More than 70% of physicians prefer to use a fee-for-service model, according to Bain’s Front Line of Healthcare Report 2017: Why Involving Doctors Can Help Improve US Healthcare. Those doctors cite concerns about the administrative burden as well as the complexity and quality of value-based payment models. While physicians don’t believe their organizations are prepared for the shift to value-based care, many other executives in finance and administrative positions would prefer to move care in this direction. Bundled payments in particular are expected to continue to gain adoption, and providers have been preparing for them.

Amid the gradual shift in payment models and the disconnect between physicians and healthcare provider administrators, investors should seek assets that will perform well in a fee-for-service world yet also have the capabilities to move to a fee-for-value model. To that end, CD&R acquired a majority ownership in naviHealth, a Nashville-based manager of post-acute benefits for risk-bearing organizations that offers solutions to payers as well as risk-bearing providers. Sound Inpatient Physicians, acquired by a Summit Partners–led group and OptumHealth, is a hospitalist group that partnered with Remedy Partners to enable providers to better organize treatment and prepare for bundled payments for care improvement (BPCI). Remedy Partners also received an additional investment from New Mountain Capital in December.

Competition for provider assets also has been stimulated by strong interest from corporates that are investing to integrate across the value chain. By controlling some parts of healthcare delivery, payers believe they can reduce costs and provide better patient outcomes. For example, Humana is partnering with Walgreens to pilot senior-focused primary care clinics in Kansas City for Medicare patients. Humana also partnered with TPG and Welsh, Carson, Anderson & Stowe to make a large investment in Kindred in 2017 and to acquire hospice provider Curo Health Services for $1.4 billion in 2018, creating the largest hospice provider in the US.

We expect provider deal activity to remain high in 2019. Investors will focus on assets that can thrive in both a fee-for-service and fee-for-value environment, with continued interest in physician services and an uptick in innovative and disruptive primary care models. Investors have already shown interest in provider assets that assume risk. Further, retail health deal activity should remain robust as funds push the consolidation playbook into new segments.

We also expect that funds will increasingly partner with corporates as the combination of PE and long-term strategic mindsets along with the financial capital make these partnerships well positioned to win deals. Corporate payers will continue their push into the provider sector, intensifying an already competitive field.

Corporate acquirers that can pay a premium are edging out PE funds. 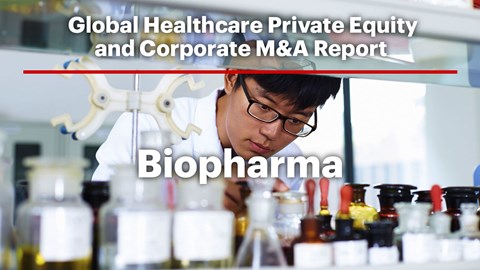 Biopharma: Strong Activity in the Face of Regulatory and Pricing Pressures 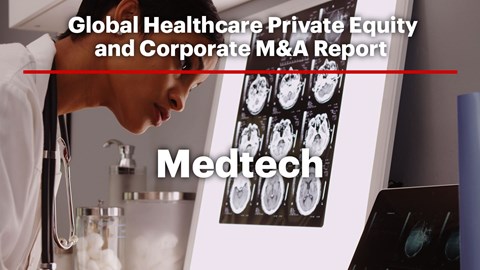