2021 was a pivotal year for the Indian venture capital (VC) investment landscape—a convergence of heady tailwinds coming together in a record growth year as VC funding reached $38.5B with several highlights:

“We believe that the Indian tech market has finally hit PMF—a perfect storm of talent, capital, infrastructure, depth in demand, and other enablers is brewing. The next decade is going to be growth.”

Consumer technology, fintech, and software as a service (SaaS) continued to account for 75%+ of all VC investments by value (in line with 2020). These sectors continued to see a significant expansion in deal size, indicative of a maturing landscape. SaaS specifically saw deal size expansion as marquee Indian unicorns became category-defining leaders globally, such as Postman in API management or BrowserStack in automated testing. A few emerging sectors stood out:

“We continue to be excited about several sub themes: enterprise SaaS across sales & support enablement, upskilling and life-long learning tech, cross-border commerce, and challenger banking services are key areas of interest. On the healthcare front, digital and consumer health, tech-enabled healthcare services, next generation manufacturing, and innovation are examples of focus themes.”

The active investor base in India also consequently saw a significant expansion, reaching 660+ from a base of 516 in 2020. Several seed funds and family offices debuted or raised funds for early-stage rounds, becoming more significant on the pre-seed to Series A landscape. Tiger Global and Sequoia Capital retained the top spots on the leaderboard in terms of deal volume and capital deployed, while SoftBank remained competitive on capital deployment, focusing selectively on large deals.

2021 was also a defining year for exits. Total VC exits reached north of $14B across secondary transactions and initial public offerings (IPOs). Secondary transactions led 60% of the exit value, anchored by a few marquee deals (BillDesk acquisition by PayU at $4.7B, and partial exit by Kalaari in Dream11 at $400M). Further, companies with VC backing accounted for at least five high-profile IPOs in the year in a major shift as the Securities and Exchange Board of India (SEBI) relaxed norms for listing on the public bourses. Retail investor appetite for tech-led scrips further drove record levels of oversubscription for these IPOs (e.g., Zomato oversubscribed at 7.5x while Nykaa was oversubscribed at 12.2x for retail investors).

Global headwinds in early 2022 are likely to affect the funding outlook for the rest of the year. Although we expect investments in 2022 to remain in a similar range as 2021 (driven by existing dry powder), the pace and quality of deals is likely to shift. Investors are expected to double down more significantly on quality assets with larger rounds, and a more measured pace of dealmaking. Compressed multiples in global public markets will probably see a trickle-down impact, leading to rationalisation in valuations and a focus on unit economics. Exits via public listings may also see some moderation as IPOs in the pipeline may adopt a wait-and-watch stance given global headwinds in public markets. A few emergent sectors, however, will continue to see interest: Web 3.0 or crypto-based investments (especially with the Indian government’s ruling on validity of digital assets), creator commerce, and core sectors, such as agritech and healthtech.

Some India-specific trends may further affect momentum over 2022: (a) stricter IPO norms are expected to be rolled out by SEBI, specifically focused on capping investor share offloading at IPO; (b) regulatory shifts are likely to continue to affect a few sectors such as online gaming, cryptocurrency, and fintech; and (c) talent attraction and retention will continue to remain top of mind for scaling start-ups.

“We expect tech valuations to be restrained this year, especially across growth and late-stage financings. On the early side, we believe deal activity in the industry will be muted compared to 2021 but still higher versus the previous years, given the fundamental consumer shifts driven by the Covid-19 lockdowns, and substantial dry powder in the market.”

Investing momentum driven by a pivotal convergence of tailwinds

VC deal flow in India saw momentous growth in 2021, reaching a decadal high of $38.5B in invested capital

Across the last few years, deal volumes have fluctuated, but deal sizes have seen a steady expansion (apart from a marginal Covid-19-led drop in 2020)

Along with growth in overall deal volume, shape of deal flow shifted significantly in 2021, with a record number of large ticket deals led by global VCs

Average deal value grew rapidly across consumer technology, fintech, and B2B commerce, with marquee deals in each of these sectors

Investor base and fundraising overview

The fundraising landscape saw a significant shift, with several smaller funds raising a higher share of capital relative to leading global investors in 2021

Further, dedicated sector-focused global and domestic funds are increasingly doubling down on presence in sectors such as fintech and Web 3.0

As companies scale, investors are also helping founding teams with tech expertise, leadership recruiting, and their path to IPOs

Perspectives on the exits landscape

VC exits in India had a record year in 2021, reaching ~$14B in total exit value, IPOs accounted for 40% of the exit value

Exits momentum peaked in 2021, driven by a number of favourable factors

Secondary sales and strategic exits saw an exceptional $8.7B+ in exit value across 60+ deals

Further, 2021 was an unprecedented year as several VCs saw exits via IPOs on Indian exchanges

2022 and beyond: India investment outlook

The Indian VC ecosystem is enabling a virtuous cycle of value creation across stakeholders, acting as a propellent for the broader economy

In the future, early trends in the global public markets indicate a few headwinds for the VC funding landscape

We expect funding momentum to continue given dry powder raised over 2020–21 and depth in the ecosystem, but with shifts in pace and quality of deals

Definition of India VC used in the report 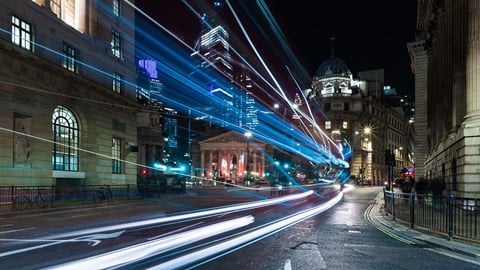