No company is immune. After years of low volatility and stable inflation rates, energy and natural resources (ENR) companies have faced a steady stream of disruption: Covid-19 and its bounce back, unpredictable events like the Texas electricity blackouts or the container ship Ever Given blocking the Suez Canal, and now the war in Ukraine, which will reverberate in commodity markets for a long time.

Pair these disruptions with broad, continuing inflation, worker shortages, and rising labor costs, and it isn’t news that many companies are struggling to recoup cost increases, leading to flat or even declining margins even as they post record top-line results and sell out their products (see Figure 1).

Until recently, many executives have heralded two prevailing responses to this environment that, when taken together, create a blind spot for ENR companies and their approach to pricing.

“This is temporary and will soon pass.” Over the past year or two, many executives have taken the stance that they just need to get through the next three or four months, until business as usual returns. However, if history is a guide, while inflation spikes may resolve after a couple of years, possibly tempered by recession, volatility is likely to persist. Consider chemicals. Coming out of the 2008 financial crisis, price volatility continued for nearly seven years before the sector stabilized (see Figure 2). The reality is beginning to sink in for many executives: This may be more than a temporary phenomenon.

“We’re structurally protected from this.” Many ENR companies feel that their positions near the beginning of their value chains protects them from cost pressures. Even when the cost of inputs rises, they can usually make up margins in their sales. But this focus on raw inputs overlooks the other costs of doing business, which are also rising. Shipping costs have doubled since March 2021, and labor costs in the US were up 4.5% in the fiscal year ended March 2022, an increase from 2.6% the previous year (see Figure 3).

Amid all this turbulence, executive teams have been applying the same pricing playbooks, policies, and approaches that they used before this upheaval. Maybe it shouldn’t be surprising; prolonged inflation like this hasn’t reared its head since the 1970s. Most corporate leaders haven’t had to deal with macroinflation during their careers, leaving them unsure of how to proceed.

One thing is becoming clear, though: What worked before, no longer works as well. Dynamic pricing will become more important. Frequency of increases, decision rights, rigor of cost forecasts, back-order and freight policies, contract terms and conditions—everything is on the table as executive teams grapple with how best to protect margins without upsetting customers.

The crisis as catalyst

Over the past year, executives have been trying out a range of actions to redefine their approach to pricing. Volatility and inflation may be the forcing mechanism of the moment. But by building pricing capabilities that allow them to react and adjust quickly, they’re positioning their companies for long-term success.

No one can be certain, but history suggests that inflation bouts typically last about 30 months. However, the cure is often a recession, so volatility may persist even as prices level off.  There are also plenty of signs to suggest structurally long-term inflation, including an aging workforce, investment costs of the energy transition, and repatriation of supply chains. Even after the high-single-digit inflation numbers are reined in, we may return to higher base levels than in the 2010s.

In any case, the various potential outcomes all lead to the same takeaway: Companies that acknowledge the persistence of volatility and rewrite their pricing playbooks are more likely to maximize price realization, expand margins, and take advantage of pricing as a competitive weapon.

M&A Opportunities in the Energy Transition 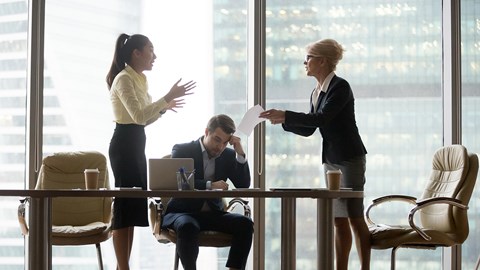 전략 Transforming a leading polymers maker into a profit powerhouse