In recent years, when insurers acquired or divested, it usually was a move to reinforce their core and streamline their businesses. The tide began to shift in 2021 as more insurance companies pursued deals that helped them build out capabilities and broaden their business objectives. It also was a year in which insurers turned to M&A to expand their distribution reach. And it was a year in which blockbuster scale deals ran into big hurdles, reinforcing the importance of tackling regulatory issues upstream.

We’ll look at these themes one by one.

M&A to accelerate and diversify capabilities

In auto insurance, both newcomers and incumbents are accelerating usage and behavior-based offerings, requiring technical capabilities to develop algorithms and effective customer interfaces as well as a body of data. Most major players have tested the waters. For example, in 2018, USAA launched its SafePilot telematics product, expanding coverage to 34 states last year. To further advance and accelerate its ability to personalize pricing that fits drivers’ risk and use profiles, USAA acquired insurtech Noblr in June 2021, with plans for the start-up to run alongside its SafePilot product.

German insurer HDI acquired insurtech Community Life (founded in 2014) to accelerate its digital capabilities for direct-to-consumer and sales partners as well as innovative capabilities such as biometric insurance.

US insurer Lemonade has been steadily expanding beyond its core renter’s product, with recent additions of pet and life insurance. Having long foreshadowed its entry into auto, Lemonade officially launched its auto product in November and then quickly announced the acquisition of struggling pay-per-mile car insurer Metromile. The acquisition allows Lemonade to take a big leap forward in technology. More important, however, is the access to customer driving data that Metromile has accumulated since its founding in 2011. Also, Lemonade benefits from Metromile’s 49 state licenses, a key to rapidly scaling its business.

In auto insurance, both newcomers and incumbents are advancing into usage and behavior-based offerings, requiring technical capabilities.

In the commercial market, American Family’s purchase of digital exchange Bold Penguin bolstered its ability to provide options to agents and brokers. Recognizing that its proprietary AmFam or Main Street products will not always be the best solutions for customers, AmFam purchased Bold Penguin’s marketplace so that it can offer a range of choices that enhance the customer value proposition while also expanding distribution capabilities.

Distribution remained a critical strategic topic for insurers in 2021. Covid-19 changed the dynamics of both in-person and direct distribution, leading several companies to turn to M&A to reshape their distribution footprint and capabilities.

Liberty Mutual was particularly active in this area. Its announced purchase of State Auto in July positions Liberty Mutual as the second-largest carrier in the independent channel. Liberty quickly followed this move by shifting its exclusive agents into multicarrier digital agency Comparion. Both moves reflect a belief that consumers increasingly will value choice and that in-person selling will remain a strong part of the multichannel distribution landscape.

Covid-19 changed the dynamics of both in-person and direct distribution, leading several companies to turn to M&A to reshape their distribution footprint and capabilities.

Allstate’s acquisition of National General, which closed in January 2021, was another deal intended to expand the independent agent footprint. At the heart of Allstate’s move was a view that the role of the agent will change to involve more in-depth discussions aimed at understanding customers’ unique needs and providing them with relevant choices instead of processing information. This strategy requires better data and technology, and it refutes the notion that most consumers will be best served through purely digital channels.

The insurance industry headlines in 2021 were dominated by blockbuster deals that never happened. Chubb’s $23 billion to $25 billion offer for The Hartford failed to get off the ground in The Hartford’s boardroom. Aon’s attempted $30 billion acquisition of Willis Towers successfully navigated European regulators only to be grounded by the US Department of Justice.

The insurance industry headlines in 2021 were dominated by blockbuster deals that never happened.

While shareholders and regulators may hold a high bar, the insurance industry will continue to see such transformative deals in the years ahead as it grapples with rapid changes. The regulatory environment for scale deals is likely to get tighter. That requires acquirers to think through regulatory review and contingency planning upstream in the deal process vs. downstream. A lengthy deal process generates distraction (real or perceived) and disruption. Key employees leave for more stable pastures, customers can be wooed away in the wake of the uncertainty, and critical strategic priorities and innovation are stalled waiting for the deal outcome. All of this reinforces the need to deeply understand the regulatory hurdles early in the process, ensuring that the deal thesis and market value proposition of the combination will clear the bar and taking a proactive posture to enable an accelerated path.

Why are we doing this deal?

As insurers evaluate their position in the changing marketplace, M&A practitioners need to be clear about how M&A will advance the corporate strategy. That starts by asking three basic questions: How are we going to compete and win in the future? What capabilities and operating model do we need to achieve that? What’s the better way to acquire those capabilities and build that model—organic or inorganic?

With that clarity, insurers can effectively pursue deals that will help hasten the achievement of their objectives, giving them capabilities to expand distribution or build scale. 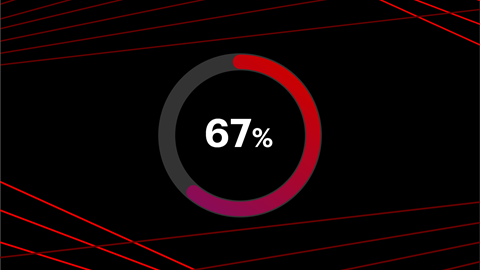